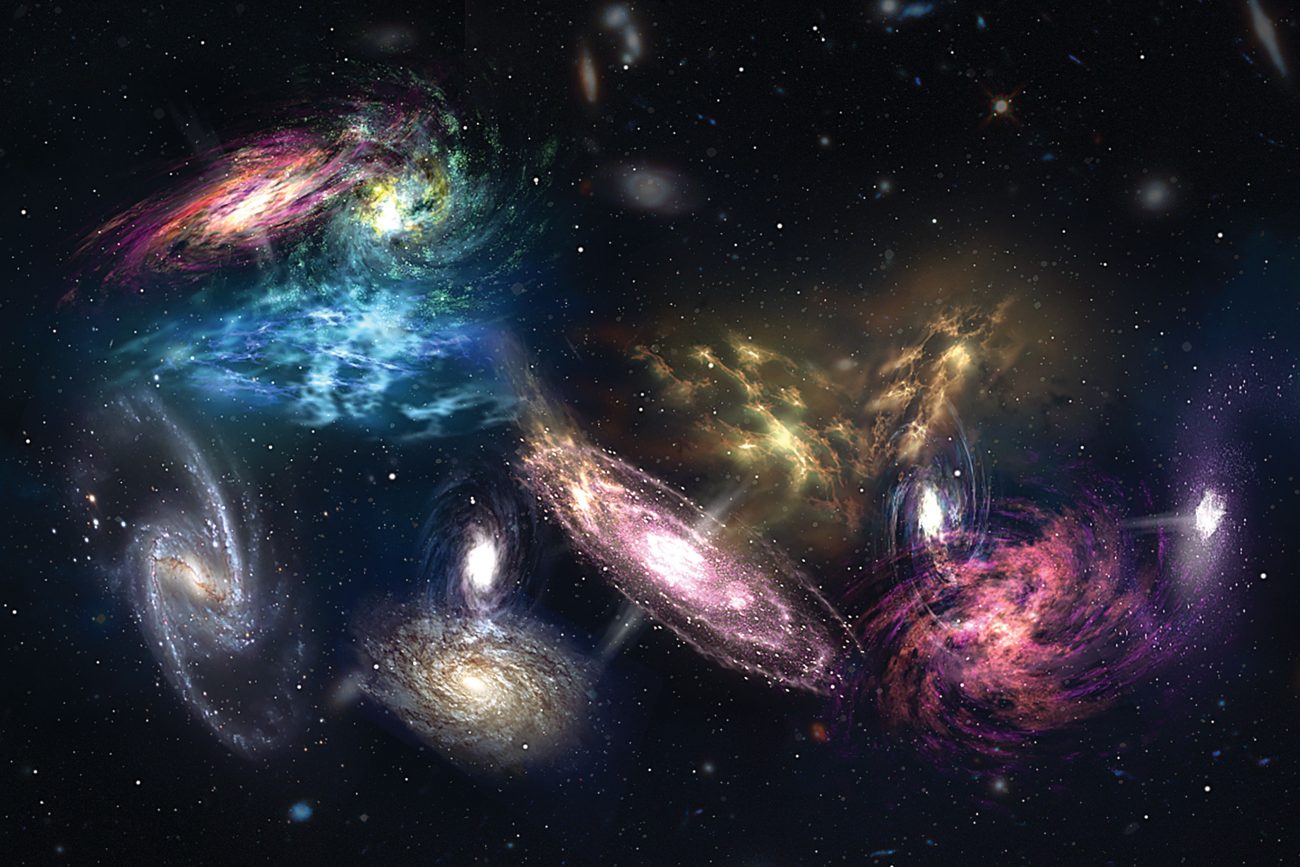 At least 14 gas-rich galaxies have been discovered on the verge of merging, according to a study published in Nature—and the authors say this is the most massive structure in the Universe.

Called SPT2349-56, this cluster lies about 12.4 billion light-years away. Within each galaxy forming it, stars are growing 50 to 1000 times faster than they are in the Milky Way. But the cluster takes up a space only three times bigger than the Milky Way—a density which means all 14 galaxies will be forced to quickly merge into one ‘mega-galaxy’, says study author Scott Chapman.

Further data from the Atacama Large Millimeter Array in northern Chile shows these 14 galaxies are just the beginning—there are even more galaxies close by.