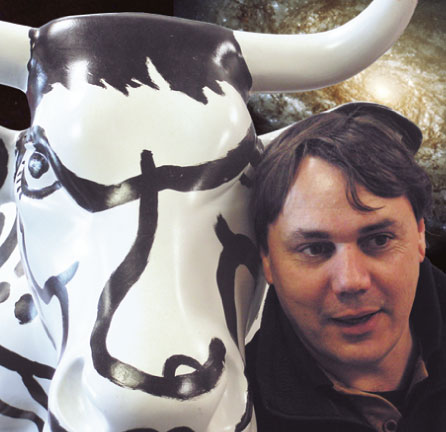 There is a common, but misguided, view of New Zealand Geographic: that it is politically partial and conservation focused, a green-spun publication. Hence, when the editor has the temerity to commission a viewpoint article from an environmentally challenged author—perhaps a nay-sayer’s piece on global warming, or an apologist’s view of GE, we get our fullest mailbags. We are accused of betrayal, of becoming a mouthpiece for Big Business­ we get it all!

That’s not to say that we scoff at environmental values here in the Geographic sweatshop. Far from it! Our natural history stories celebrate New Zealand’s unique organisms, and sadly, too often, the stories have titles like Kakapo—Bird on the Brink, Hoiho—Still on the Brink, Silence of the Fantails, or Disappearing Mistletoe, salient warnings that many of our treasured plants and animals face uncertain futures.

With such stories, we think there is little need to mount the soapbox and harangue the reader. Conser­vation values are self-evident in any comprehensive, impartial and honest accounting—which is what we aim for. We assume readers are adequately equipped to reach their own conclusions without the need for “spin” if the reported trend is one of declining numbers/habitat or voracious predation. Normally our writers quote people working in the field who express such views anyway, so there is little chance that a story on kakapo will omit a sense of their struggle for survival.

But, if the story involves logging on the West Coast, we will talk to logging interests as well as those who have chained themselves to the threatened vegetables. Balance is critical to informed understanding.

Aside from serving as a documentary of New Zealand geography, biodiversity, history and culture, we think there is another duty we can perform. Where one view of a situation already receives disproportionate repre­sentation, we are happy to present alternative ideas if they are considered, thoughtful and plausible. We run a regular viewpoint column and contributors are chosen for their thought-provoking perspectives.

The most vehement response we ever received to one of these columns followed issue 52 (Jul-Aug 2001) in which deputy editor (now editor) Warren Judd—who holds a PhD in zoology/cell biology—wrote a piece about crop-based genetic modification. His aim was to provide scientific back­ground on this topic at the time that the Royal Commis­sion on Genetic Modification was publishing its report.

In that column he pointed out, for example, that all the organisms we eat are in some sense transgenic anyway! Nature is nothing if not economical and the bulk of our genes, along with those of our food animals, are derived from bacteria, fungi and invertebrates. We are, so it seems, pretty much what we eat!

GM is a subject about which many people are in­tensely passionate. Some readers even cancelled their subscriptions to protest the article’s stance. While that response seems to me a trifle melodramatic, it at least indicates that Warren was correct in his belief that we could explore the issue in ways that other media had not.

In this issue we feature a story about Tuvalu, which due to its low-lying topography has become the cause célèbre of the global warming debate. Will Tuvalu and a host of other sea-level nations disappear under rising sea levels? Sadly the answer is almost certainly yes, although we lack sufficient knowledge to say just when these is­lands, atolls and similarly threatened landscapes will lose their fight to stay above the tides.

The process by which this is happening is both inevita­ble and unstoppable. For thousands of years the earth has warmed and sea levels have risen. This warming has not yet reached its peak but its mechanism has been set at least since we began climbing out of the last ice age, and, in an overview, long before that. Glaciation/interglacial epochs are a fundamental rhythm of our planet, happen­ing on average every 50,000 years, and each epoch is variable in severity and duration, determined by a raft of factors which are poorly understood. Land masses that fall into the zone between upper and lower sea levels are periodically submerged or revealed by these occillations.

To what extent, then, is human agency involved in the present warming? There is little doubt that industrial production of greenhouse gases has added a possible ac­celerant to this natural cycle, but the sum of that addition is hotly debated. Is it marginal, almost lost in the noise of other variables, or will it produce profound changes? Will our input accelerate warming toward its peak which is then sustained a little longer or will it push the peak higher—even catalyse a dramatic or unique climate shift?

Would we have done things dif­ferently at the start of the the indus­trial revolution (to which we owe our present standards of living, longevity and health) had we foreseen these developments?

No, we are the future eaters. Our civilisation is built on consuming limited natural resources following a model that assumes they are unlim­ited and that their processed byprod­ucts are not our concern. In much the same way that we trawl our seas ever more efficiently for dwindling marine resources, or wipe out forests that harbour diversity to create ar­able land for monocultures, interest in short term enhancements over­rides any pangs of concern arising from portents of whatever mess we might bequeath future generations.

Past civilizations have reached a zenith, then fallen. Many species came before us that are now extinct. While our habit is to see ourselves as a permanent fixture on this blue planet, our short history does not in any way support this view.