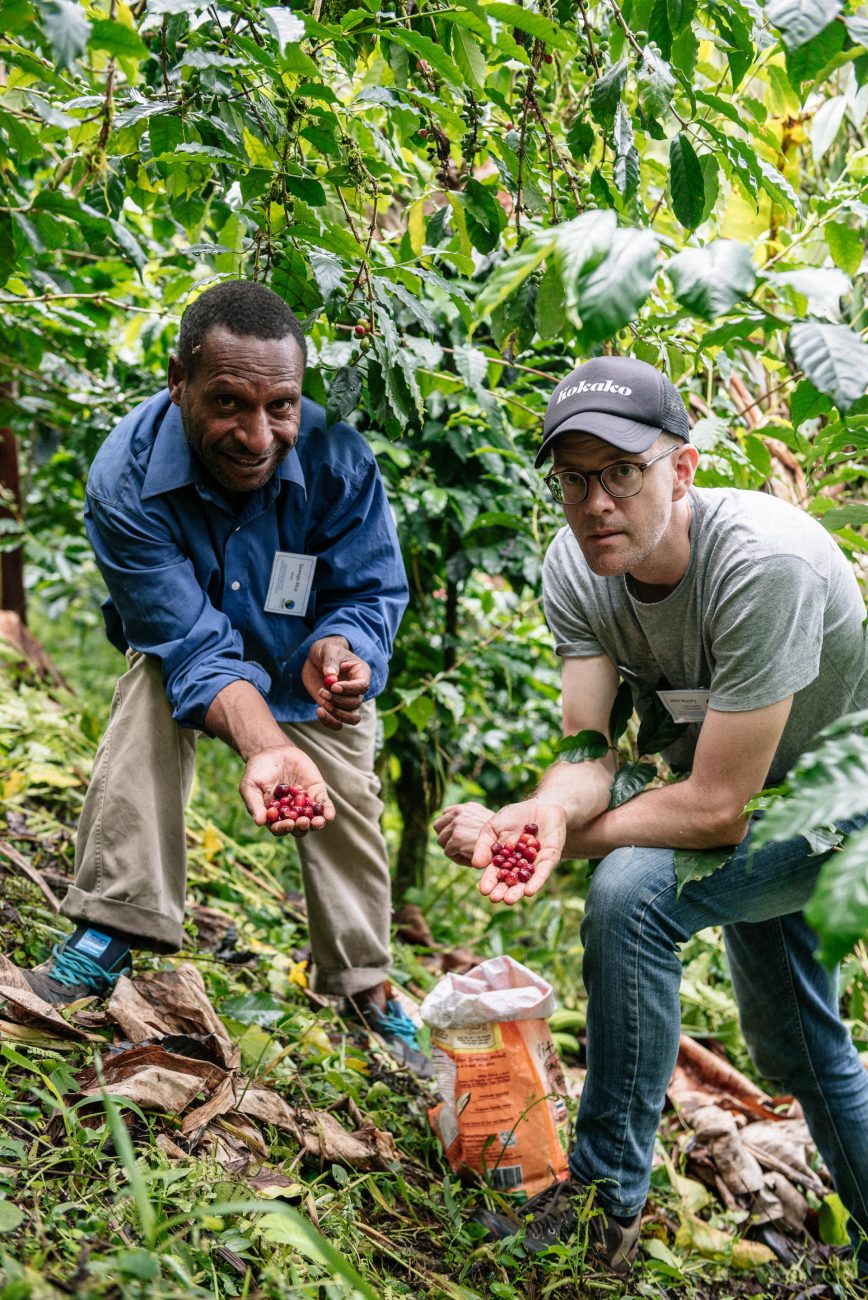 Kōkako Coffee started off as a coffee cart in Aotea Square around 20 years ago and it has always led with quality, Murphy says, but it has also embraced a range of accreditations that sit nicely underneath that. 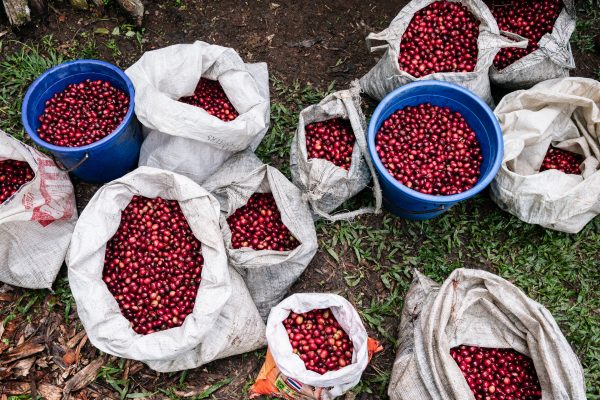 What Murphy recognised early on is that Fairtrade was “a great way for us to learn more about our industry and gain a really important connection to the growers and their businesses”.

“It wasn’t just about getting the accreditation on our bags and getting more people buying our products. It was that we could really immerse ourselves in the whole system and build relationships.”

Murphy first visited the Highlands Organic Agricultural Cooperative in Papua New Guinea in 2014 and he has been back four or five times since.

“We’ve got to know three generations of farmers there. We met one of the original founders of the co-op, who has since passed away. His son Daniel is now chairman and I also know his nephew. It’s quite surreal. When you’re over there and you’re showing them what we do with their coffee, it helps complete the loop.” 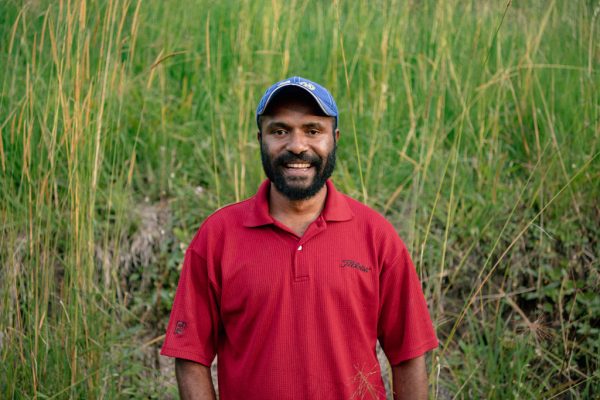 As Highlands Organic Agricultural Cooperative member Mitchell Ricky, who visited in 2019, says: “The relationships we’ve formed with roasters through Fairtrade are very important because they mean we have first-hand information on the quality of the product required by roasters that suit their market demand.”

The Fairtrade cooperatives Kōkako buys its beans from – whether in Papua New Guinea or around the world – all receive a minimum price guarantee. This offers them upside when the price is high, and a safety net when the price is low.

“It’s very helpful for us in reducing poverty and meeting the cost of production,” says Ricky. “It also helps farmers put their school-aged children to school and buy what they need.”

On top of that, cooperatives also receive the Fairtrade Premium – a payment based on total sales that is given back to them to spend on sustaining their communities. Murphy estimates Kōkako has generated around $50,000 over the past year and that kind of money makes a big difference in a developing country like Papua New Guinea. 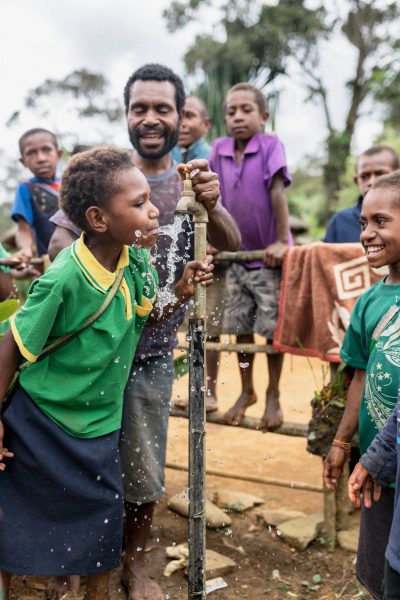 “The Fairtrade Premium has supported us in many ways,” says Ricky. “It’s helped with school projects like building teachers’ houses, building classrooms, supplying school library books and classroom desks; it’s helped with health by supplying mattresses for rural wards or maternity beds for mothers to give birth; and it has also helped us with a project that provided good water for more than 20 villages.”

Kōkako is what Fairtrade calls “a 100 percenter” and all the beans it buys are Fairtrade certified.

“We don’t chop and change,” says Murphy. “We haven’t gone with Fairtrade for a while and then pulled out, or just done one Fairtrade product line like some other brands … It does cost us more, as we’re paying a premium for the coffee, per kilo, over conventional coffee, but that’s the way we want to run our company.”

Covid-19 was very challenging for Kōkako, says Murphy. Eighty percent of its business was in hospitality, with a focus on the Auckland market. And when the first lockdowns were announced in March 2020, that vulnerability became all too apparent.

“It was one of those moments when you realise you had all your eggs – or your beans – in one basket.” 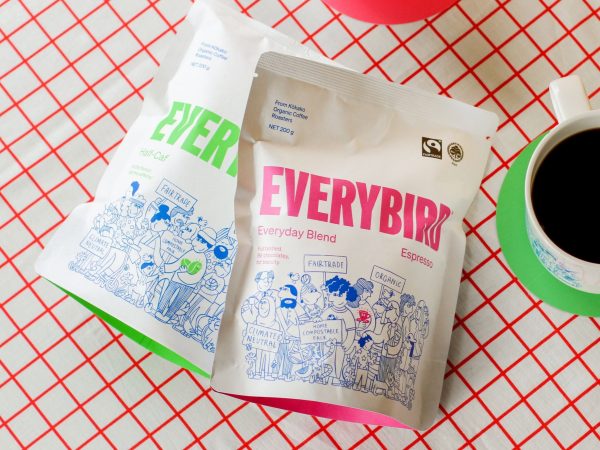 As a result, Murphy decided it was time to expand and diversify Kōkako to focus on retail and the result was Everybird, which was designed to be more accessible and playful than its parent.

While the restrictions led to plenty of financial pressure, he says the company’s well-established principles meant “we couldn’t just chuck some cheap beans in a bag”.

“There was never any doubt in our mind as to whether the beans for Everybird would be Fairtrade. When you think about coffee at scale, it’s not just what you can save on the green beans and roasted coffee. You have to find efficiencies everywhere else, like being clever with your packaging.”

Everybird is now available at around 100 retailers across the country, from large supermarkets (it will hit Countdown’s shelves from August) to independent grocers.

“It’s a combination of factors that helps us sell into grocery, but Fairtrade certification definitely supports it. The grocery stores have been really open to Everybird. We invest a lot in the design and packaging and we’ve done a new innovative blend called ‘Half-Caf’, which is new to the category in New Zealand.” 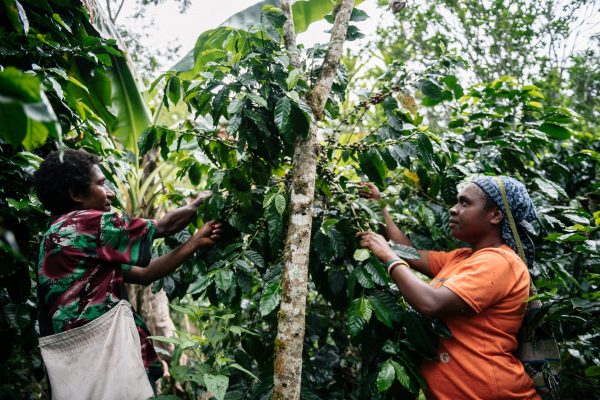 While some companies see compliance as an additional cost, those who promote so-called ‘credence attributes’ like lower environmental impact, positive worker rights or organic status can turn it into an opportunity to create premiums and differentiate themselves in the market.

“We have influenced our peers,” he says. “There are other roasters that have watched what we’ve done with Kōkako and Everybird. They’ve recognised the effort we’ve put in, we’ve stuck with our accreditations and we’ve become very good storytellers, and I think that’s become a real competitive advantage. I can talk about the Fairtrade story from crop to cup. We’ve got 20 years of documentation and blogs and diagrams that have helped educate the market.”

For any businesses contemplating signing on to Fairtrade, he says it’s a brilliant way to learn more about your industry and to empower your suppliers to learn more about how their products are used. And for consumers, many of whom may be weighing up purchasing decisions as the cost of living continues to increase, the Fairtrade mark remains a trusted badge of integrity and proves where your priorities lie.

“If you love having a beautiful coffee every day and you want it to be ethical, then choosing a Fairtrade coffee is a good way to go because you can feel good about your coffee and the people who grow it.”

If you love the great outdoors, then you’ll want to protect it for the future and the best way to do that is by kitting up with Macpac. Enter here to go in the draw to win a $1000 Macpac gift card.