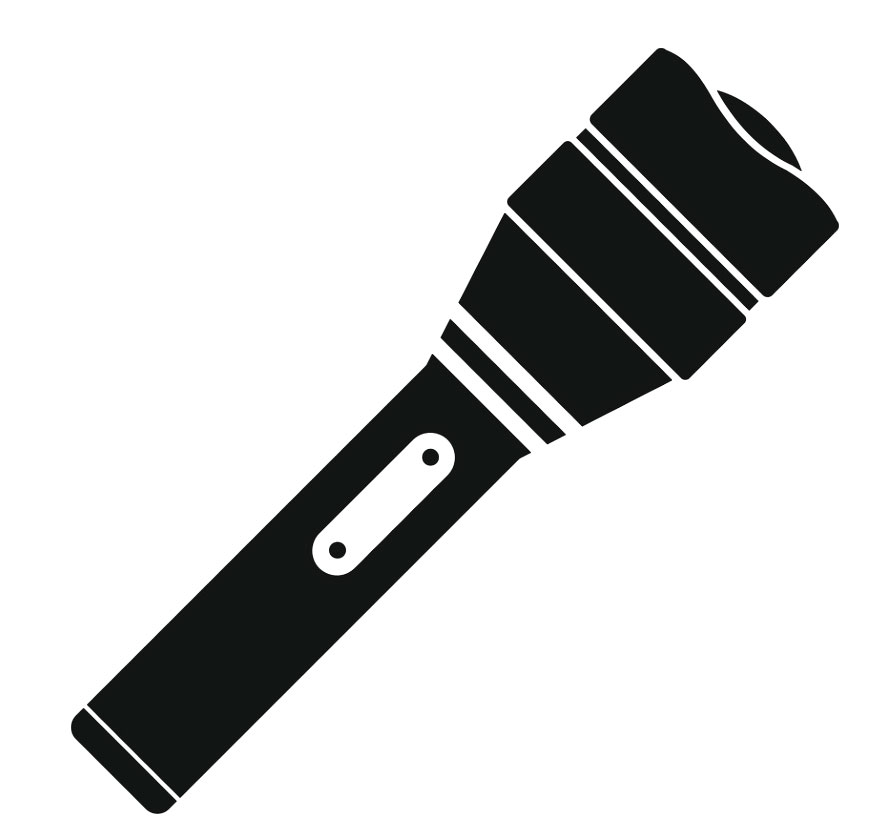 Anyone who’s spent a night in the forest knows that after dark the bush is a different and disorienting place. Distances seems greater, the air seems thicker, and sounds seems louder, as though nature dials up the volume knob after the sun sets.

On a recent winter’s night, I went walking in Le Roys bush with Auckland ecologist Bella Burgess. We heard the rasping of wētā, the distant shrieks of pukeko from a nearby wetland, an animated conversation between a pair of ruru that we never managed to glimpse amidst the branches above. Beside the track, an exposed clay bank had become a galaxy of glow-worms, their tiny pale lights seeming to shine from an impossible distance.

Then Bella switched on the ultraviolet torch she’d brought with her, and the bush came to life in a different way.

Under ultraviolet light, tendrils of coral fungi lit up in neon. Lichens glowed silver. Mushrooms fluoresced bright yellow, orange and red, as though lit from within—and I was surprised how many I hadn’t noticed under the light of my headlamp.

Some ferns had ultraviolet etchings on their fronds, while others of the same species didn’t. Was it a rust growing on them, perhaps?

The way living things respond to ultraviolet light is poorly understood, but we do know that other animals—especially birds and insects—can see this extra colour. Our limited vision is the exception rather than the norm, and our animal and plant neighbours live in a world that looks quite different.

One of the functions of this magazine is to show the world around us in a new light, and this issue, we’ve taken that literally, producing the first-ever ultraviolet-light photographs of a number of native bird species. These images are an attempt to approximate how birds see each other—not how humans see birds.

It’s dizzying to look at, to glance up from the page and attempt to visualise what other species are seeing. What we can see has a impact on how we understand. “The relation between what we see and what we know is never settled,” writes the art critic John Berger in Ways of Seeing. “Each evening we see the sun set. We know that the earth is turning away from it. Yet the knowledge, the explanation, never quite fits the sight.”

This issue of the magazine is about things that are hard to see, and about changes in sight. Nic Low writes about looking at a map of the South Island labelled only with Māori place names, the names that existed before Europeans arrived—so many names that the landscape shimmered with them like stars. He was struck by a sudden vision: the land wasn’t wilderness, as he’d always seen it. Rather, it was intimately known. At a more prosaic level, on page 76, Naomi Arnold learns that the view insurance companies take of the value of our homes may be quite different from ours. And on page 88, Dave Hansford grapples with the realisation that some trees might be… bad.

Shifts of perspective are often prompted by religion, which photographer Cameron James McLaren investigates on page 58. Faith traditions give people a way of recognising and interacting with the unseen: the dignity of living things, the sacred nature of selfless acts, the invisible bonds of community and culture. McLaren’s photo essay offers a window into religious practice in our largest city, a look at how New Zealanders are approaching aspects of the human experience that can’t be photographed.

With this being another issue finished under the protocols of a national lockdown, we’re all getting a new view of reality.