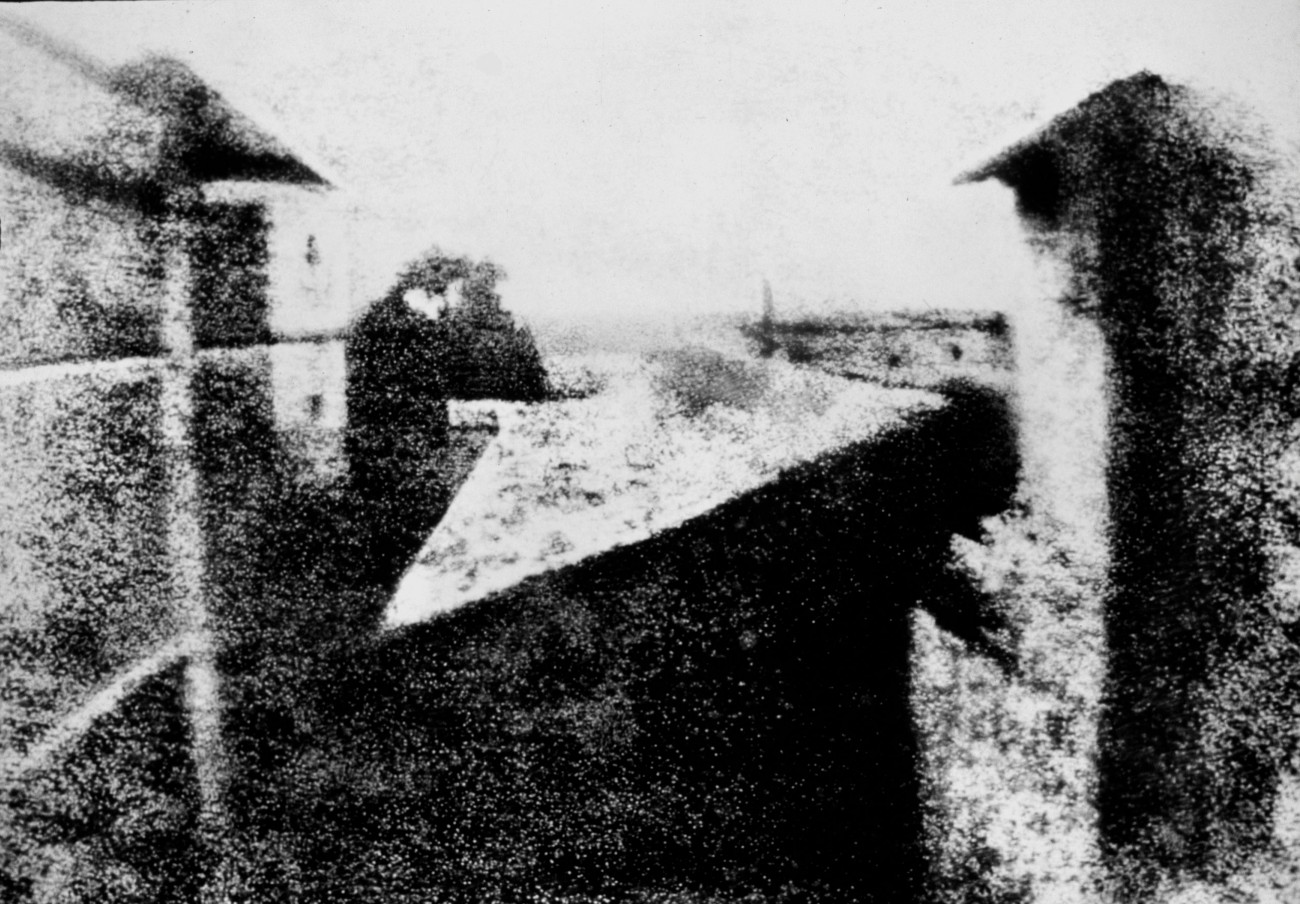 As early as 1793, the Frenchman Nicephore Niepce and his brother Claude imagined a photographic process, and experimented with various light-sensitive substances and cameras. In 1826, Niépce exposed a pewter plate coated in bitumen for eight hours to produce what he called a “heliograph”, or sun drawing, of a view from his window. Unlike his predecessors, who had also toyed with photographic optics, Niepce had succeeded in recording an image for posterity, and that act would become a cornerstone of photog­raphy. Unless an image was recorded, it was as fleeting as the moment itself.

These fuzzy images may appear unre­markable today, but this ability to store the past indefinitely must have seemed nothing short of magical at that time.

Over the subsequent century, photography became a pastime as well as a profession and lightweight cameras with flexible film formats spurred the propagation of the hobby, as would digital photography decades later.

Photographs for documentary or archival purposes have enormous historical value, even if not anticipated at the time. Further analysis of photographs taken of artefacts recovered from the Auckland Islands in 1996 led to the final identification of a wreck this year, a story which appears in this issue. Mike Wilkinson’s routine photograph of a button revealed the fate of the Rifleman and all those who went down with her nearly two centuries ago.

But photographs can be more than memory—they can change the future just as they alter our understanding of the past. They can inspire and motivate a viewer by presenting a new perspective. And that ability to move the viewer, and perhaps even influ­ence their future actions, is the hallmark of the most potent photography.

This is the fourth year of New Zealand Geographic’s annual Photographer of the Year competition. We received a record number of entries and the best work exuded the values that have always made great photography popular. An estimated 145,000 people visited the exhibition at Auckland Museum (which continues until February 2013), and many took the opportunity to pick their favourite from among the finalists—democratising the judging process as social media has democratised the internet. In this issue are the results, a new vision of New Zealand just as Niépce recorded his perspective of rural France, for posterity, for insight, and for the sheer magic of freezing time.