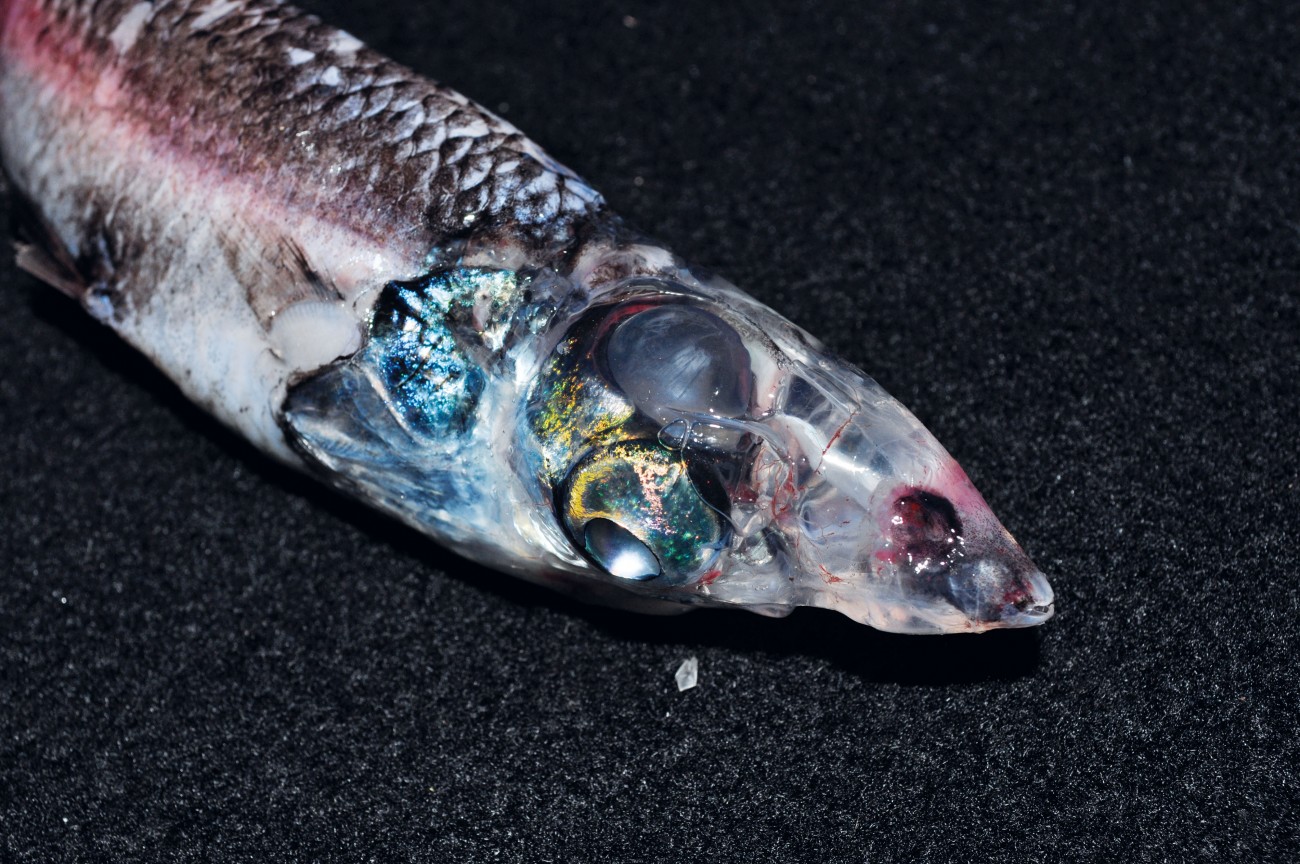 A novel type of eye has been discovered in a deep-sea fish living at a depth of 800–1000 metres in the Tasman Sea. The eye, which features a mirror retina that enables sight in almost all directions, has never been found in vertebrates.

The glasshead barreleye, Rhynchohyalus natalensis, can look only upward, to spot silhouettes of mates and prey above against the very dim sunlight at those depths. This enables a meagre field of view of only 50º. However, scientists have discovered a second retina within its eye which functions much like a mirror. This extends the fish’s field of view to almost 360º, enabling it to sense blue-green bioluminescent flashes of predators or prey beside and below it.

There is one other vertebrate with this unique combination of lenses—the brownsnout spookfish. But it’s still different—the reflective crystals in its retina form differently, suggesting that the two species evolved this special eye independently.

The unusual adaptation may have come about because of other limitations. To achieve acuity and sensitivity in the depths of the ocean requires a very large eye, says Julian Partridge, lead researcher on the University of Western Australia study. “You can’t have a huge eye if it won’t fit in your head. So the answer is a tube eye, and accept the limited field of view. They are essentially just like very large normal fish eyes, but with the sides trimmed off.”

The vertebrate eye came about during the Cambrian period some 450 million years ago, and has remained almost the same in vertebrates ever since. “The differences between fish, bird and mammalian eyes are pretty small, considering how different such animals are,” says Partridge. “But then this one group of spookfish have managed a new evolutionary trick, the evolution of a diverticulum eye, to increase their field of view.”