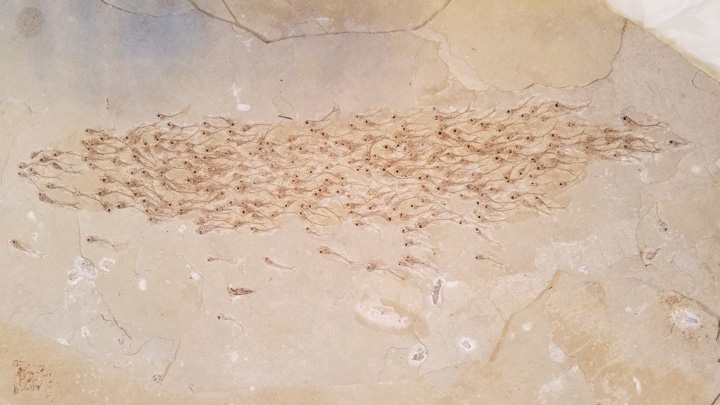 Fish have been forming shoals since at least the Eocene Epoch, according to this fossil of 259 tiny, extinct Erismatopterus levatus, which lived about 50 million years ago in giant lakes that covered Wyoming, Colorado and Utah in the United States. By analysing the positions and swimming directions of the fish, researchers from Arizona State University found their group behaviour to be the same as fish species today: they avoid straying too far from the shoal and swimming too close to each other. Communication and behaviour are usually absent from the fossil record, but in this case, a mystery remains: how were these fish preserved mid-swim?