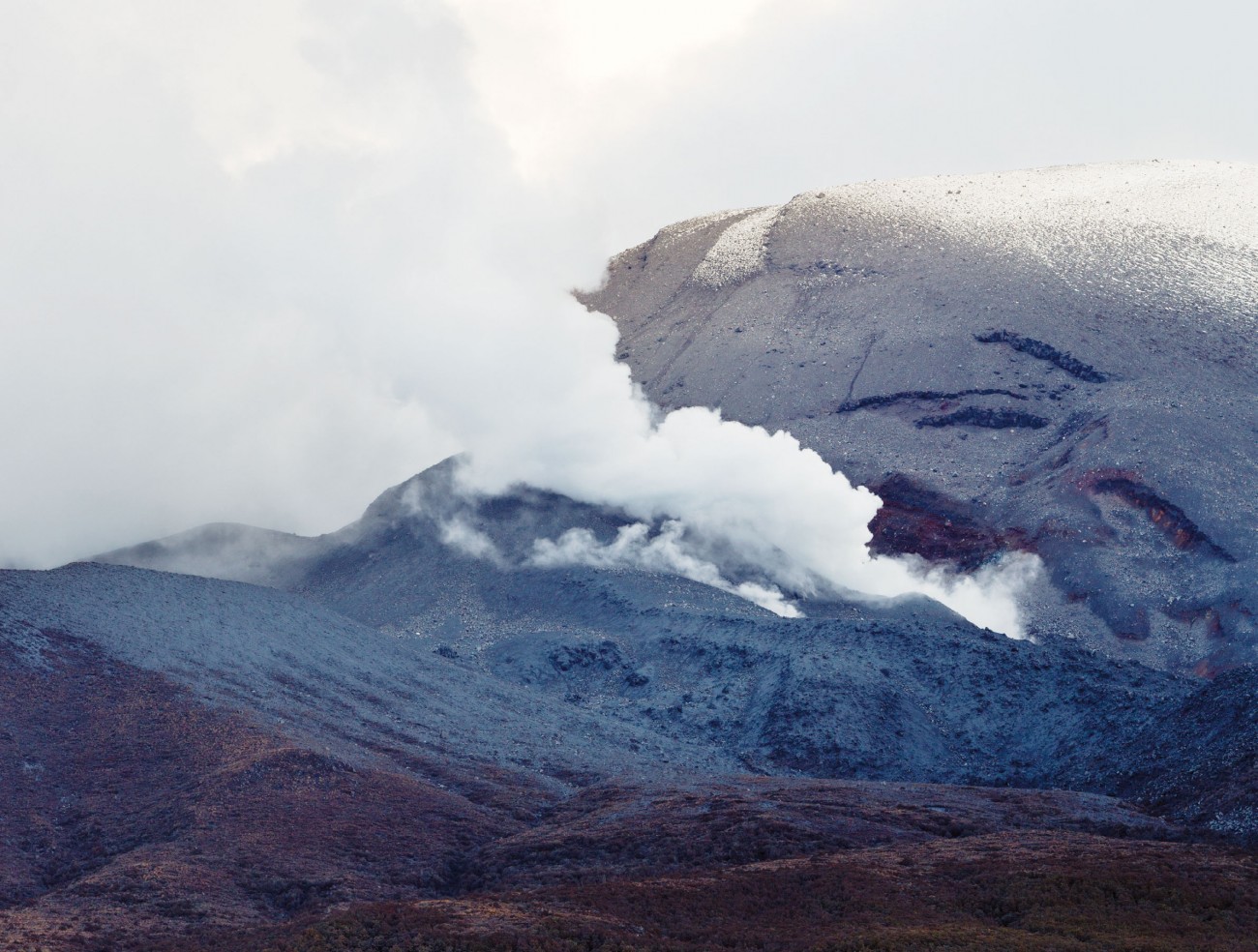 The massive volcanic complex of Tongariro has been quiet for well over a century. Hundreds of thousands of tourists have trekked across its gravel flanks, peered into the scoria fumaroles of Red Crater and marvelled at the colour of the Emerald Lakes—themselves craters from eruptions.

The last significant eruption from Tongariro was in 1897. All recent activity has been subcontracted to the massive stratovolcano of Ngauruhoe, itself a vent of the Tongariro complex so large that it is widely regarded as a separate mountain (and immortalised in Peter Jackson’s movie trilogy The Lord of Rings as Mount Doom).

On August 6 this year, shortly before midnight, a powerful explosion from several new vents around the Upper Te Mari crater sent rocks as large as one metre in size hurtling up to two kilometres from the vent and ejected some 10,000 cubic metres of ash that fell upon the Rangipo Desert and blew with the wind as far as Napier. The Desert Road was closed, and air traffic re-routed or cancelled to avoid the plume of ash.

Though minor volcanic earthquakes an increase in the flow of volcanic gases were detected by GNS Science in July, there was nothing that could have alerted scientists to the forthcoming eruption.

Now, weeks after the event, volcanologists have been able to analyse the ash ejected from the new vent and gas samples taken from the steam still rising in great plumes above the Te Mari craters. Massey, Canter­bury, Victoria, Waikato and Otago universi­ties collaborated with GNS on microscopic and geochemical analysis of the samples, concluding that there was very little new magma in the ash and debris.

But, says volcanologist Michael Rosen­berg, “I’m not sure we’ve got a straight answer yet. There are some volcanic glass shards in the ash, but we can’t be certain that it isn’t left over from the 1897 eruption.”

The lack of new volcanic glass suggests that the eruption was mostly driven by a change deep beneath the volcanic complex which allowed molten magma to come into contact with the mountain’s shallower hydro-thermal system. Analysts have referred to the eruption as a “degassing episode”.

“Something has squeezed magma under the volcano and it penetrated the shallow hydrothermal system,” says Rosenberg. “As time goes on without more seismicity or explosions, it’s more and more likely that this was a one-off event.”

The eruption coincided with a substantial increase in volcanic activity at White Island, part of the same extended Taupo Volcanic Zone. Pure coincidence?

Yes, says GNS geologist Bradley Scott. “Volcanoes are all individuals; each has its own magma with its own distinctive chemical signature. It’s geographically impossible to connect White Island’s underlying blob of molten material with Tongariro’s—they are separated by a couple of hundred kilometres.”

But if the volcanoes are all on the same plate boundary, surely one event could trigger a few eruptions at once? “That’s the 64,000 dollar question,” says Scott. “What triggers them when they are ready to erupt? It has long been felt that the volcano has to be primed and ready, then some factor sets it off. New plate boundary science work is starting to produce a few hints, but none are conclusive as yet.”

And as for the future of Tongariro, well, “the jury is still out”, says Rosenberg. “The first sign of magma intruding again would be volcanic seismicity, the sort of continuous tremor we see on White Island, for instance, and high levels of carbon dioxide and sulphur gases.”

But measuring those gases can be difficult. “We can’t get close to the Te Mari craters because it’s too dangerous. We can’t get anyone on the ground to collect samples. And we can’t fly aircraft under the plume to collect gases,” says Rosenberg. So when will Tongariro be safe again? “That’s what we’re asking ourselves every day.”