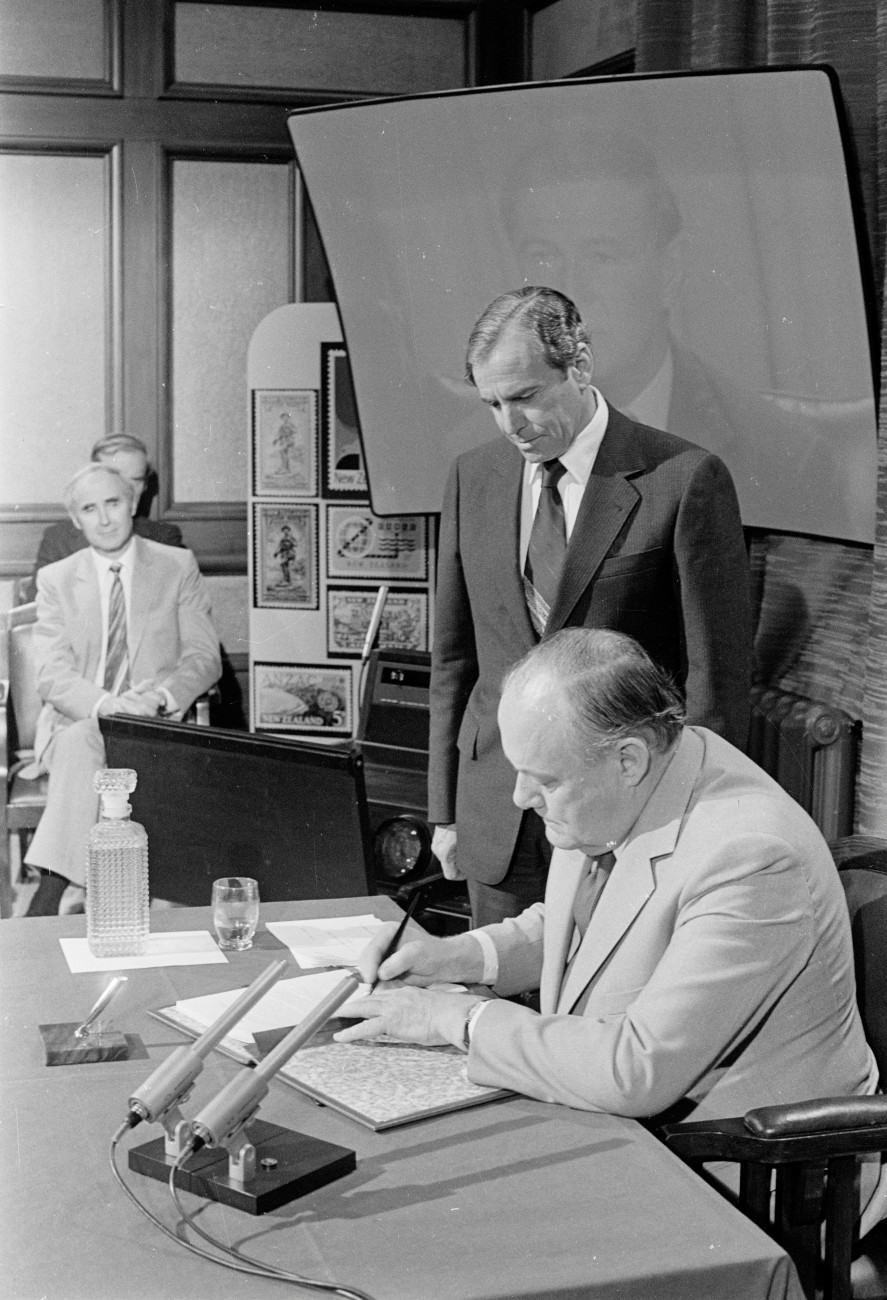 On Monday, March 28, 1983, Sir Laurie Francis put his name to an official document that had been more than 100 years in the making. Alongside New Zealand’s High Commissioner in Canberra that day, to countersign the document, was Australia’s Deputy Prime Minister, Lionel Bowden. Miniature desk flags, press microphones and dutiful page-turning aides underscored the historic significance of the occasion. What the two Tasman nations had just agreed would be hailed by the World Trade Organisation as “the world’s most comprehensive, effective and mutually compatible free-trade agreement”.

The implications of the cumbersomely named Australia New Zealand Closer Economic Relations Trade Agreement (CER for short) were huge. It outlined the phased removal of customs duties, export incentives and import licensing between the two countries and opened the way for largely free trade in services, a single trans-Tasman market for government procurement and more straightforward travel and investment.

Economics has always been at the heart of New Zealand’s relationship with Australia. As early as 1870, Premier William Fox had attempted to introduce trade reciprocity, but Britain blocked the legislation that would have reduced tariffs for the Australian colonies. A similar attempt by Premier Richard Seddon’s government to strike a trade deal with South Australia 25 years later was stalled by Australia’s moves to federation. Some progress was made in the 1920s and 1930s, but strong ties and preferential agreements with Britain constrained what could be achieved. As a result, the proportion by value of New Zealand’s trade going to Australia dwindled from 60 per cent in the 1860s to just five per cent in 1920.

A limited agreement between the Tasman neighbours—the New Zealand Australia Free Trade Agreement (NAFTA)—was signed in 1965. But it was Britain’s entry into the European Economic Community (now the European Union) in 1973—which foreshadowed an end to unrestricted access for New Zealand’s dairy products—combined with the first oil ‘price shock’ of the same year, that concentrated Antipodean minds on forging a more substantive and durable basis for trade.

Though Australia’s Liberal leader, Malcolm Fraser, and New Zealand’s Prime Minister, the feisty chameleon Robert Muldoon, were said not to get along, their respective deputies, Doug Anthony and Brian Talboys—both farmers—did. Muldoon was steadfastly in favour of the deal—calling the idea of a single trans-Tasman market “logical” and “inevitable”, but it was in large measure the determination and skill of Anthony and Talboys that steered the process to a successful conclusion.

CER was undoubtedly effective—though there was debate about who benefited more. Australia gained a new domestic market the size of Queensland, and New Zealand’s domestic market effectively grew six-fold. In 2014, goods shipped to Australia reached $8.7 billion—just under 18 per cent of New Zealand’s total exports. The agreement continues to evolve, and now consists of more than 80 treaties, protocols and arrangements.

But the road since 1983 has not been smooth. New Zealanders have become increasingly suspicious of binding deals—done largely behind closed doors—which appear to sacrifice sovereignty for modest economic gains.

The Uruguay round of the General Agreement on Tariffs and Trade (GATT), signed in 1993, was criticised for just that reason. As is the controversial Trans-Pacific Partnership, an agreement among 12 Pacific Rim countries that was signed in Auckland in February 2016.

When it comes to trade deals, it seems, New Zealand’s honeymoon may be over.