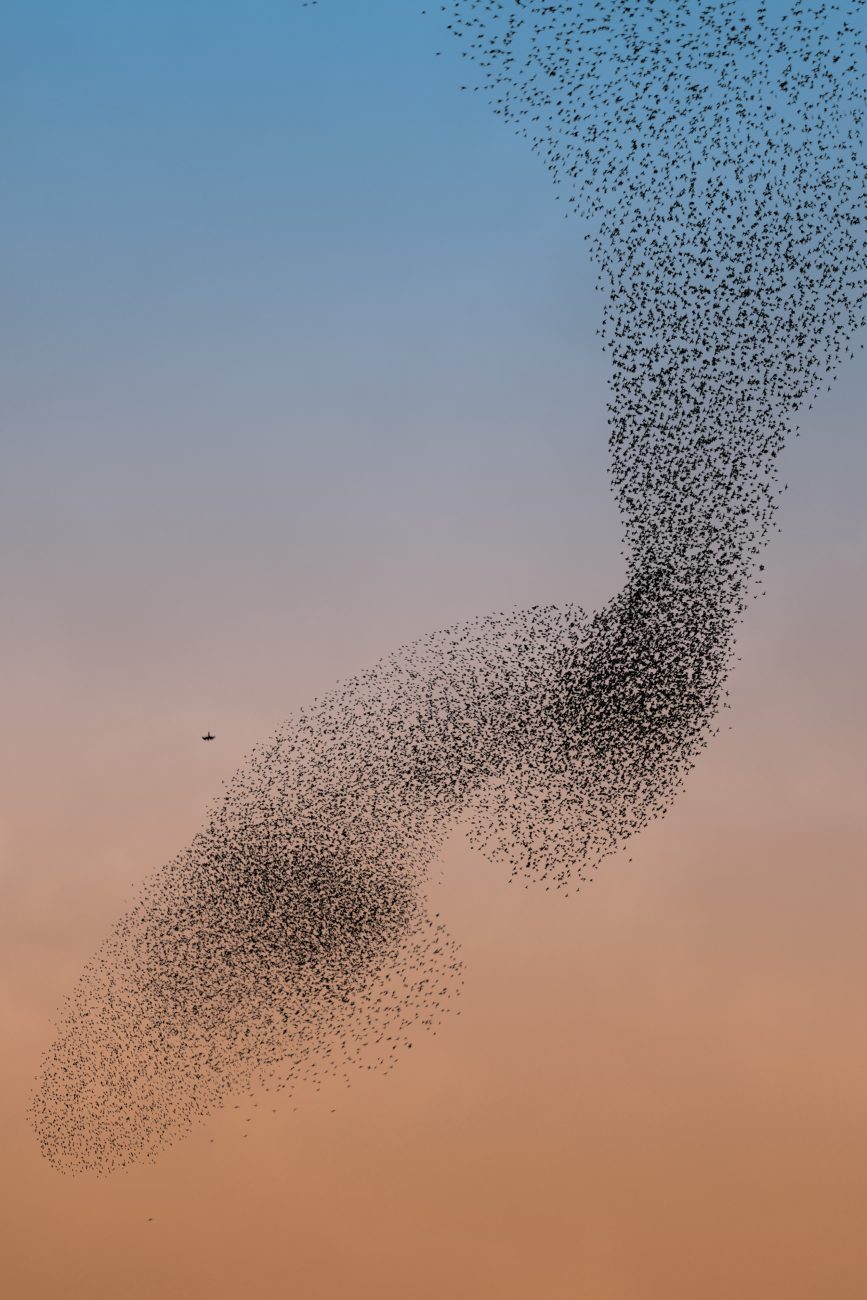 Starlings swoop and soar as a single organism to deter or confuse would-be predators, such as the falcon pictured. The spectacle, known as a murmuration—described by American poet Richard Wilbur as “a drunken fingerprint across the sky”—has long intrigued theorists. Ancient Romans believed that patterns observed within murmurations were messages from the gods, and in the 1930s, British ornithologist Edmund Selous suggested that birds achieve swarming flight using telepathy. Now, scientists have added two more theories to explain the phenomenon.

Two separate research groups looked at starling murmurations and published their findings within two weeks of each other.

An Italian study found that birds carefully observe their neighbours. A small group of leader birds might bank, and in a fraction of a second their neighbours respond accordingly, and the message propagates throughout the group at a rate of 20 to 40 metres per second. But rather than monitoring their neighbours’ direction, they follow the radius of their turn.

Another study, from the University of Warwick in England, suggested that the birds might also be taking cues from the portion of the surround­ings they can make out through the flock—a finding first deduced from the fact that the birds are never so close together that the swarm is opaque: you can always see a bit of sky through the flock. The birds, then, are informed by the patterns of light and dark that shift with the shifting path of the flock.