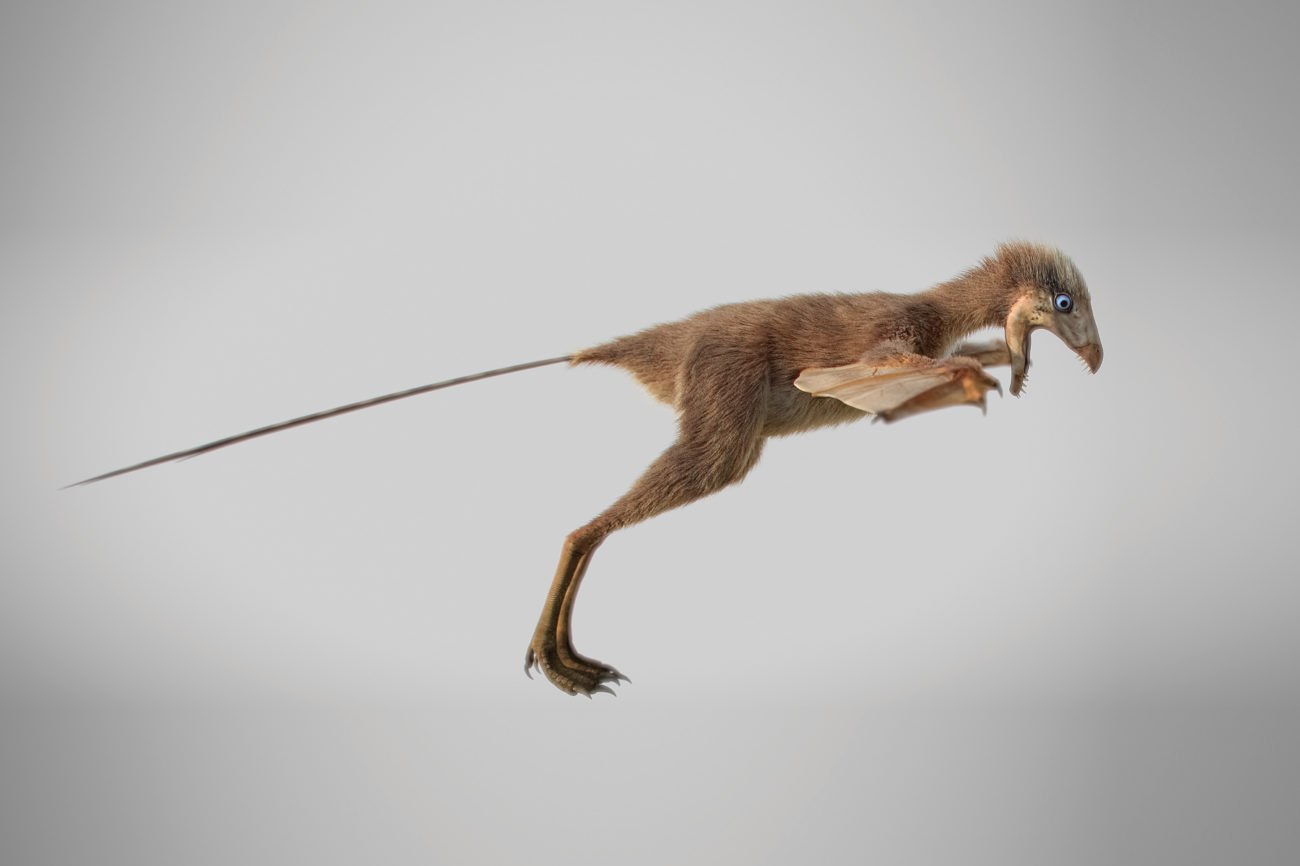 It’s not a squirrel, or a bat, but a dinosaur that acted like all three. The newly discovered species Ambopteryx longibrachium lived in the forests of China 163 million years ago, climbing trees and gliding between them.

Ambopteryx, which was described in a paper published in Nature in May, is only the second feathered dinosaur to have been found with signs of membranous, bat-like wings. The first, Yi qi, or ‘strange wings’, reshaped theories about the evolution of flight following its 2007 discovery. (It’s now believed that dinosaurs developed flight up to four times, using multiple types of wings.)

Ambopteryx is a member of the scansoriopterygid family: tiny, feathered, lightweight dinosaurs. Alive, it probably weighed a few hundred grams, or about the same as a burger. It had long hands and fingers, feet suited to perching, and wrist bone called a styliform which looks like it would support a wing.

“These fossils demonstrate that, close to the origin of flight, dinosaurs closely related to birds were experimenting with a diversity of wing structures,” write the authors.

Now, the hunt is on for relatives of Ambopteryx and Yi.