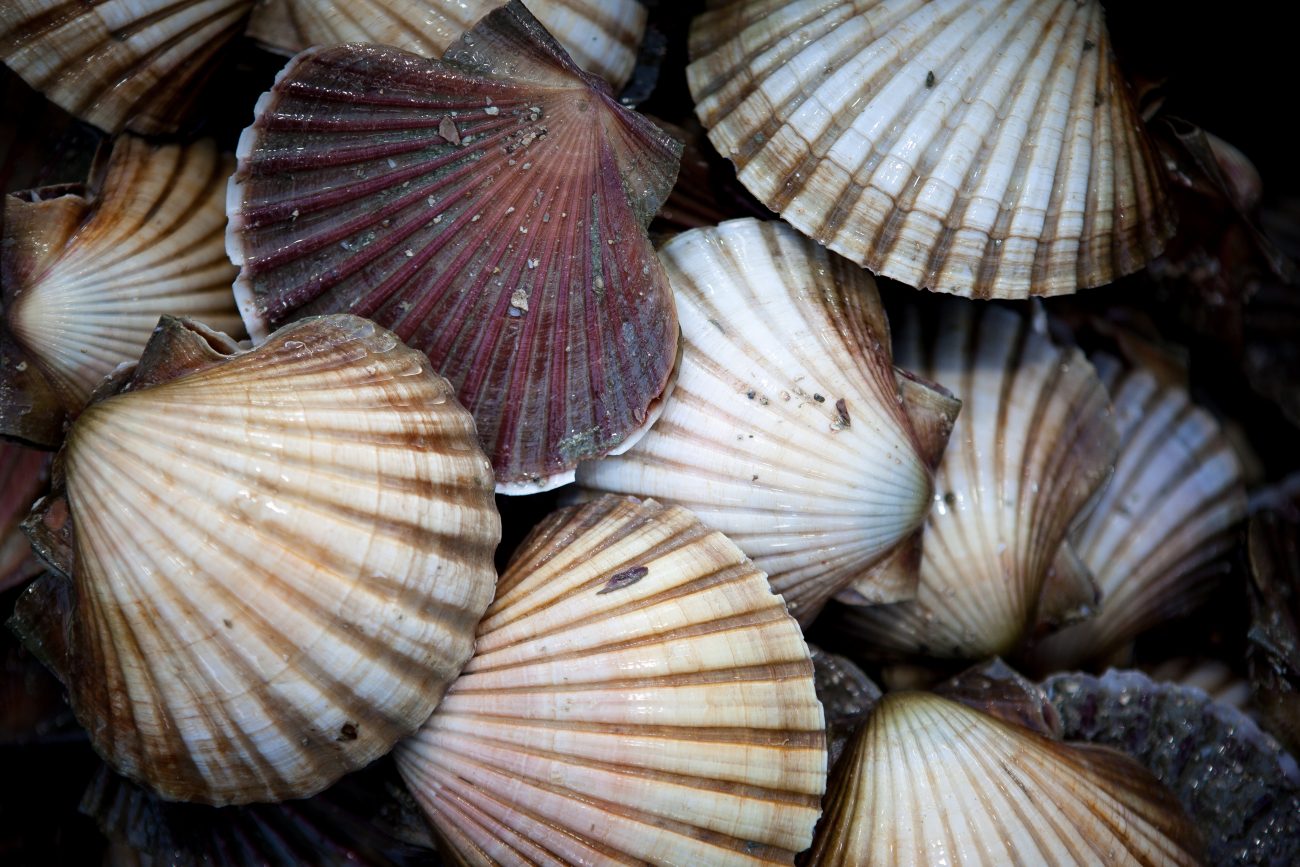 Last year NIWA published the results of its comprehensive survey of northern scallop beds. It showed a fishery in tatters, with scallop populations at historically low abundance and few beds productive enough to support commercial dredging—a method which causes permanent damage to the sea floor, but the only one the industry considers economically feasible.

With scallop beds elsewhere in New Zealand already collapsed and closed—in Marlborough, Golden Bay, Tasman Bay, Kaipara, Stewart Island, Wellington and the Chatham Islands—the northern region is the last remaining commercially viable source of the shellfish, but it’s been depleted 93 percent in the past two decades.

“Scallop beds in the region are in bad shape… The results of the 2021 biomass survey are alarming,” said Oceans and Fisheries Minister David Parker.

This wasn’t news to recreational scallop fishers, nor Māori. Last August, Ngāti Hei declared a rāhui over part of the east coast of Coromandel to allow scallops to recover, though it was trampled just days later by a commercial operator dredging the bay while flying a pirate flag. Fisheries New Zealand closed the area in September. Two months later, at Ngāti Pāoa’s request, it closed the waters around Waiheke Island to the take of scallops, mussels, rock lobster and pāua for two years.

On March 29, Oceans and Fisheries Minister David Parker announced the complete closure of the commercial and recreational scallop fisheries in Coromandel, Northland, and the Hauraki Gulf, except for two defined areas, one around Te Hauturu-o-toi/Little Barrier and the other near the Colville Channel off Aotea/Great Barrier—both among the only productive scallop beds left in the Gulf, and both areas covered by rāhui.

Ngāti Manuhiri, whose rohe includes Te Hauturu-o-toi, in February placed a rāhui tapū on scallop fishing around the island, and other locations in the northern Gulf, including the Colville Channel. In addition, they have applied for a temporary closure of the fishery under section 186A of the Fisheries Act, which would give government backing to the rāhui and allow for enforcement.

Instead, commercial (and recreational) dredging looks set to intensify in those very locations under the new rules—a decision that has left Ngāti Manuhiri chief executive Nicola MacDonald “shocked and deeply disappointed.”

“Keeping this open is an invitation to wipe this species out,” she says. “The Minister is undermining indigenous customary practice by allowing commercial fishing to occur in areas that are under our protection.”

“The decision to allow dredging for scallops to continue in the area of Ngāti Manuhiri’s tikanga rāhui shows disregard for iwi leadership and efforts to protect their rohe moana,” says Bianca Ranson, Hauraki Gulf Coordinator at Forest & Bird.

Under the new measures, the total allowable commercial catch for the Hauraki Gulf has been reduced from 50 tonnes to five tonnes, with three tonnes allowed for recreational fishers—but those eight tonnes will all come from the waters off Hauturu and Aotea.

“These are two very special islands,” says MacDonald. “Hauturu is the most heavily protected island in New Zealand, and yet right on its doorstep is sanctioned commercial raiding… It makes me want to puke.”

In selecting the ‘partial closure’ option, Minister Parker was aware that the fisheries decision would affect the forthcoming 186A application that seeks to ratify Ngāti Manuhiri’s rāhui. Now the minister is faced with a cliffhanger: Will he close these last areas he’s just allowed to remain open to harvest, enraging the fishing industry, or instead deny iwi the opportunity to protect a taonga species, a much-loved kaimoana?

If that wasn’t enough, the conspicuous failure of New Zealand’s famed scallop fishery also raises the biggest question of all: How does a world-leading management system allow the collapse of the fisheries it is designed to protect?