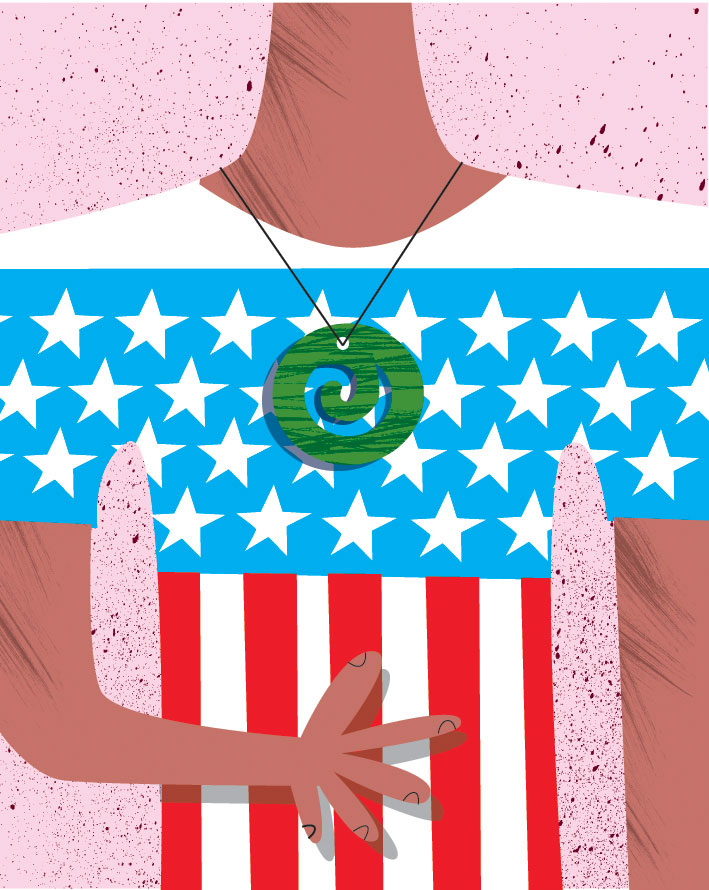 At some level, our children have always known they were Maori. But it was a thin and abstract kind of knowledge, because until very recently, everything they knew about New Zealand came from books and movies and television. They had occasionally encountered other New Zealanders here in the United States, where they live, but because of the way our lives have played out, they had no firsthand experience of New Zealand. In fact, until very recently, the only other Maori they’d ever met was their father.

Last June, however, we embarked on what you might call a ‘corrective’ adventure, one that my husband and I hoped might begin to address this deficiency in our children’s knowledge of the world. Over the course of eight weeks, we travelled from Boston to Melbourne and back again, with stops in the Marquesas Islands, Tuamotu archipelago and Tahiti in French Polynesia, Tonga, Fiji, Vanuatu, Ha­waii and New Zealand—a journey of more than 40,000 kilometres with our three teenage sons in tow.

The purpose of this trip was to undertake research for a book I am writing about the settlement of remote Oceania by the ancestors of today’s Polynesians. And while I could, in theory, have undertaken this journey on my own, I much prefer to travel in the Pacific with my husband, who, being Maori, makes connections both abstract and practical that are quite outside my range. There was, however, no necessity to take the children on such a long and complex (not to mention expensive) trip. And yet, they are them­selves Polynesian, whether they know it or not, and we felt that we could hardly make a once-in-a-lifetime sweep through their ancestral homeland without bringing them along. And so we cheerfully dragged them over ridges on Nuku Hiva and down into limestone caves on Tongatapu and up into the mape forest on Moorea in the firm conviction that, even if they failed to grasp the larger picture, they would at least remember what they saw.

But there was one stop on the trip that was always going to be important, and that was New Zealand. In a very few years, my husband will have lived more than half his life out­side New Zealand, and when he stepped off the plane in July, it was the first time he’d been home in 12 years. He grew up in a small Northland community and has dozens, if not hundreds, of relatives who are all still there. For him it was a moving experience, challenging because there were so many people to see and so little time to do it, but poignant in the way that revisiting the past invariably is.

For the children, on the other hand, New Zealand was a curious mix of the unutterably strange and the welcome familiar. After weeks in the islands of tropical Polynesia, where everything had an exotic but slightly scruffy feel, New Zea­land, with its gleaming airport, broad motorways and recognisably suburban settings, seemed almost like home. At the same time, there were things that were definitely peculiar. I think it would be hard to overstate how odd a ponga or a Norfolk pine looks to a New Englander, or how much novelty there is in a landscape of conical volcanic hills or, believe it or not, a meat pie.

But the main thing about New Zealand was that, despite having no memories of the place, the children knew that it was, in some sense, their country. They are passport holders, citizens, natives, and if tropical Polynesia represented some kind of theoretical foray into their ancient past, New Zealand was the home they’d never seen. Everywhere they went they were embraced by relatives—aunties, uncles, cousins of every degree—in a display of affection that was extraordinary but also slightly overwhelming. Leaving the house of one of his new family members, our youngest son asked, “Were any of those people my first cousins?” as if nailing down the actual relationship would help.

I don’t know whether it was this introduction to the whanau, or the particular beauty of the land, or the fact that there were malls and movie theatres, or whether it was simply a matter of the climate—cool and crisp and obviously temperate—but the children were almost magnetically attracted to New Zealand. Before we left, we stopped in a shop and bought them each a greenstone pendant: a fish­hook for the youngest, a koru for the middle child and an adze for the eldest. It was their idea, not ours, and they wear them devotedly as signs, I believe, of their newfound identity—symbols of something they have only now glimpsed about themselves.