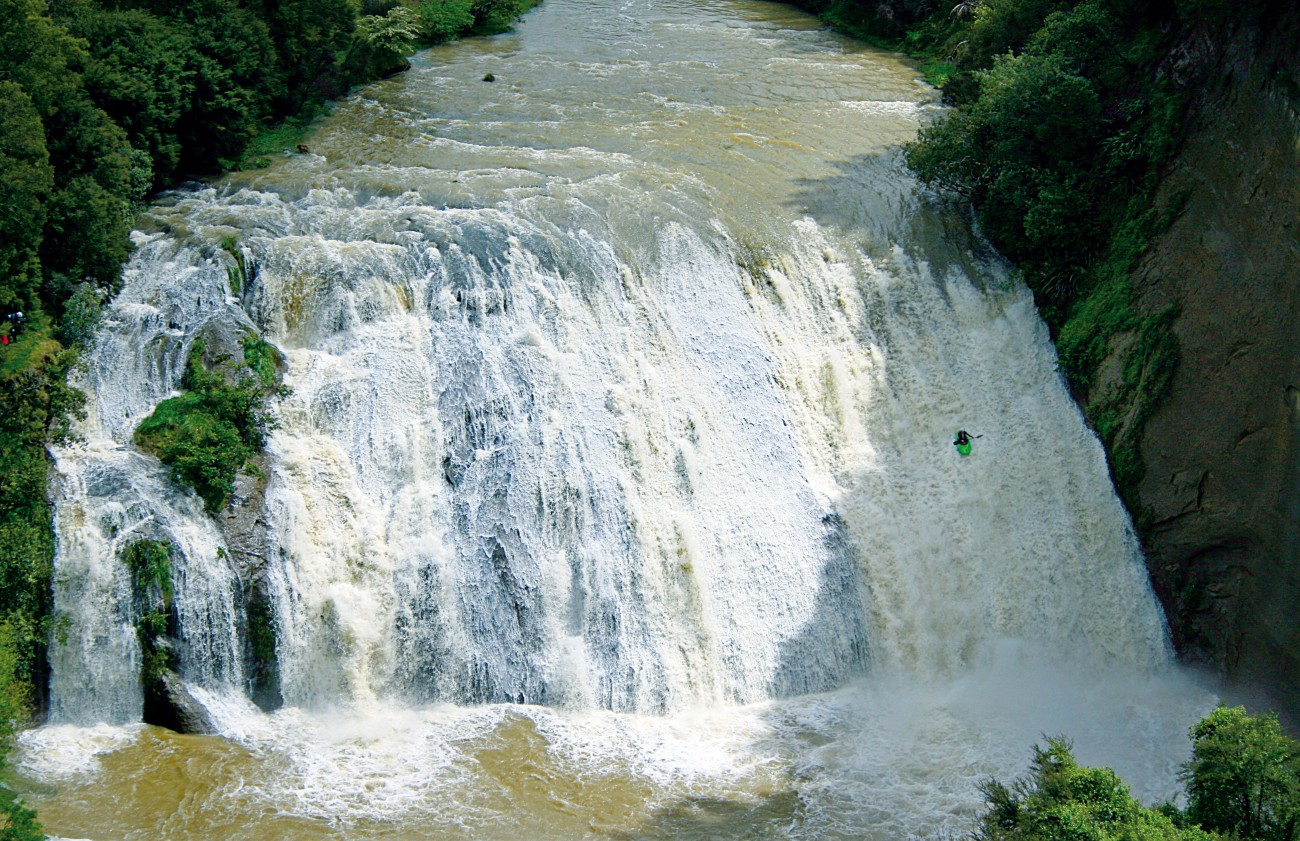 Hawke’s bay has long been a destination for beginner to intermediate whitewater kayakers. But in the hope of something to thrill the experts, Matt Danes spent his spare time searching Google and topographical maps, and finally found six large waterfalls on a one kilometre stretch of the Waihi Stream in inland Wairoa. But there was a hitch.

A dam forming Lake Ruapapa diverts water to a power station producing 5000 kW of power for Wairoa residents. In order for the stream to flow enough to kayak, it requires torrential rain to spill over the top of the dam. More than 200 ml of rain on October 14 provided this possibility.

Safety was set, cameras were rolling and Tyler Fox peeled out of the eddy and into the flow. Entering the slide down the left hand side of the river where most of the flow was, he accelerated over the lip of the drop. Within a second he had dropped 20 m on a 45º slope into the pool below. The second and third (also the largest) drops went comparatively smoothly, but not so the last.

Paddling first, Sam Roil was sucked into a pocket below a 10-metre vertical face. The situation was precarious and after a few nervous minutes he was hauled out with a throw line, his kayak and paddle sucked to the bottom and tumbling under the waterfall.

This was the first descent of this section of the Waihi Stream, but the last drop is yet to be navigated successfully. All eyes are back on the rain radar.