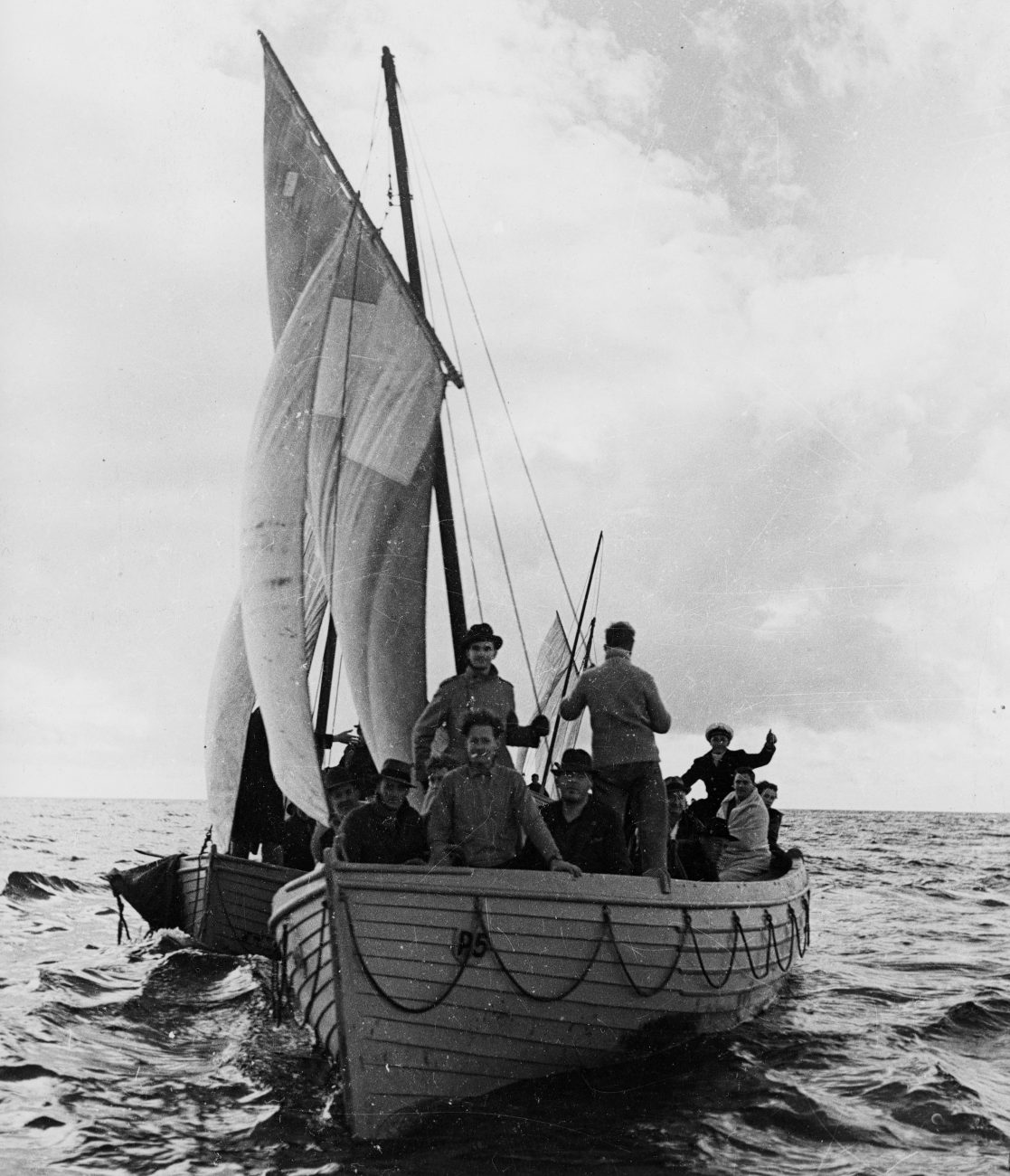 There are many examples of bad weather causing mayhem, but not so many of fine weather averting disaster. New Zealand’s maritime history provides some, none better than the sinking of the steamship Niagara in 1940.

During construction in Scotland, Niagara had been referred to as the “Titanic of the Pacific”, but after the Titanic sank, this was expeditiously amended to the “Princess of the Pacific” before Niagara’s launch in 1912. By 1940, she had sailed more miles than any other ocean liner.

On June 18, Niagara left Auckland heading for Vancouver via Fiji and Honolulu. On board were 349 passengers and crew. Also on board was a secret cargo of gold bullion from South Africa being sent to the United States to help pay for war materials, along with half of New Zealand’s small-arms ammunition being sent to England.

Unknown to those on board, a German auxiliary cruiser, Orion, which had travelled down the Atlantic disguised as a neutral vessel and sneaked into the Pacific around Cape Horn, had laid more than 200 mines in the Hauraki Gulf on the night of June 14. (She operated in concert with another German raider, Komet, which entered the Pacific from the north after Russian ice-breakers helped it across the Arctic through the Northeast Passage—in return for a fee of almost a million Reichsmarks.)

In the early hours of June 19, Niagara struck one of Orion’s mines in the outer Hauraki Gulf, east of Bream Head. Mindful of the gold bullion on board, the captain turned the ship and tried to make for shallow water, but the damage was too extensive and the order had to be given to abandon ship.

Fortunately, the weather was fine, the winds light and the sea relatively calm. All passengers and crew made it safely into lifeboats, although the ship’s cat, “Aussie”, leapt from the arms of a crewman back onto the sinking ship. Often mentioned as the only casualty of the sinking, there is an account of Aussie making it ashore near Whangarei several days later, riding a piece of drifting wreckage. His fur matted by ship’s oil, he was found by a farmer who put him in a sack while he pondered his next move… but Aussie escaped and was not heard of again.

The sinking of the Niagara was a repeat of the fate of the steamship Wimmera 22 years before, during World War I. In 1917, the German merchant raider Wolf laid several minefields around northern New Zealand. At 5:15AM on the morning of June 26, 1918, the Wimmera struck one of these mines when she was 18 miles north of Cape Maria van Diemen. Having left Auckland the day before, the Wimmera was heading for Sydney with 76 passengers and 75 crew on board.

The explosion shattered the stern, killing a number of passengers sleeping in cabins nearby. The ship quickly settled in the water but remained on an even keel for 15 minutes. The lights went out within two minutes, so survivors had to struggle down passages and up stairways in the dark. All the lifeboats were launched, though one was swamped and another stove in.

A 90-year-old woman, Mrs Gould, wished to stay on board to make room for younger women, saying she had lived her life and others were more useful. However, room was made for her and she was persuaded into a lifeboat. A stewardess, Mrs Robertson, helped women and children into lifebelts and into the boats but stayed on board and went down with the ship, as did the captain, the first officer and the chief steward. Most of the stewards who were saved had to clamber through a skylight to escape.

Fortunately, it was a fine moonlit night, the sea was relatively calm and a moderate breeze was blowing towards New Zealand. Using oars and sails, four of the lifeboats reached Tom Bowling Bay just before dark later that day. They had been seen approaching and a local farmer, Murdoch Munroe, met them on the beach with some of his men. Mostly barefoot and clad only in their sleeping clothes, the survivors were guided over 13 kilometres of rough country to his farmhouse, where hot food and drink had been prepared for them.

The assistant purser then rode 27 kilometres to a telegraph station and sent news of the sinking to the Navy Department. Two other lifeboats missed the top of New Zealand and continued down the coast. One landed at Taemaro, east of Mangonui, the next day and the other at Kaiamou Beach. In all, 26 lives were lost but 125 were saved—far more than would have been if the weather had been bad.

(Ironically, the German raider Wolf also tried to chase Niagara that same year, but could manage only 10 knots and was easily out-run.)

After World War II, there was a case where fine weather spared the ship as well as all the people on board. The Wanganella had spent the war as a hospital ship. After a refit, she was on her first post-war trans-Tasman voyage when she struck Barrett Reef, in the mouth of Wellington Harbour, on the evening of January 19, 1947. The captain had mistaken the flashing buoy in front of the reef for the light to guide ships into the harbour.

Fortunately, the weather was fine and the sea calm. The 400 passengers spent the night on board and were taken off in the morning by the Eastbourne ferry Cobar, along with most of the crew. The Wanganella, however, remained stuck on the reef for 18 days before tugs were able to pull her off. Remarkably, no big southerly storms came through in this time and the seas remained peaceful.

For a generation, Wellingtonians would refer to a long, fine period with light winds in summer as “Wanganella weather”.