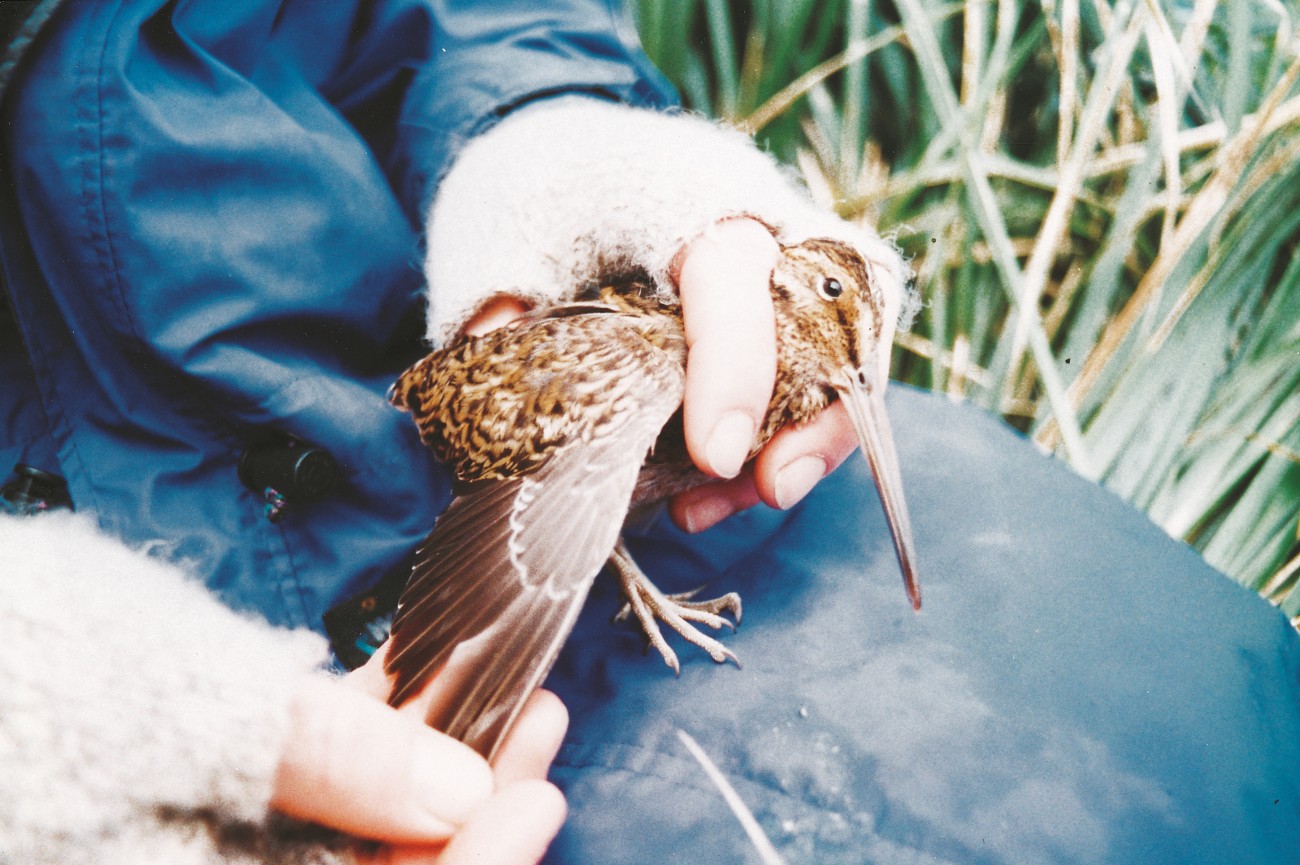 On November 9, 1997, three Department of Conservation biologists, Jeremy Carroll, Dave Barker and James Fraser, with trained bird dogs Bob, Gus and Fiddich, landed on 19 ha Jacquemart Island, just south of Campbell Island. In typical subantarctic fashion, it was raining heavily, with regular bursts of snow, and the wind was 30 knots.

The group had a mere three hours to spend ashore on an island which had been visited by scientists only twice previously—in 1980 and 1984. They were hopeful of discovering an additional population of the Campbell Island teal, a duck species long thought to be extinct, but rediscovered on nearby Dent Island in 1975. Dent Island is of similar size to Jacquemart, and home to no more than 50 of the flightless ducks.

Within ten minutes of landing, one of the dogs had flushed a bird. To the biologists’ surprise, it wasn’t a duck, and it could fly, albeit weakly. Fifty metres away, the dog found a second specimen, which was captured and photographed before being released. It proved to be a snipe—a bird unknown from the Campbell Island area.

Subfossil bones indicate that the New Zealand snipe Coenocotypha aucklandica once roamed the country, but probably disappeared from the mainland after Polynesian rats were brought here. A single specimen was taken on Little Barrier Island in 1870, but this is the nearest record to a mainland occurrence in recent times. The bird seems unable to survive in the presence of any mammals, with the exception of the house mouse. Weka also prey upon its eggs and young.

Three named subspecies of New Zealand snipe survive, each on its own island: Coenocotypha allele­landica huegeli on The Snares, C. a. meinertzhagenae on the Antipodes and C. a. aucklandica on the Auckland Islands. There is a separate species on the Chathams. No snipe have ever been found on Campbell Island, al­though they once lived on Stewart Island (exterminated by rats from Big South Cape Island in 1964). The nearest population of New Zealand snipe to Campbell Island is on the Auckland Islands, 340 km distant.

The new bird is similar to the other subantarctic snipe but has a longer bill and more dorsal markings, which may mean that it is a new species or subspecies. DNA analysis of blood samples from all the varieties needs to be done to establish the true taxonomic status of these birds.

Snipe are wading birds in the same family as godwits, curlews and sandpipers. The New Zealand snipe, how­ever, is not a bird of estuary or river; it prefers tussock, scrub and forest, and only ventures into the open at night. The Field Guide to the Birds of New Zealand reports that ghostly nocturnal whistles made by the Stewart Island snipe were apparently the source of the hakawai of Maori legend: a frightening creature of the night.

During the course of the few hours ashore on Jacquemart, three birds were seen, and the dogs’ behav­iour indicated the presence of up to 10 birds in the part of the island which was traversed. Given the amount of suitable habitat, there may be up to 60 individuals living on the island.

To formally name a new species or subspecies, a type specimen (preferably a whole animal, though sometimes just a single bone) is usually required to be lodged in a mu­seum. Early ornithologists such as Walter Buller had no qualms about killing and mounting a specimen, even, if it was the last individual of a species.

Buller saw it as “species conservation.” Times have changed. Sacrificing a specimen of a rare species is now about as socially acceptable as terrorism. In the case of the new snipe, it is conceivable that a bone from a long-dead individual could be recovered from Campbell Island (since landing on Jacquemart is so difficult). Snipe probably once lived on Campbell, before rats and cats arrived. No cats have been sighted for several years, but rats are certainly present. The discovery of this snipe will increase pressure for the eradication of rats from Campbell Island, in the hope that the bird can be re­established there.