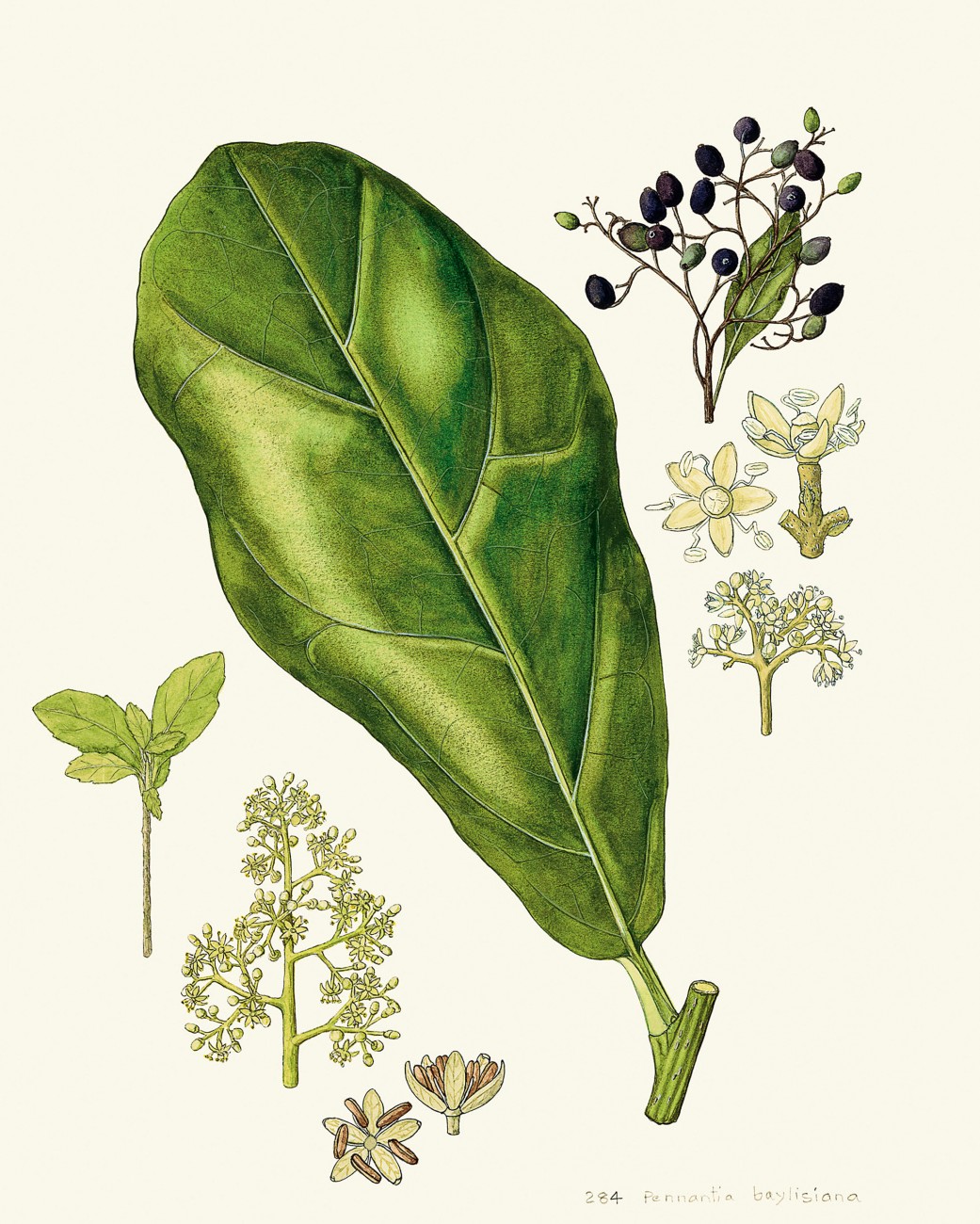 In 1996, then deputy editor of New Zealand Geographic, Warren Judd, de­scribed coming across the “world’s rarest tree”’, the ancient Pennantia baylisiana, on a visit to the Three Kings Islands—a group of 13 islands about 55 km north­west of Cape Reinga. He also sighted the tree vine Tecomanthe speciosa. At the time, these two plants were the last of their species left in the wild.

Pennantia baylisiana can grow up to 5 m high, and has large foliage much like karaka leaves. Tecomanthe is a canopy vine with large glossy leaves and, in the winter, creamy tubular flowers. These days, both can be easily found in plant nurseries, all descend­ants of those two remaining plants.

However, the risk of losing the re­maining wild population was the cat­alyst for a recovery programme that began in 2005, and DOC can now confirm that five Tecomanthe and three Pennantia seedlings grown from cuttings of the original plants have been planted on the Great Island, the largest of the Three Kings. The goal for the programme is to have more than 100 sexually reproducing spe­cies planted out around the island.

But the question needs to be asked: Why bother investing so much time and money propagating a plant on an island that hardly anyone ever gets to?

Well, apparently, it’s not all about us, “otherwise we are saying that a species only has value if it’s of some direct aesthetic or recreational benefit to the public”, says Jonathan Maxwell, Kaitaia area manager for DOC. “They provide food for other species and contribute to the overall balance of a sadly missed ecosystem no longer found on mainland New Zealand.”

Moreover, sustaining wild populations protects against hybridisation, which is common among plants grown in nurseries. “To rely on one remaining plant to safeguard a wild population is a huge risk,” Maxwell says. “The best analogy I can think of is comparing them to tigers. Tigers are found in zoos throughout the world but it would still be a tragedy if the wild population disappeared.”