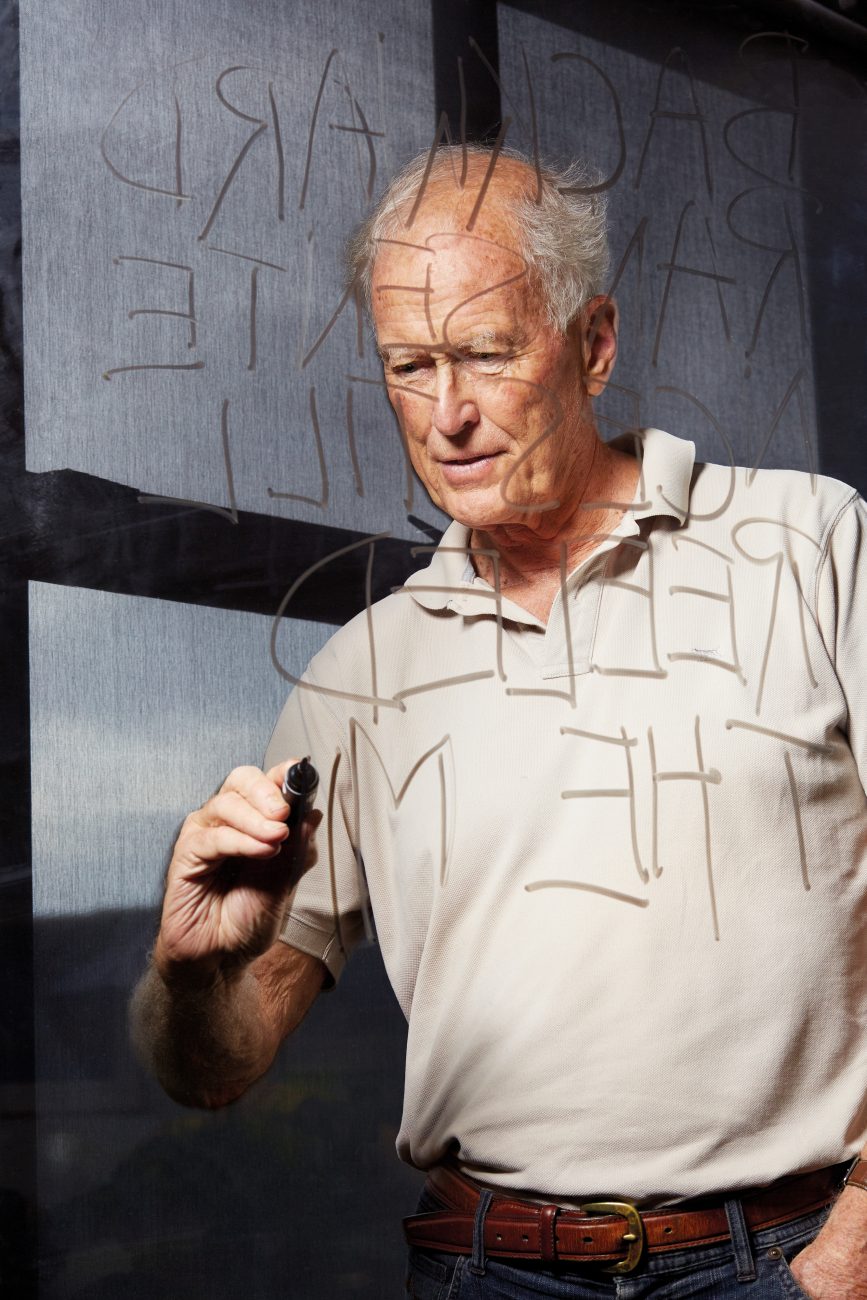 Michael Corballis likes a challenge. The psychologist has tackled some of the knottiest problems in cognitive science: Why are most people right-handed? Why aren’t our brains symmetrical? And, most difficult of all, how did language evolve?

“The evolution of language is kind of the Mt Everest, it’s the tough question in science,” he says.

Without language, there would be no stories, no religion, no science—and yet no one understands how language works. In the 19th century, the subject was so controversial the Linguistic Society of Paris banned it from discussion. To this day, academics—and especially linguists—get rather heated about it, says Corballis, who is an emeritus professor at the University of Auckland.

That hasn’t stopped him taking on the question. In a new book, The Truth About Language, he marshals the evidence from brain imaging, genetics, hominid fossils, chimpanzee experiments and sign language studies to propose that our ability to speak gradually emerged from a gestural language over many thousands of years.

That may not sound radical, but for decades the dominant view, championed by superstar linguist Noam Chomsky, has been the opposite. Chomsky holds that spoken language emerged suddenly and uniquely in our species—a big bang of words—as recently as 50,000 years ago, and possibly within one individual. Corballis doesn’t buy it.

The notion of language appearing overnight seems unscientific to him, almost a miracle, too close to the Biblical idea of language as a gift from God.

“I think it’s a kind of wishful thinking—in the sense that we’re always looking for something that makes humans distinctive and better than other species, to justify our treatment of them,” he says. “It doesn’t make evolutionary sense.”

Some sort of Kiwi egalitarianism? “Maybe. Why should we think we’re so smart?”

Scientists once believed the eye was too complex, too perfect, to have evolved through natural selection. But that argument has now been discredited—in fact, its imperfections betray its evolutionary origins.

“I am especially aware of the imperfections of the eye that emerge with age as I fumble with my glasses,” he writes.

That dry, self-deprecating humour pervades his book, and peppers his conversation. We meet in his university office—nothing fancy, just a desk and a bookshelf and one small window. He’s friendly, with a certain gravitas, and a lovely voice, deep and warm. His mild manner belies a professional steeliness, and willingness to think outside the orthodoxy. Chomsky’s shadow looms so large that taking him on is no small matter.

“I’m waiting for people in raincoats to knock on my door and usher me out somewhere, throw me into the harbour,” he jokes.

His theory is that the first language was sign language—mimes and gestures that told a story, punctuated by a few vocal grunts. Gradually, we developed greater control over our vocal cords, and the gestures got smaller and smaller, until they were largely facial.

“It’s what I call miniaturisation—eventually you’re tucking them into the mouth, and using sound more than gesture. It frees up the hands, and it’s about as efficient as you can get.”

In November, Corballis received the Rutherford Medal, the highest honour awarded by the Royal Society of New Zealand.

“That’s the recognition that you’ve reached the end,” he says, drily. “It’s supposed to be a lifetime thing.”

Corballis is 80, and he supervises a PhD student, writes journal articles, and reckons he has another book in him. He tells me he’s been teaching his seven-year-old granddaughter about brain asymmetry: “So I said, ‘Here is what the left brain does—it’s got language, mathematical stuff, and logical thinking.’ And I said to her, ‘What do you think the right brain does?’ And she said, ‘Oh, it just lazes about.’ That’s rather good, isn’t it?”

He’s still working away at the language question. Advances in archaeology, neuroscience and genetics are throwing up intriguing new clues.

“It just seems like such a big gap, that I can tell you a story, when no other animal can do that. It’s a big thing to bridge—but I think we should try to go there.”

Theories about human evolution have always had to rely on meagre evidence. That’s part of the fun, he says.

“It’s an exercise in trying to understand ourselves better. I’m not sure we’re ever going to know exactly where we came from, but it seems to me that we want to get the story as plausible as possible, and not have to rely on miracles. Because miracles don’t happen.”