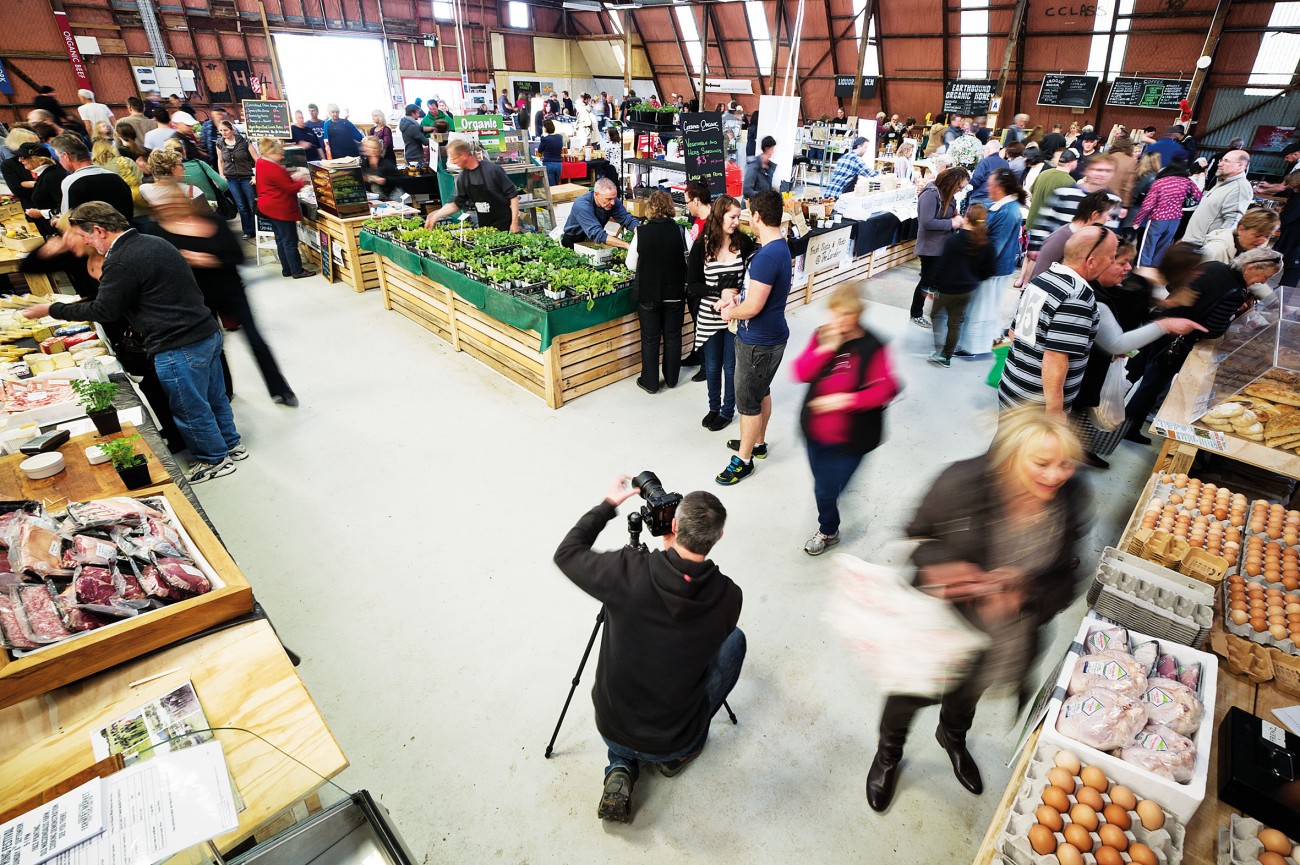 To photograph the story on farmers’ markets which features in this issue, photographer Jason Hosking had to spend a lot of time in the field—turnip fields, cabbage plots, macadamia groves, fields of free range chickens. But he also frequented markets and farms in Kaipara, Auckland, Matakana, Waikato and as far south as Invercargill. In each place he was invited into the homes and lives of New Zealanders wresting a living from the land and making enough to support both themselves and their wider community.

“They were just incredibly passionate about food and about what they do,” he says. “They belong to a culture and a community, rather than behaving like competitors.”

His photographs used long exposures in an attempt to slow down time to the tick of a more rural clock, and capture the energy and buzz of the busy market environment. To get an overview of the Hobsonville Market he rigged a camera to the top of a six-metre ladder and set it shooting a frame every 20 seconds while he went about his work photographing smaller details. He was inadvertently captured in action in the picture above, but also in one of the best images from that shoot, used in the feature on page 44–45.

Hosking, who has shot features on gannets and tui for New Zealand Geographic, found the assignment refreshing after years as a commercial photographer, but it also made him think about the sustainability of his own eating habits.

“I was hanging out with some pigs in the Waikato and the piglets were gnawing on my shoelaces. I was amazed by the amount of space they had,” he recalls. “It was good to see animals being treated in the way I would like to treat them if I was responsible for them. And I suppose that’s what the farmers’ market movement is all about.”