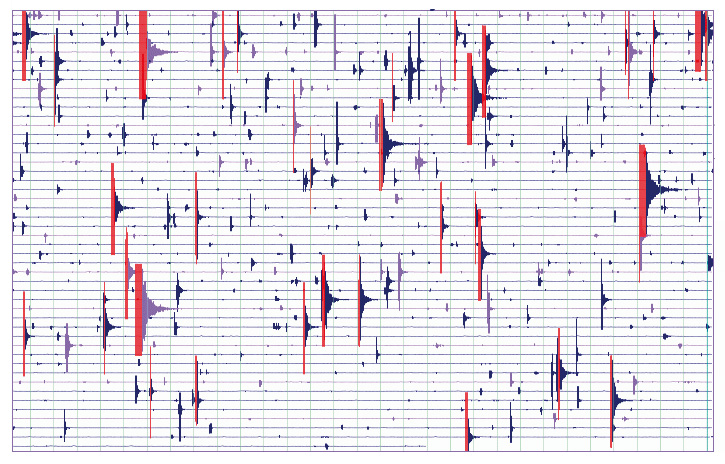 Christchurch was built on the pastoral wealth of the Canterbury Plains—a broad, verdant plateau of alluvial outflow from the Southern Alps. It was flat, it was productive, and it became a focal point of intensive pastoralism. Wealth from these holdings flowed through the city, the oldest in the country.

With Cathedral Square at its centre, Christchurch was carefully planned, with four concentric city squares and areas of parkland that ring the inner city. Beyond that, the city grew outwards across the plains, and to the east, building over the marshland of the Heathcote-Avon Estuary.

While geologists knew that the Canterbury region had suffered earthquakes before, no one could have predicted the Darfield or Christchurch earthquakes, nor indicated the potential severity and long run of aftershocks.

“Christchurch is about as far from the plate boundary as anywhere in the South Island,” said GNS Science geologist Hamish Campbell when I called him to get his read on the big picture. “Though not entirely unexpected, no one anticipated that a fault zone would run directly under the city itself, and there is no geological evidence that anything like this has occurred in the last 10–20,000 years.”

The past ten months have been a landscape-bending, heart-rending trial for residents—there have been 28 earthquakes greater than magnitude five since September 4 last year.

“The pattern of aftershocks could be considered normal,” said Campbell, “but the number of large aftershocks is more than anyone in the scientific community would have expected.”

In the weeks following the February 22 quake, it is estimated that 70,000 people left the city, and emigration to Australia is at a 32-year high. Now, as the besieged city is rocked by more violent aftershocks, planners, policymakers and geologists are re-evaluating the location of the city itself. Built on thin alluvial soils, on peat, even on remnant sand dunes, many of the city suburbs—particularly those in the east—have been inundated with liquefacted material erupting through fissures in the ground. Some suburbs have literally sunk into the marsh on which they were built, which officials now contend is no place to live at all.

The maximum subsidence due to faulting is 15 cm. It’s not much, but then the suburb of Bexley was only ever half a metre above sea level. Even Cathedral Square has subsided. What’s more, there has been significant uplift at the mouth of the Heathcote-Avon Estuary, creating, in effect, a swamp of the eastern suburbs, if not the city itself.

The government has announced that 5100 homes will be demolished in the worst-hit suburbs of Bexley, Avondale, Horseshoe Lake, Burwood, Dallington and Avonside. A further 9000 await more geotechnical analysis.

I have heard complaints on talk-back radio that the rebuilding of Christchurch will put an unfair burden on taxpayers outside that city. This is an attitude which—as well as being utterly repugnant—is radically misinformed.

A natural disaster like that which struck Christchurch, and continues to batter it, could have happened to nearly any city in the country. Invercargill, Blenheim, the Hutt Valley, the towns of the Wairarapa from Featherston to Masterton, Napier—all are sited on alluvial soils just like Christchurch, and all are prone to seismic activity. And while Auckland is likely the safest city in the country from a seismic point of view, there are 50 very conspicuous volcanic cones to remind residents that New Zealand is a highly geologically active archipelago perched on the Pacific Ring of Fire.

The Canterbury quakes are both a catastrophic social tragedy and an object lesson for other cities in the country. This is a national problem which requires a nationwide response. We are, geologically speaking, all in the same boat.