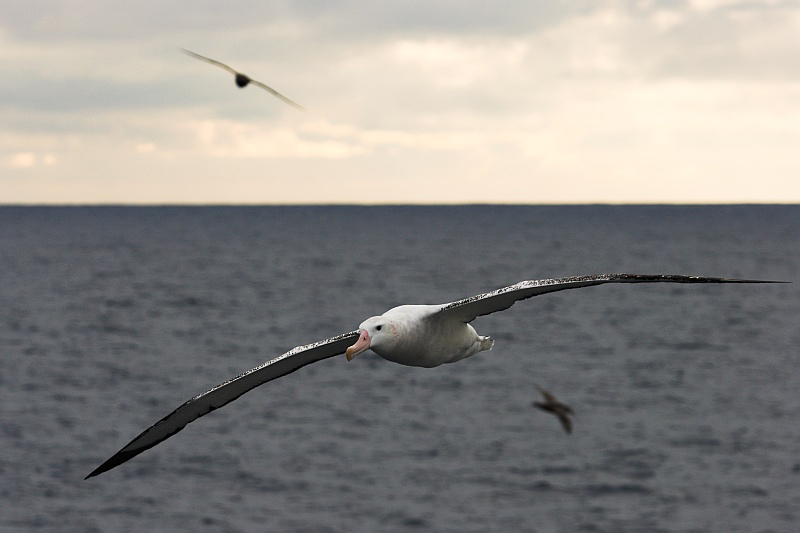 Once thought to be relatively pristine, the Southern Ocean boundary in the Tasman Sea between Australia and New Zealand has been found to be a dangerous place for seabirds.

The study, published in Proceedings of the National Academy of Sciences, identifies the region not because it is the most polluted, but because high amounts of plastic coincide with high seabird diversity, creating a risk of entanglement and poisoning from synthetic fibres, bags and bottle caps.

The study looked at the ranges of 186 species to see how much plastic they were likely to be exposed to. Then extrapolating from records showing increasing amounts of plastic in seabird guts from 1967 to 2012, the researchers have predicted that 90 per cent of birds have eaten plastic, a figure that will rise to 99 per cent by 2050.

While plastic itself can shed toxic monomers and additives, plastic fragments that have been floating in the sea for decades will act like magnets for other toxic pollutants, concentrating them at 10 times that of the surrounding seawater, effectively becoming lethal tablets. Once they’re in a bird’s gut, they release the toxins at rates 30 times higher than in seawater, blocking the bird’s gut and leaching toxins that damage organs. Some birds will also regurgitate these particles to their growing chicks.

According to the authors, global plastic production has been doubling every 11 years since the 1950s. Between 2015 and 2026, the world will produce as much plastic as has been made since production began, making waste management an issue of increasing importance.