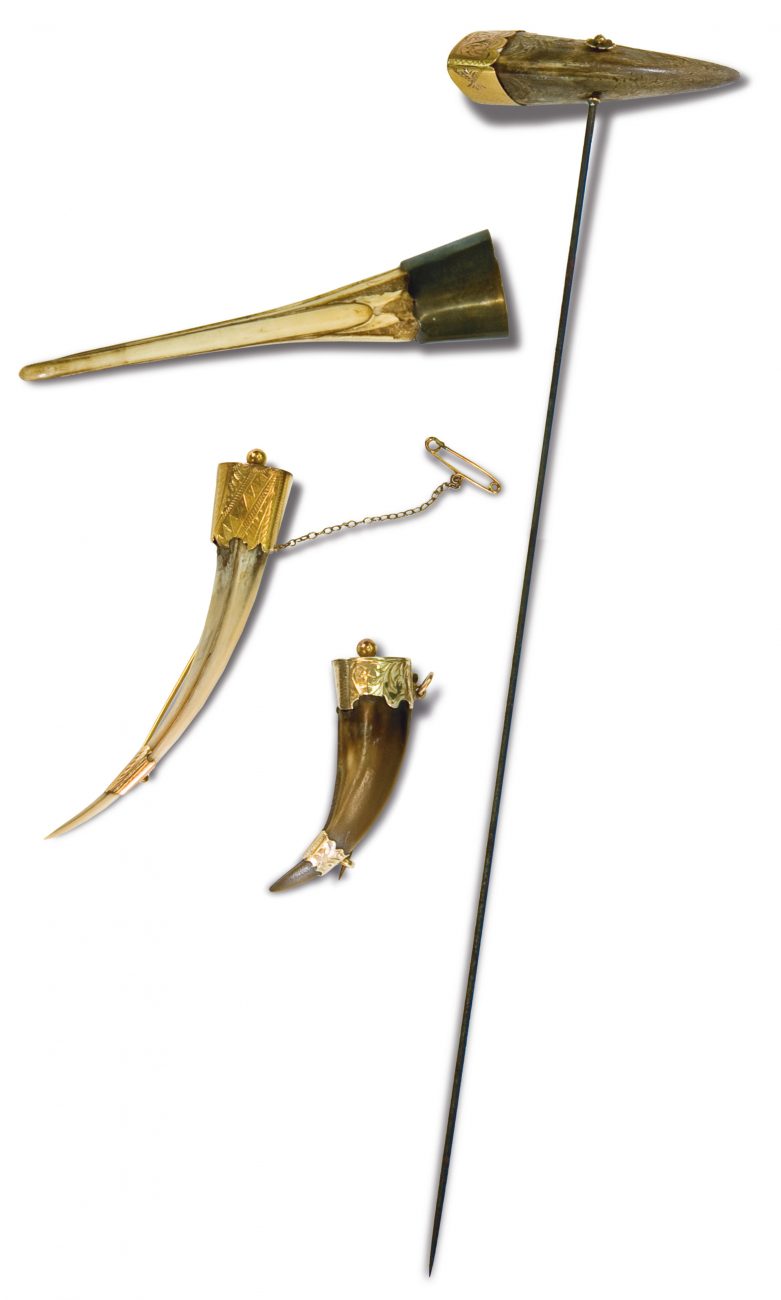 In the late 19th and early 20th century, when our native fauna was either taken for granted or considered a pest, it was perfectly acceptable to mount bits of birds in silver and gold, to be worn as jewellery.

The huia was always a coveted species, with its tail feathers worn by Maori to signify chiefdom. It’s thought that the death knell for the bird came when the Duke and Duchess of Cornwall (later King George V and Queen Mary) visited Rotorua in 1901. At the welcome, a huia feather was placed in the Duke’s hat and the huia—dead or alive, whole or in parts—became more desirable than ever. Lit­tle wonder the occasional beak would turn up in a brooch.

If kea beaks didn’t have the same cachet, they were more readily available. In the 1880s, the kea had gained an exaggerated reputation as a sheep killer and, under pressure from ranchers, the gov­ernment introduced a bounty for the bird of three shillings a head (which would have a buying value today of around $23.60). In March 1884, the sheep inspector from Queenstown reported that kea had killed 200 sheep in a single night near Lake Wa­naka; the beaks of 1574 kea were later delivered to his office for reward.

In economically depressed times, kea-hunting was a lucrative source of income. As the bird be­gan to wise up to the human threat, farmers turned to professional bounty hunters who used a variety of tactics to attract them, such as displaying piec­es of bright-coloured cloth, chaining kea to rocks to “call” in other birds, or hanging out sheepskin laced with strychnine. The New Zealand Journal of Agriculture records that 29,249 kea beak bounties were paid out between 1920 and 1929, and the practice continued until the 1940s. The kea is our most intelligent bird but was the last to be given, in 1986, unqualified protection on both private and public land.