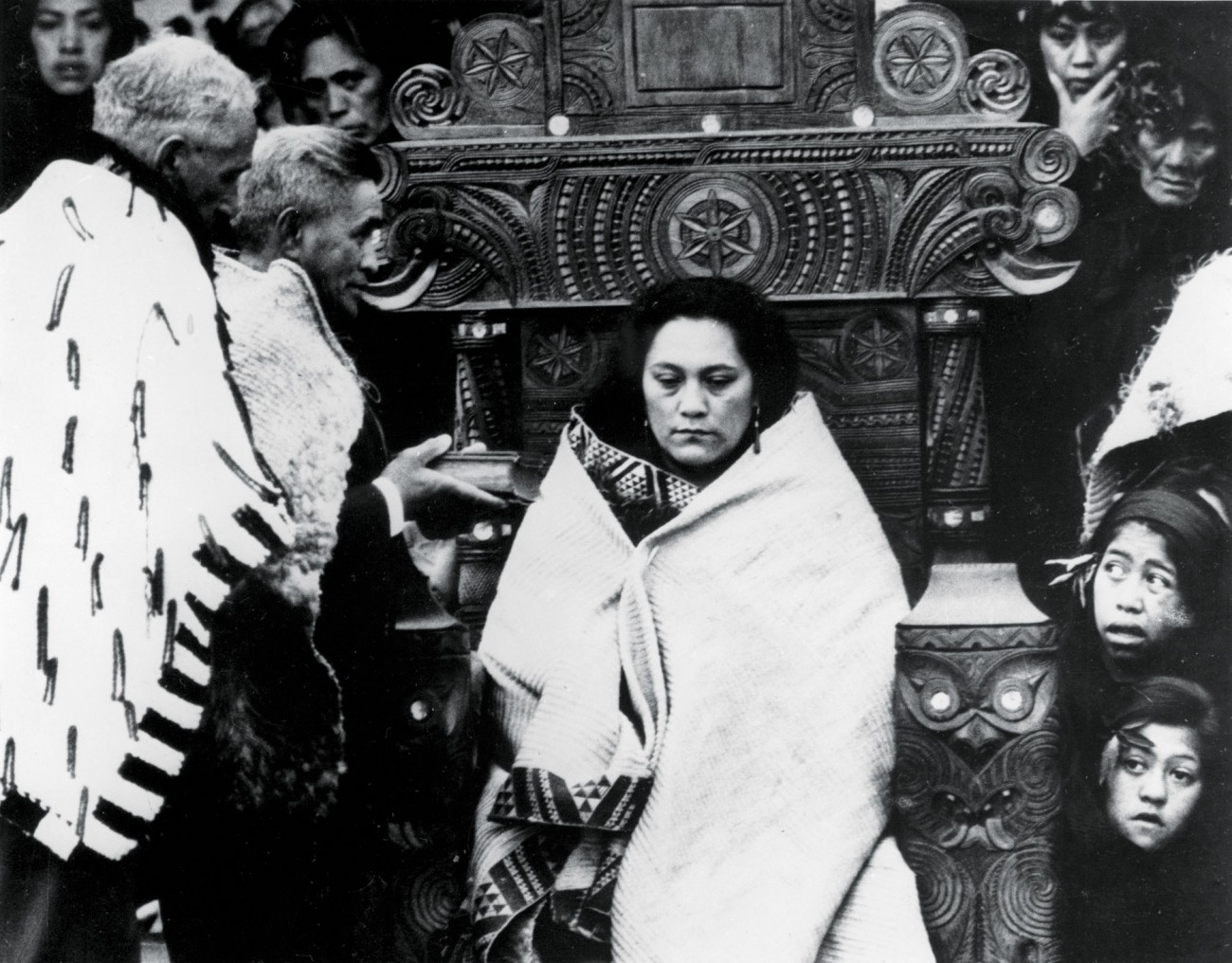 King Koroki, the ailing leader of the Kingitanga movement, died on May 18, 1966. His daughter, 35-year­-old Princess Piki of Tainui, was chosen as his successor following six days of mourning, taking her mother’s name—Te Atairangikaahu, ‘falcon of the dawn’.

It was to be a turning point in the century-long struggle by Maori to repair the cultural and economic damage resulting from European settlement.

Kingitanga, the Maori King movement, arose in the mid-19th century to counter political marginalisa­tion and a growing pressure to sell tribal lands. Some Maori—especially those like Tamihana Te Rauparaha who had spent time in England—saw the unifying power of a single sovereign as the secret of British strength, and argued for such a pan-tribal movement as a way to end intertribal conflict, halt land sales and enable Maori and Europeans to peacefully coexist.

But finding a willing king to lead the country’s most important coalition of tribes proved difficult. Topia Turoa, paramount chief of Whanganui, declined the responsi­bility and instead suggested Te Heuheu, of Taupo’s Ngati Tuwharetoa. Te Heuheu in turn suggested Te Amohau of Te Arawa, who put forward Ngati Kahungunu’s chief, Te Hapuku, as the man for the job.

All realised that assuming the role required not only mana and leadership skills but also considerable resources on the part of the host tribe. Potatau Te Wherowhero, whose bloodline connected with many iwi and whose tribe—Waikato—was endowed with fertile lands, was eventually chosen to be the first king in 1858.

At Te Wherowhero’s death two years later, his son Tawhiao was chosen to replace him. Tawhiao inherited a deteriorating relationship with Pakeha that brought war to Waikato’s heartland, robbed the tribe of more than 400,000 hectares of productive land and forced him and his followers to retreat to what became known as the King Country. There he renounced violence, but continued to resist surveyors, land sales and the Pakeha justice system, and worked—without success—to reclaim Waikato’s confiscated lands.

Known for his prophetic sayings, Tawhiao once said: “The time is coming when from my loins a woman will come of fair complexion. She will pave the way to the fulfilment of this recovery.”

The sixth monarch, Te Atairangikaahu did indeed fulfil her ancestor’s prophecy. Raised modestly in a dirt-floored raupo hut warmed by fires in kerosene tins, she was to be the longest-serving head of the tribal confederation as well as the first Maori to be made a dame and one of the first inductee of the Order of New Zealand. Mentored by her great-aunt, Te Puea Herangi—a granddaughter of Tawhaio and herself a woman of considerable achievement­ Dame Te Ata proved an astute and capable leader. During her 40-year reign, she was instrumental in Tainui’s historic 1995 raupatu settlement with the Crown over confiscated land and inspired the revival of te reo and the broader Maori cultural renaissance.

Revered by Tainui and other iwi in the Kingitanga, on her death in August 2006, she was laid to rest on sacred Taupiri mountain in an unmarked grave—a sign of oneness with her people.