According to the Book of Ecclesiastes, there’s nothing new under the sun, and looking at biology, that’s hard to dispute. Most things are either refinements of, or deviations from, something already in circulation.

That’s because genuine innovation, as Apple will testify, is very expensive. Which is why thousands of creatures find it much easier just to rip off someone else’s idea. Rather than risk pursuing originality, they simply pretend to be something else.

Mimics practise their duplicity to take all manner of advantages: young tui, for instance, have learned that it’s easier to impersonate a successful alpha songster than go to all the trouble of composing their own songs. But the Milli Vanilli of birds must be the Australian lyrebird, which has been recorded mimicking—with hi-fi accuracy­ the sound of a camera’s motordrive, and, somewhat tragically, the chainsaws felling its forest home.

It’s been hypothesised that avian vocal mimicry evolved into the imitation of move­ment. No bird is smarter than the African Grey parrot, which surprised researchers in 1992 by using not its legendary vocal elas­ticity, but its entire body—torso, legs, wings and head—to imitate the movements of its human company. 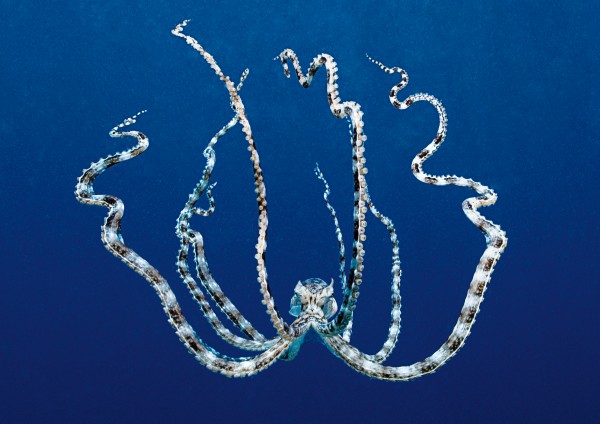 However, mimicry isn’t the sole preserve of the brainy: the tuberculosis bacterium kills more than a million people a year, partly by displaying fake identification which mimics the host’s protein signature so closely that the immune system allows it entry. ‘Learning’ this trick has meant that diseases similar to tubercu­losis have staged some­thing of a comeback.

Other creatures employ mimicry to avoid detection. The most obvious mimicry is camouflage, as perfected by stick insects. But more complex deception, known as Batesian mimicry, happens when a benign, palatable species imitates a belligerent or toxic one. The viceroy, a butterfly that would be delicious to birds, has employed the markings of the vile-tasting monarch butterfly, and benefited from its reputation.

The practitioners of Wasmannian mimicry have evolved such a convincing similarity to their hosts that they can gain access to all areas. The European beetle lays its eggs in the brood chambers of two species of ant. In spring and summer, larvae are devotedly fed and tended by ants, which have been comprehensively duped: the beetle larvae not only look like their ant larvae nest-mates, they smell like them too, emitting a chemical signal that excites the worker ants’ nurturing instinct and prompts them to groom the beetle larvae diligently.

What’s more, the larvae know how to replicate the food-begging behaviour of the ant larvae, rearing up and coaxing droplets of regurgitated food from the oblivious workers. The hoax has but one flaw: come winter, ants suspend all their parental duties, so in autumn the beetles head for the nests of ants, which, being insectivorous, keep tending eggs and young through winter.

Mimicry rewards with more than just an easy ride. It allows creatures to exploit niches for which they may not be properly adapted. Octopus and cuttlefish lost their protective shells long ago, and neither do they have bones, which makes them a molluscan marshmallow for predators such as rays and sharks.

Ordinarily, these creatures inhabit rocky reefs with plenty of bolt holes. The mimic octopus, however, was discovered only a decade ago in open, featureless shallows off the Indonesian island of Sulawesi, where there’s nowhere to hide

Instead of hiding, the octopus uses extraordinary shapeshifting talents to mimic other creatures—any one of 15 other species so far observed.

What’s more, it chooses a disguise tailored to the emer­gency: when attacked by damselfish, it withdraws six of its tentacles, leaving the remaining two extended fore and aft, adopting the posture of the damselfish’s arch enemy, the banded sea snake, even writhing the two arms convincingly.

On a sandy bottom, it drapes its arms around and behind its body, flattens out, adopts a blotchy brown complexion, and undulates off, looking much like a flounder. If caught in open water, the mimic octopus can do a very passable lion fish, right down to the toxic spines that persuade a hunter to look elsewhere. The mantis shrimp is another persona in its repertoire, and observers have reported jellyfish, sea star, anemone and stingray impersonations.

These masquerades also mean the mimic can approach prey that would flee if it saw an octopus.

All this is made possible not only by the amorphous cephalopod body plan, but also by one of the most sophisticated light shows in nature, as exemplified by the mimic’s flam­boyant cousin the cuttlefish.

Cuttlefish skin has been likened to a colour television—they can combine basic colours to form more complex hues and dynamic patterns. Their skin boasts as many as 10 million colour cells, or chromatophores, each controlled by a neuron connected directly to the creature’s brain. The chro­matophores are grouped into red, yellow, brown and black pigments. These specialised cells are very dense—about 200 per square millimetre, higher resolution than the photo­graphs in this magazine.

Following simple colour theory, the cuttle­fish mix pigments to reproduce every nuance of their surrounding environment, simply by contracting or relaxing radial muscles around each cell to expose or conceal the appro­priate colour layers.

Each June, giant cuttlefish mass along the shallow, flat reefs of the Spencer Gulf, South Australia, to spawn. All day, males duel for mating rights, flashing colourful warnings to rivals, and adverts to impress females.

But come dusk, the cuttlefish turn from neon billboards to stealthy operatives, retiring to the sea floor, where they use their extraordinary colour manipulation to hide. Plenty of sea creatures employ camouflage at night, but cuttlefish have taken the art to an entirely new level, each individual tailoring its camouflage to the surrounding habitat. The cuttlefish can assess the colour, contrast, even the texture of their surroundings, and emulate it in seconds. That’s impressive enough, but the creatures do this in total darkness, and they’re colour-blind.

So how do they do it?

Leave that to a separate layer of cells beneath the chromatophores, called leuco­phores. These reflect ambient light. In very shallow water, leucophores will simply reflect white light, but as the cuttlefish dive deeper, where red begins to get filtered out, the leuco­phores reflect a little more of the prevailing green and blue. This adaptation neatly bypasses the cuttlefish’s colour-blindness, and compensates for any ambient light level.

Cuttlefish can also match their skin texture to their surrounding haunts. In seaweed, they can produce frilled ridges along their skin: on rock, they flatten themselves out. This effect is produced by bands of circular muscle, each one enclosing capsules of gelatinous fluid. When a cuttlefish contracts its skin muscles, the fluid in the centre is squeezed into nodes, spikes or flat blades. Within seconds, the cuttlefish has left its outline—and therefore its identity—behind. Predators looking for cuttlefish simply won’t see one.

So what drives all this imitation innova­tion? That’s pretty simple too: any creature whose disguise isn’t convincing enough gets spotted and eaten. Selection pressure like that is powerful enough, over millions of years, to produce an Emmy-winning perfor­mance every time

A mimic octopus will anticipate the preferences of its predator, and adopt a pose resembling something not on the menu, or better, a foe. When confronted with a camera-toting diver, the mimic will run through every persona it knows, hoping that the mystery guest will see something it dislikes—a sea snake, sea star, mantis shrimp or flounder. 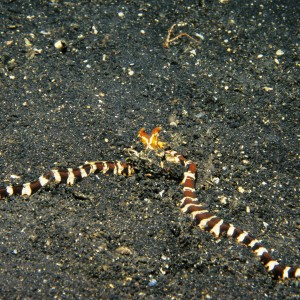 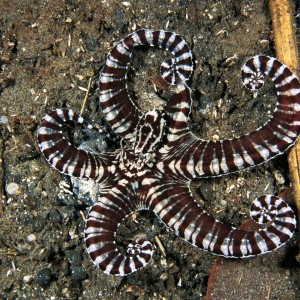 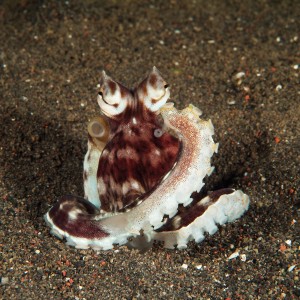 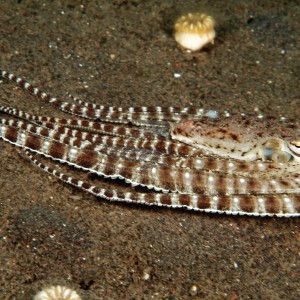