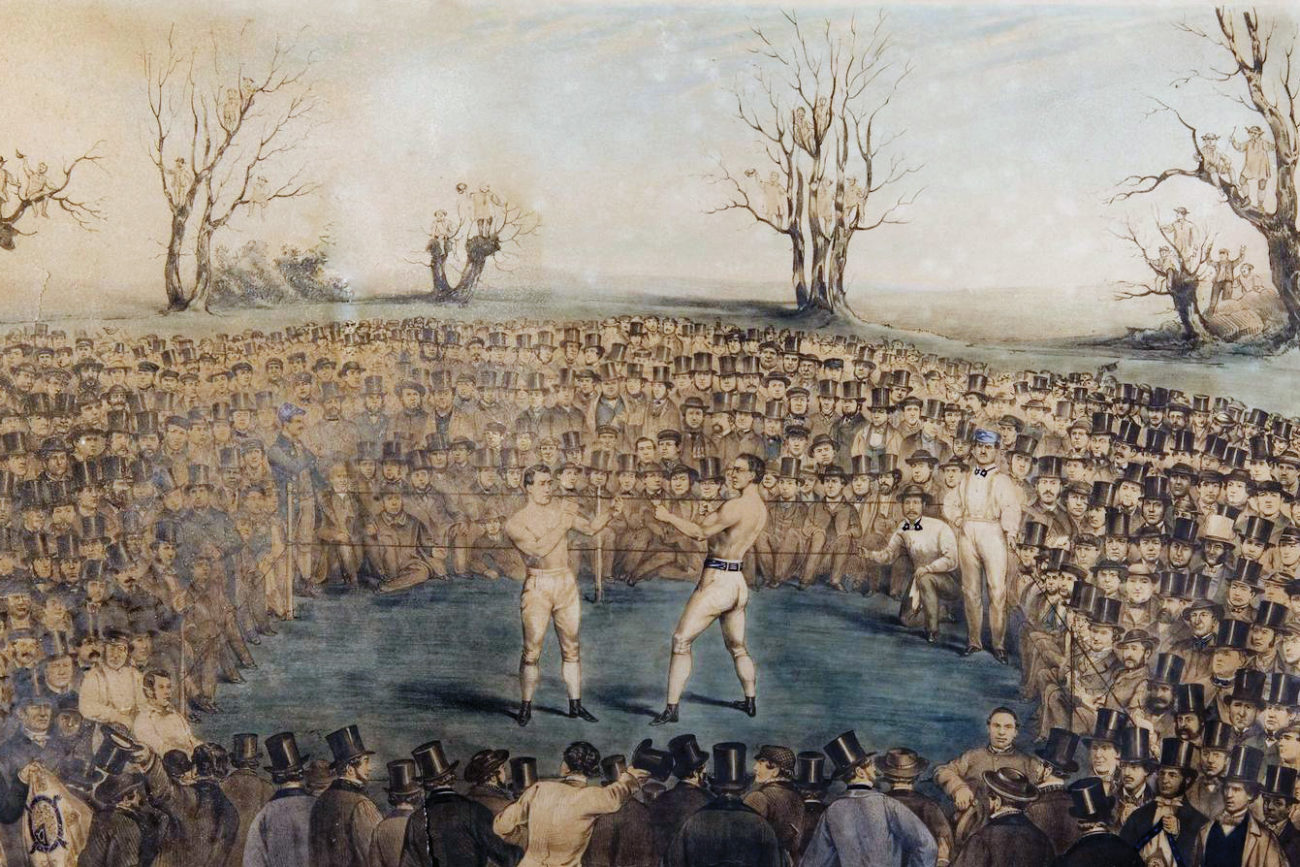 In the winter of 1862, a new and brutal type of sporting contest, held on public land and in brazen defiance of the authorities, became the talk of Christchurch.

On Tuesday, July 8, on the banks of the Waimakariri River near Kaiapoi, George Barton, a local labourer, squared off against the veteran London bare-knuckle boxer Harry Jones for a purse of £100. The two fought it out for 30 gruelling rounds in front of 600 spectators.

It was only by chance that the authorities stumbled on the prize fight. Acting on a tip-off, sub-inspector William Revell of Kaiapoi police rode out to a place called Turner’s Run on the outskirts of the city. Not 100 metres from a farmhouse, on open ground screened by a gorse hedge, he discovered a crowd gathered around a roped-off square.

Revell attempted to put an end to the contest, cutting the ropes and, with the assistance of two mounted constables, taking possession of the makeshift ring. Things quickly became chaotic, and while Revell was elsewhere, the roused mob, many of whom were themselves mounted, drove out the constables, amid calls to “Ride them down” and “Tie them to a cabbage tree on the sand hills”.

Revell returned with a drawn revolver, but was hit by clods of earth and glass bottles, and forced from the ring.

Jones and Barton, by now both stripped to the waist, got to work. Jones, the four-to-one favourite, had learned his trade among experienced bare-knuckle fighters who rubbed brine into their faces to toughen the skin and who were not averse to throwing opponents and using their elbows and knees.

Barton took a beating at the hands of the seasoned Londoner, and after more than an hour of fighting, was said to have looked “much punished”.

Court proceedings, however, descended into farce. A rumour spread that, having been evicted from the ring, sub-inspector Revell had keenly watched the bout while partaking of a dram or two.

Moreover, several members of the General Assembly had been ringside, in company with other civic notables, including at least one magistrate.

The Crown solicitor and provincial auditor, who had been present, attracted particularly caustic comment. The Press suggested that perhaps they had attended the spectacle to advance the Canterbury Association’s aim of reproducing a section of English society, “and as the first step in this work, they began with a prize fight”. A pity, said The Press, that they forgot that other English practice: “obedience to law”.

Barton and Jones were acquitted of causing an affray but found guilty of assault and sentenced to one month’s imprisonment. Their seconds were discharged after being bound over to keep the peace for a year.

New Zealand hadn’t seen the last of prize fighting. About 20 years later, one of the last of London’s bare-knucklers, Jem Mace, arrived in the country and set himself up as a boxing teacher. One of his star pupils, Bob Fitzsimmons, went on to become the sport’s first three-division world champion.