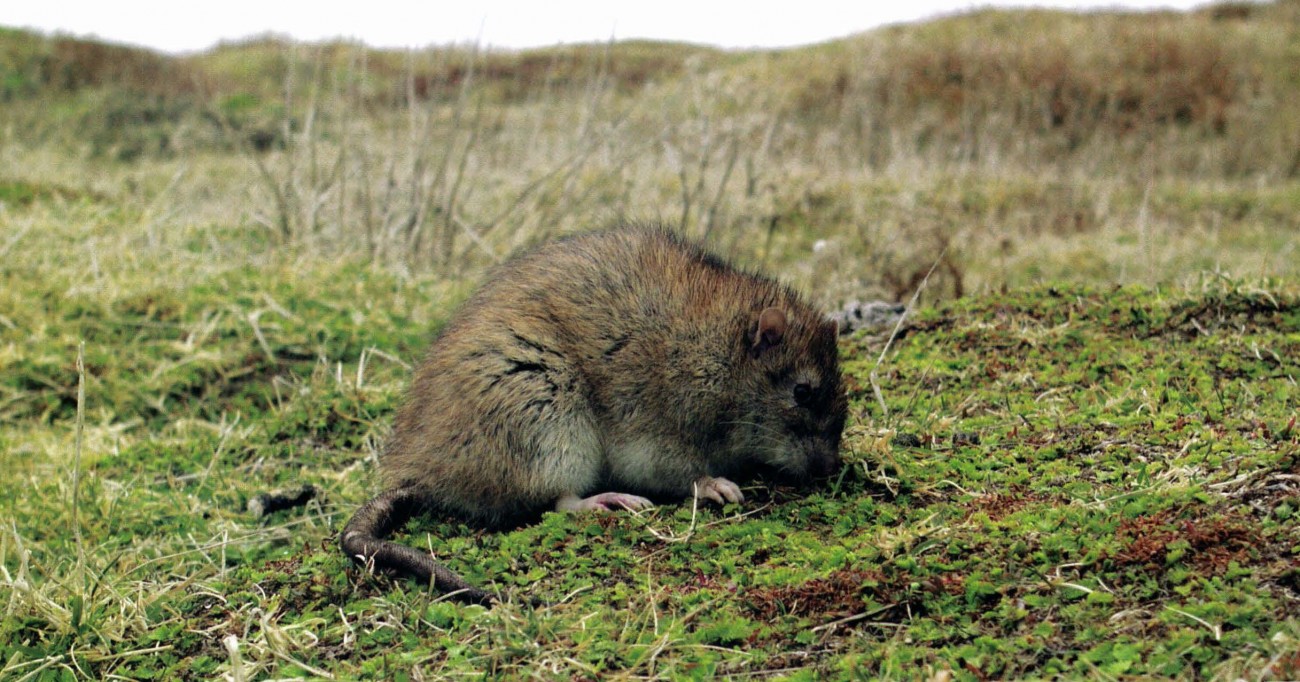 As we all  know, New Zealand’s birdlife is under threat from stoats, possums, feral cats, rats and the rest. These pests compete for food with birds, but also devour their eggs and chicks and sometimes the adults themselves. However, since the 1980s, farmers, land managers and scientists have been fighting back and even the sceptics are astonished at the results. Rodents on over 100 islands around New Zealand have been eradicated and on the main­land, pests are being controlled at many sites. During 2006 alone, there were a number of successes.

In June 2006, conservationists on the Chathams announced that record numbers of chicks of two critically endangered petrel species (Chatham petrel and Chatham Island taiko) had survived to fledging, due in part to the control of rat numbers during the chick-rearing period. It was also a good year for Little Barrier Island/ Hauturu near Auckland. Cleared of rats in 2004, the island’s Cook’s petrel population responded two years later with a bumper crop of chicks, judging by the large numbers of recently fledged birds that turned up in the city’s gardens in April. Ulva Island in Paterson Inlet was declared rat-free in 1997, and is now a safe haven for saddlebacks/tieke and Stewart Island robins which were reintroduced, followed by common skinks in 2005.

Similar celebratory news came in January 2006 from remote Camp­bell Island with sightings of the first Campbell Island teal ducklings in 100 years. Cleared of rats in 2001 by a mammoth helicopter-led opera­tion, this island at 11,300 ha is the largest rat-eradicated island in the world. The ducklings were the prod­uct of a release of 105 teal in 2004 and 2005, and they appeared shortly after the return of another endemic species, the Campbell Island snipe (see NZ Geographic issue 80)

There is no doubt that New Zealand is the world authority on eradicating rats and other unwel­come pests. Poisoning every last rat on an island involves a multi­disciplinary team, including expert planners, skilled pilots and meticu­lous field workers. But one aspect is key: it’s the conservation managers who lead the way, supported by scientists. Over the past 20 years, skilled rat killers, like DOC person­nel Ian McFadden, Andy Cox and Lindsay Chadderton, and freelance practitioners Derek Brown and Kerry Brown, have built up a network of skills and experience, sharing the challenges and victories of island restoration with increasing numbers of island managers world-wide.

New Zealand isn’t the only coun­try with introduced pest problems. The International Union for the Conservation of Nature lists invasive species as the key threat to island ecosystems. But fortunately for island managers across the world, the New Zealand Government has made its rat eradication methods and special­ists available to everyone through the Island Eradication Advisory Group (IEAG).

The list of islands where the New Zealand method of rat eradication has been successfully transplanted includes both equatorial islands such as Pitcairn, Fiji, Western Samoa, Seychelles, Mauritius and Hawaii, and higher latitude islands like the Aleutians in the Northern hemi­sphere and St Paul, Kerguelen, the Falklands and South Georgia in the Southern hemisphere. The successful transplantation is no better demon­strated than in the Falkland Islands and South Georgia in the South Atlantic Ocean.

Like many of New Zealand’s islands, the British Overseas Ter­ritories of the Falkland Islands and South Georgia have endemic spe­cies and races of land birds and an abundance of seabirds, including key populations of many of the world’s threatened albatrosses and petrels. Forward thinking wildlife conser­vationists working on both islands initiated rat eradication programmes in the late 1990s by bringing in New Zealand experts.

From countless emails and just a few short visits, five Kiwis set up a legacy that provides an enduring framework of habitat restoration. “Successfully transplanting our methods to other island communi­ties relies on three factors,” explains Derek Brown. “A meticulous and detailed plan of eradication and bio-security, the development of local expertise and the successful rat eradication of the first few islands.” The Kiwi approach has brought resounding success to the Falkland Islands and South Georgia in the last seven years.

South Georgia (375,000 ha) is thought to hold up to 35 million pairs of 31 different breeding birds, from the wandering albatross that makes circumpolar migrations to the tiny South Georgia pipit that proba­bly has to be careful not to be blown out to sea. Pipits and burrowing petrels in particular are only found on a handful of rat-free offshore islands or squeezed into the few remaining rodent-free pockets on the mainland, which amount to about 35 per cent of the island’s total 1100 km of coastline.

The charge against rats was led by Sally Poncet, who has surveyed just about every inch of coastline at South Georgia. “Even on my first visit in 1977, I was struck by the total ab­sence of South Georgia pipits and the smaller burrowing petrels in those ar­eas with rats and the impact that had on the vegetation,” Sally explained. “The risk of rats invading more is­lands and coastline was always there, but it wasn’t until 1999 that we were able to start doing something about it: we got government support for a rat eradication feasibility trial which included looking at quarantine issues for the first time.”

South Georgia is not an easy place to work. It’s remote, sepa­rated by 800 nautical miles of often stormy seas from the Falkland Islands. Over half of the island is covered in permanent ice, and snow lies down to sea level for much of the winter. Eradication would have to be done during the summer, which means laying bait among all the breeding birds.

“Conditions at South Georgia are unique, and I knew we had to get the best advice there was. That’s where Andy Cox came in,” said Sally. Andy, a member of IEAG and already busy working on the ambi­tious eradication plan for Campbell Island, was positive that the New Zealand methodology could also work in South Georgia. During 1999 and 2000, Sally combined her local knowledge with Andy’s expertise and experience and that of his col­league Ian McFadden. Funding was obtained from the South Georgia Government, and work began on the first stage of investigations, which in­cluded testing the suitability of New Zealand bait and methodology, and assessing the feasibility of eradicat­ing rats from discrete areas isolated by glaciers.

“Once we had an eradication plan for a trial island, we needed to test it,” says Andy, and he and Ian joined Sally and several willing as­sistants on her family’s yacht for two months of field work at South Geor­gia in November 2000. After exam­ining a range of potential eradication sites up and down the coast, the team opted for Grass Island (30 ha) near the abandoned whaling stations of Stromness and Leith Harbour. Little did the three Kiwi sea kayakers who passed Stromness Bay on their successful circumnavigation of South Georgia in October 2005 (see NZ Geographic issue 79) know that the efforts of their countrymen would also come to fruition that spring.

Grass Island was declared rat-free in 2002 but it wasn’t until Decem­ber 2005 when the real success was witnessed. “We saw a South Georgia pipit in display flight during a brief visit in early December,” said Sally. “Of course we went back for a second look some days later and were rewarded with the sight of a pipit carrying food in its bill.” South Georgia pipits bring food to their incubating mate and then later to the chicks—either way, Sally had a new breeding site for South Georgia pipits. More importantly, it proved how future eradications could work at South Georgia. The Government of South Georgia and South Sand­wiches now employs its own island restoration scientist, Darren Christie, who learned his trade with Derek Brown in the Falkland Islands while working as a volunteer for a local non-governmental organisation,Falklands Conservation.

The 750 islands that comprise the Falkland Islands are home to 70 species of breeding birds. Of these, small ground-nesting land birds like the endemic Cobb’s wren and small burrowing petrels are found only on rat-free islands. On the advice of Sally Poncet, Falklands Conservation turned to New Zealand for help and Derek Brown responded whole­heartedly.

For Derek, there was little to go on in the Falkland Islands. “There was a lack of detailed knowledge on the vast majority of islands in the Falklands and where rats were and what effects they had,” Derek explained. Derek and his colleague Lindsay Chadderton set about creat­ing an island database using local knowledge and field surveys, and establishing a priority list of islands to be cleared.

Without helicopter pilots in the Falklands experienced in aerial application of rat poison, Derek, Lindsay and colleague Kerry Brown resorted to ground-based tech­niques—either hand-laying of poison in bait stations or hand-broadcasting bait to simulate an aerial bait drop. They started in September 2001 with two islands just outside Stanley Harbour, the home of most residents of the Falkland Islands. “Over two months and a series of small and relatively simple islands, we devel­oped the skills of the Falklands Con­servation scientists, including Darren Christie,” said Derek.

The following year, Falklands Conservation was confident enough to attempt eradicating rats from a further two islands and in 2003, Derek was back once again to assist with a larger scale eradication opera­tion. At 305 ha, North East Island be­came the largest island in the world where the rat poison was broadcast by hand. Judging by the number of Cobb’s wrens and tussacbirds that greeted the zodiac carrying Falk­lands Conservation personnel on a recent post-eradication visit, the baiting was a success. A visit to the two islands where rat eradication efforts first began also showed a vic­tory—breeding Cobb’s wrens.

Darren Christie, currently working on rat eradication at South Georgia, recently returned to his Falkland Islands base after a study trip in New Zealand to observe Derek Brown and Andy Cox in action on their own turf. “What I like about the field of rat eradication is that all the practitioners like to work together, to listen and learn from one anoth­er’s mistakes and successes,” said Darren. Andy Cox believes that by “working with other countries, we lift New Zealand capacity as well”. New Zealand leads the way in eradi­cation because of this co-operative approach and a curiously comple­mentary mix of meticulous attention to detail and a ‘give-it-a-go’ attitude.

Ironically, the transfer of skills from New Zealand to places like South Georgia and the Falkland Islands might come full circle. Derek Brown predicts that “the Falkland Islands could become a world leader in rodent eradication research, with all its small islands to test new strate­gies, baits and reduce overall per hectare costs.” 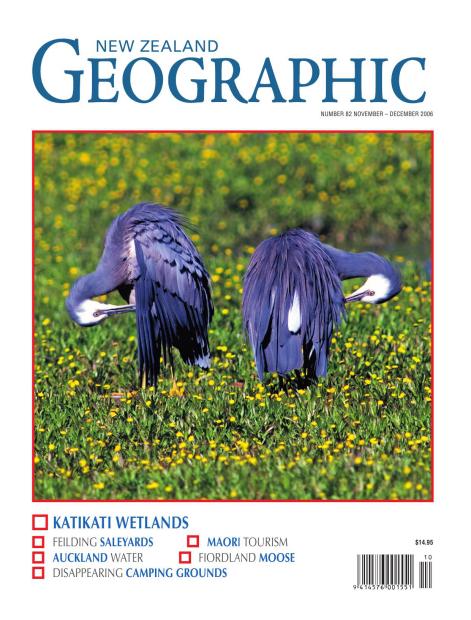