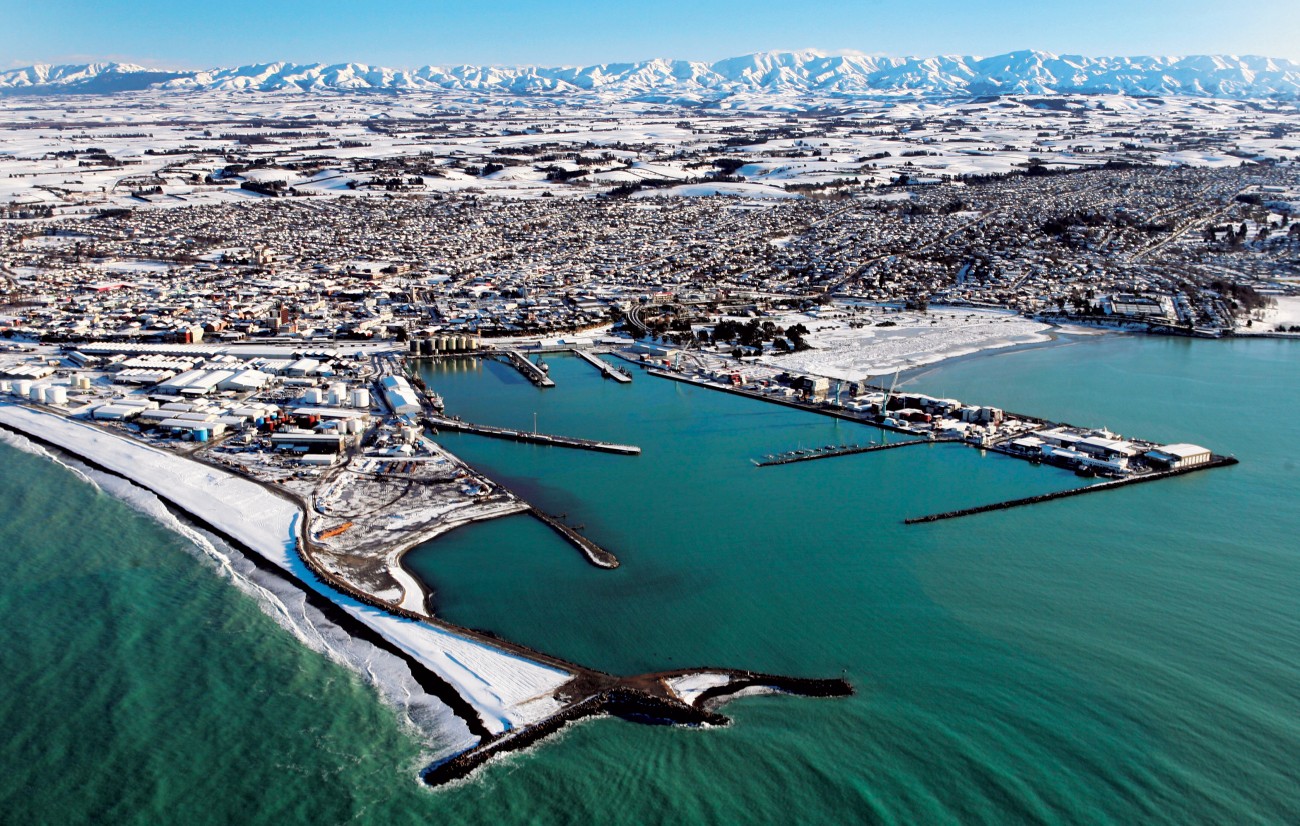 Although New Zealand is not a large country, its mountainous terrain usually breaks up the weather so that there are marked contrasts between what happens in the north and south, or between east and west. However, a deep low, such as the one that crossed the country on Sunday and Monday the 11th and 12th of June, can deliver drama to pretty much every nook and cranny of the country, albeit with different flavours in different provinces.

As the low approached, warm moist north-westerlies ahead of it produced very heavy rain in the west of the South Island, some of which spilled over the Alps into the headwaters of the hydro-lakes. Colliers Creek in the hills behind Hokitika received more than 350 mm of rain over the two days while Franz Josef had over 400 mm. East of the main divide, some 200 mm fell at several sites in the headwaters of Canterbury’s Waimakariri River, over 100 mm descended on Mt Cook Village above Lake Pukaki, and around 90 mm fell at Makarora at the head of Lake Wanaka.

Heavy rain also fell over the ranges in Kahurangi National Park, in north-west Nelson, and across the high country of the North Island from Mt Taranaki to East Cape as well as in the Tararua Range. Damaging winds ahead of the low affected much of the North Island, knocking over trees in many districts and blowing the roof off a house near Wellington. In Greymouth, a small tornado ripped off the porch and front wall of a house and snapped a number of trees off at their roots.

But the wind’s greatest trophy was the Auckland power supply. After blowing a few Auckland windows in and dropping some trees over roads and power lines, the wind snapped off a small earth wire which fell over high voltage lines cutting power to over 700,000 people. Trains were stopped and buildings plunged into darkness. People were trapped in lifts until the Fire Service could rescue them. Around 300 sets of traffic lights failed causing major traffic jams. Some drivers left their cars and stood in the rain to direct the traffic, while others improvised their own solutions by driving down the wrong side of the road. Petrol stations were unable to pump fuel and many schools and businesses closed, at an estimated coast of over $50 million dollars in missed trade.

And then the snow started. Warm moist air wrapping around the low climbed over cold southerly air sliding up the South Island east coast resulting in the heaviest snow in Canterbury since 1992. Roads and airports were closed and many power lines brought down by falling branches or the weight of the snow on the lines. Fortunately for farmers, it was early in the winter and lambing was still many weeks away. Consequently stock losses were small, although fields are expected to cut up and become muddy once the thaw comes.

The melt-water, however, is expected to have a significant impact on depleted groundwater that has been at the lowest levels since records began in 1970. After the 1992 snowfall, some deep wells rose by as much as 5 metres, although it may take three to six months for the water to percolate down. Melting snow will also help lift levels in the hydro lakes that were already boosted by the northwest rain.

In Timaru, where the snow was the heaviest to fall in 60 years, the weight of snow collapsed the showroom roof of Hervey Motors and part of Fonterra’s drystore. Hundreds of house verandas and guttering systems were also wrecked.

Of course, skifield operators were delighted with the snow. Over half a metre fell on most of the Canterbury skifields and 30 to 40 cm on the Otago skifields, most of which are getting ready to open. Some keen snowboarders even got in practice while being towed behind cars through the streets of Timaru.

As well as knocking out power supplies, the snow also toppled some cell phone towers cutting communications in many rural areas. Not all of these services had been restored by the time another, smaller, snowfall occurred just over a week later.

The low that brought all this excitement deepened so fast as it moved southeast across the Tasman Sea and New Zealand that it qualified as an example of “explosive cyclogenesis” otherwise known as “a bomb.” This term was coined it the 1970s by meteorologists in the USA studying the development of depressions off their east coast, some of which deepen by 60 hPa in 24 hours—thanks in part to heat from the Gulf Stream.

A study of rapidly deepening depressions in the Southern hemisphere found that one of the main source regions for them is over the ocean just east of Australia. Here there is a warm ocean current to help inject heat and moisture into the air, both of which are key ingredients for deepening lows. Also, there is a mountain chain just to the west that helps impart vorticity to airstreams as they rise over them. Another factor is the strength of the upper wind system known as the sub-tropical jetstream. So much air rises over Asia during the monsoon that some of it spills across the equator at high levels into the Southern hemisphere. As it moves towards mid-latitudes the air accelerates into the sub-polar jetstream.

This year, as it happens, the Asian monsoon has been particularly active, starting early and causing widespread heavy flooding in many countries. Consequently, the subtropical jetstream in our region has been very strong, reaching speeds of over 300 km/h. A strong jetstream helps deepen lows by more rapidly transporting high-level vorticity downstream from the troughs that move through the mid-latitude westerlies from time to time.

All of this geography coming together makes the Tasman Sea a hotbed of weather action. And what an intriguing example of the interconnected nature of the world’s weather—that the heat of the Asian monsoon can contribute to creating the cold of a New Zealand winter.