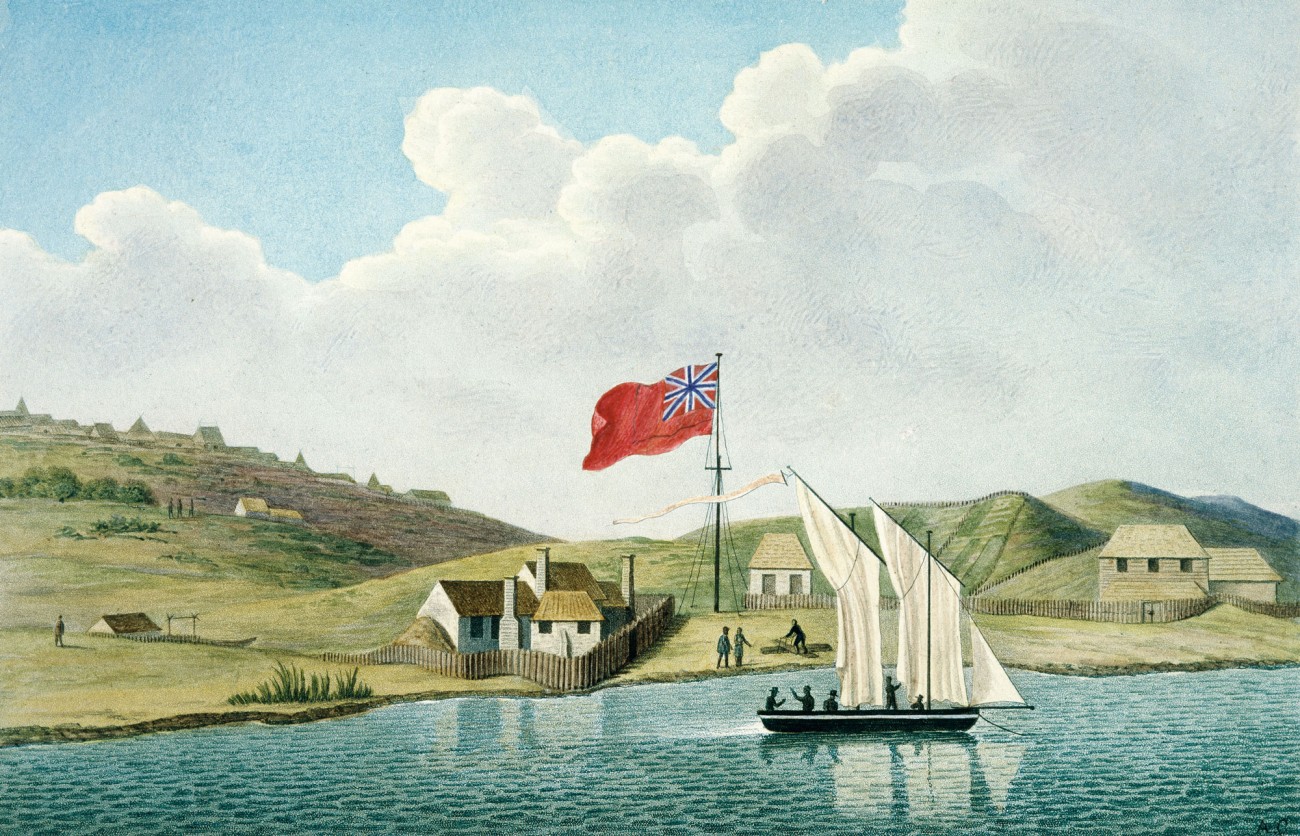 WHEN CHARLES DARWIN arrived at the Bay of Islands in December 1835 aboard HMS Beagle, he was impressed neither by the land, which for the most part was “uninhabited, useless country”, nor by the Māori, who he thought “of a low order” compared to the joyous and civilised Tahitians. He was, however, struck by the changes wrought by the resident Anglican missionaries in just five years. Land and native inhabitants alike within range of their influence seemed to the young naturalist to have been touched by the “enchanter’s wand”.

Under tillage the soil had become productive, with crops of barley and wheat, potatoes and clover, and the Waimate mission station itself resembled an English farm house. Darwin’s eye luxuriated in the vast array of fruit and vegetables, including asparagus, rhubarb, olives, grapes, currants and hops, and the pleasing variety of flowers. There was a threshing barn, a blacksmith’s forge, ploughshares and even a substantial water mill where “the New Zealander may be seen powdered white like flour, like his brother miller in England”. Darwin also noted several young Maori men at Waimate, former slaves now “redeemed” by the missionaries and fashioned into respectable, well-dressed, cricket-playing members of the community.

Darwin’s tendency to see linearity in the meeting of cultures is understandable: history and the apologists of empire alike taught that the savage was inevitably transformed by the superior technology, morality and social mores of a benevolent higher civilisation. Certainly, this was the process that the printed accounts of the missionaries, circulated in the metropoles of Europe, suggested was underway.

Not so, argues Tony Ballantyne in Entanglements of Empire. Missionary diaries, journals, letters, reports and minutes reveal a less confident, more compromised and often thwarted endeavour, one that was subject to a largely uncontrollable flux in power relations between, and within, groupings of Pākehā and Māori.

“Missionaries were required to work with Māori, to immerse themselves in the logics of Māori language and culture, and to make substantial accommodations to Māori practices and beliefs,” says Ballantyne.

A case in point: despite determined efforts, the evangelists made little headway against slavery in the 1810s and 1820s, and were forced to work under the protection of rangatira with large and increasing numbers of war captives.

Nor did the doctrine of the morally uplifting value of work—the habit of “steady industry” as an end in itself—sit well with a people accustomed to working for finite periods and towards clearly defined ends.

“They generally learn quickly; but every fresh bit of knowledge they pick up puffs up their pride, and by the time they know enough to be useful, lose all heart for their work,” complained Susan Maunsell of her Māori domestics.

The culturally loaded practice of tattooing was even more difficult to displace. New South Wales settler John Liddiard Nicholas recounted that when the visiting rangatira Te Pahi was challenged about tā moko, “he immediately censured some of our own [practices] as far more ridiculous, and many of his arguments were both rational and convincing”.

And the missionaries themselves risked being tainted by the Māori world view. Mere exposure to te reo Maori “modified [their] linguistic and mental worlds”. Indeed, cultural resistance, appropriation, infiltration and accommodation characterised the years leading up to the Treaty of Waitangi, reshaping Pākehā as much as Māori, says Ballantyne.

Even the two cultural poles—Pākehā and Māori—were fractured into contending, conflicted groups. Northern Māori, for example, were riven by long-standing grievances and rivalries, while new power blocs formed around unequal access to novel food plants, European weapons and other technologies. For their part, Pākehā were divided by class and religious differences and by incompatible ideologies of settlement.

Ballantyne terms this state of affairs “entanglement”, taking his cue from ‘anthro-historian’ Carolyn Hamilton’s work on Shaka Zulu in colonial Africa. Diverging from the pioneering work of Keith Sinclair, Judith Binney, Ranginui Walker and others, Ballantyne’s is a more granular, contingent and shifting understanding of how history plays out. At its heart, it attempts the historiographical equivalent of moving from a Newtonian understanding of matter to one provided by quantum physics.

Entanglement replaces elegant cultural collisions and the ineluctable movement of imperial bodies with something that feels much closer to the messy, unpredictable and sticky condition we call life.

As Ballantyne says: “Once people and places were entangled, or perhaps ensnared, in the webs of empire, it was difficult to control cross-cultural connections, and it was impossible to unpick history: linkages might atrophy or be severed, but it was not possible to erase their consequences and ramifications.”