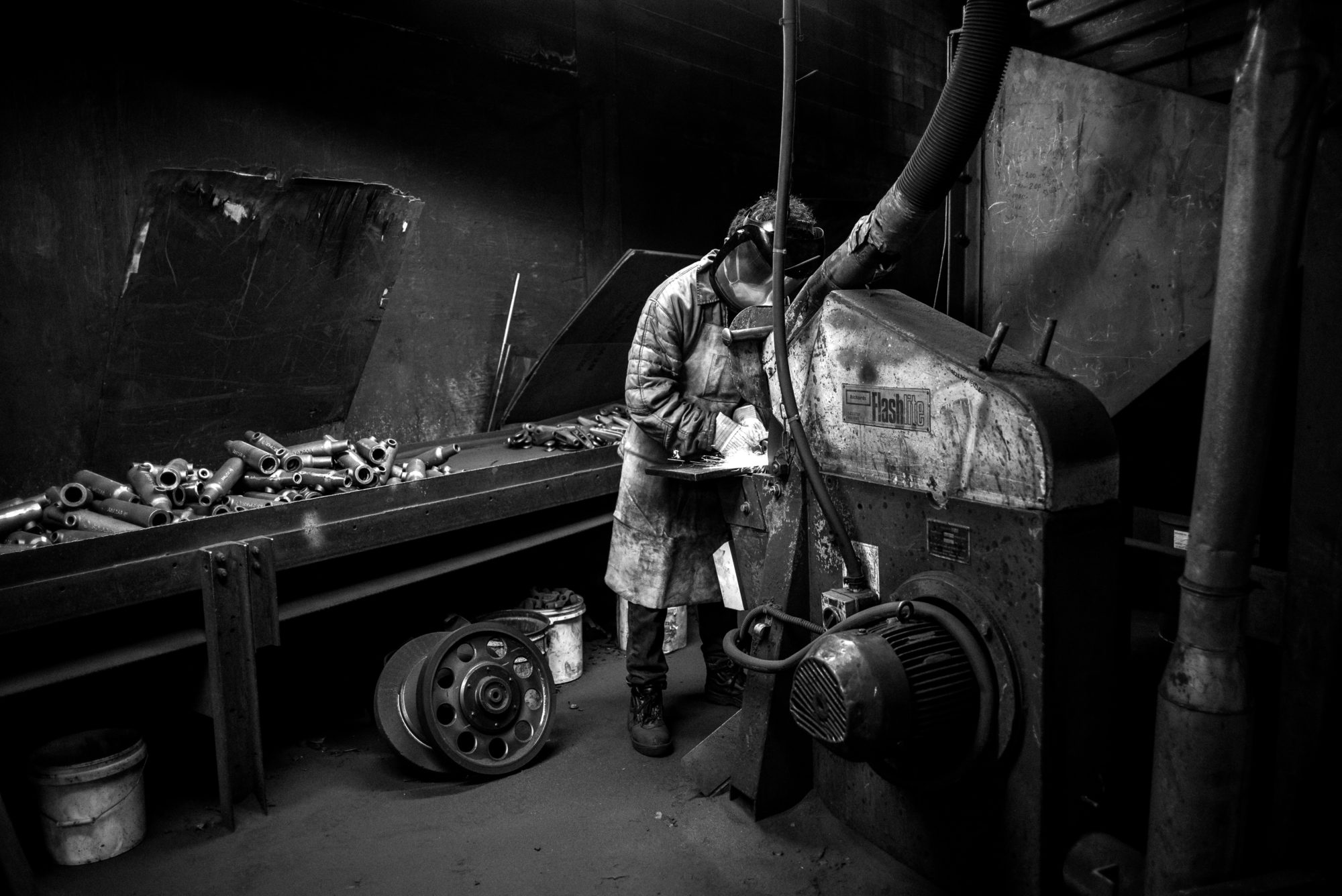 It’s like looking back in time,” said photographer Cameron McLaren after his first visit to Auckland’s Precision Foundry. “They are the last of their kind. There hasn’t been a new apprentice pattern-maker for many years.”

Precision Foundry has been pouring ductile iron castings for about 100 years—but in 2018, just before Christmas, it went into receivership. Many of its 90-odd employees left for their summer holidays unaware they no longer had a job. One person discovered the foundry’s closure after driving past its Mt Wellington premises and seeing machinery being loaded into containers.

Foundries produce metal castings—liquid metal poured into moulds created by pattern-makers—to make component parts for a variety of industries, from automotive, to manufacturing, to construction.

“Nobody has the faintest idea what an engineering pattern-maker does,” says former Precision employee Peter Van Rooyen. “When you say you’re a pattern-maker, they think you make dresses.”

What’s the most important skill a pattern-maker should have? “Attention to detail,” says Van Rooyen. “It’s all about accuracy, measurements. It’s all angles: there’s a lot of trigonometry, a lot of mathematics involved. You have to be meticulous.

The technology is changing: moulds are designed on computers, and parts can be 3D-printed in metal rather than cast.

“Technology is a good thing, to a degree, but mine is the last generation that’s actually done apprenticeships. In the next 20 years, there will be nobody left who can produce a cylinder head by hand.”

Meanwhile, New Zealand Steel, which owns the Glenbrook Steel Mill south of Auckland and manufacturer Pacific Steel, has told the government that it may be forced to shut up shop if changes aren’t made to climate change legislation under consideration. (Both operations have been reportedly threatened with closure multiple times over the past decade.) Glenbrook manufactures about 650,000 tonnes of steel each year, burning about 800,000 tonnes of coal in the process, while Pacific Steel produces rebar, mesh and wire. If steel production is lost from this country, New Zealand Steel wrote in its submission on the Zero Carbon Bill, it is unlikely to return: “The Glenbrook community is built around the mill. It cannot be overstated what the closure will mean to our community.”

Nor for the nation. If New Zealand Steel closes its doors, the country will lose not only an industry, but also a technology. All steel will need to be imported, exposing our construction industry to the economics of international transport, and a geopolitical trade war being waged between east and west.