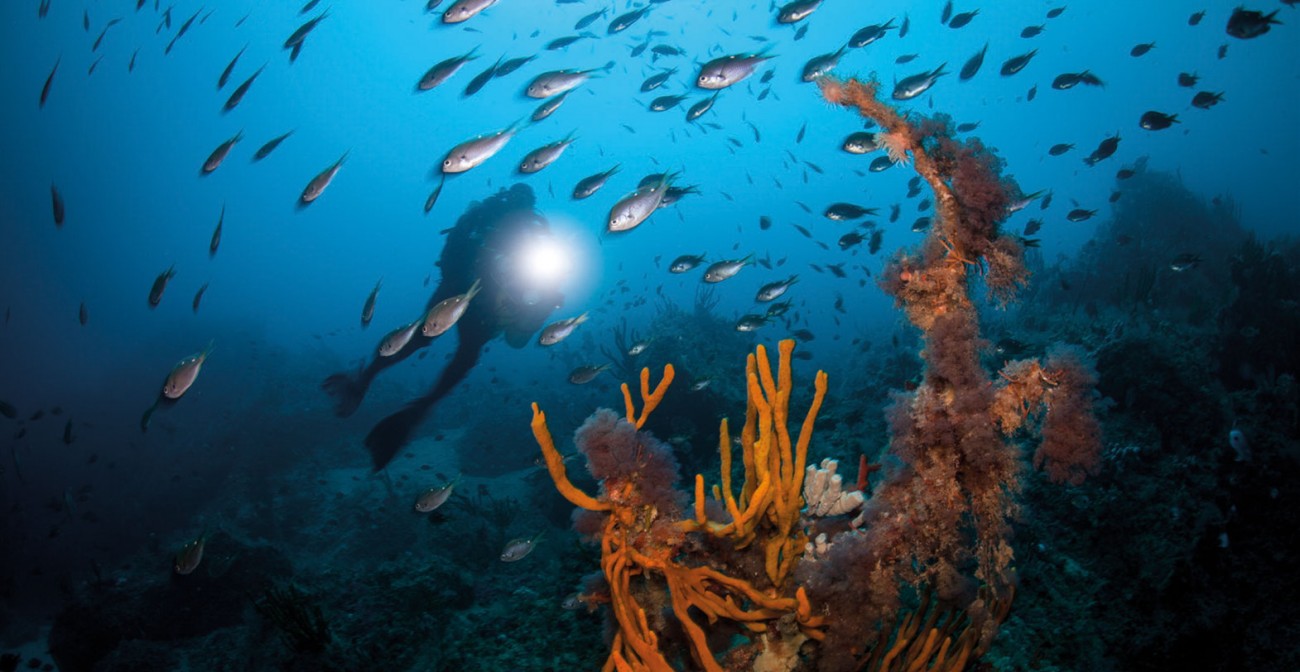 My grandmother used to say our family had salty blood, as if to explain our magnetic attraction to the sea. But it appears that’s true of everyone. Human blood plasma bears salts of sodium, magnesium, potassium and other electrolytes in a strikingly similar proportion to seawater. (I’ve read that navy surgeons during World War II used diluted seawater for emergency transfusions when supplies of plasma were unavailable.)

So there’s a little bit of the sea in all of us—we’re made of the same stuff. However, the connection is richer than that for New Zealanders. Oceans encircle our archipelago and comprise some 95 per cent of our political estate—we are an overwhelmingly oceanic nation within the Earth’s greatest ocean. For New Zealanders, the seas are a playground, a habitat, and an asset.

In economic terms they represent a barrier to trade, a moat to protect our industries from destructive pests, and more recently, a realm to harvest—fish, shellfish, oil, gas, metals and minerals. As a result it has become popular economic policy for governments to place monetary values on these resources before they have been exploited to underscore the commercial opportunities that abound in what is grandly called the “marine estate”. Quantifying living and mineral resources in this way attracts commercial interests—domestic and foreign—to license tracts of territory to drill, trawl or mine. Provided it’s done responsibly, does no harm, and returns adequate compensation to New Zealand (points that can be disputed under present arrangements) it’s hard to mount an ideological objection. But shouldn’t our natural systems have some intrinsic value in an undisturbed state?

Pioneer diver and biologist Wade Doak makes the case for marine reserves as “wet libraries”, underwater reference sections for the structure and function of marine life. Other advocates use economic arguments, pointing to the fact that no-take reserves benefit those fishing around them as target species ‘spill over’ reserve boundaries, and larvae drift with currents—what biologist and marine reserve advocate Bill Ballantine refers to as the ‘thistledown effect’. Just as regulating a financial market can benefit all traders; limiting fishing can improve fishery yields.

But this logic may not go far enough.

Can’t the ocean realm be valued for what it is, rather than what can be extracted from it?

We seek the sea as a salve, as solace, as sustenance—something brought to mind in every email from New Zealand Geographic’s Editor at Large, Kennedy Warne, who wrote the special feature in this issue. His email footer quotes the words of Danish author Isak Dinesen (Karen Blixen), “The cure for anything is salt water—sweat, tears or the sea.”

Now, it seems, we need a cure for the sea itself.