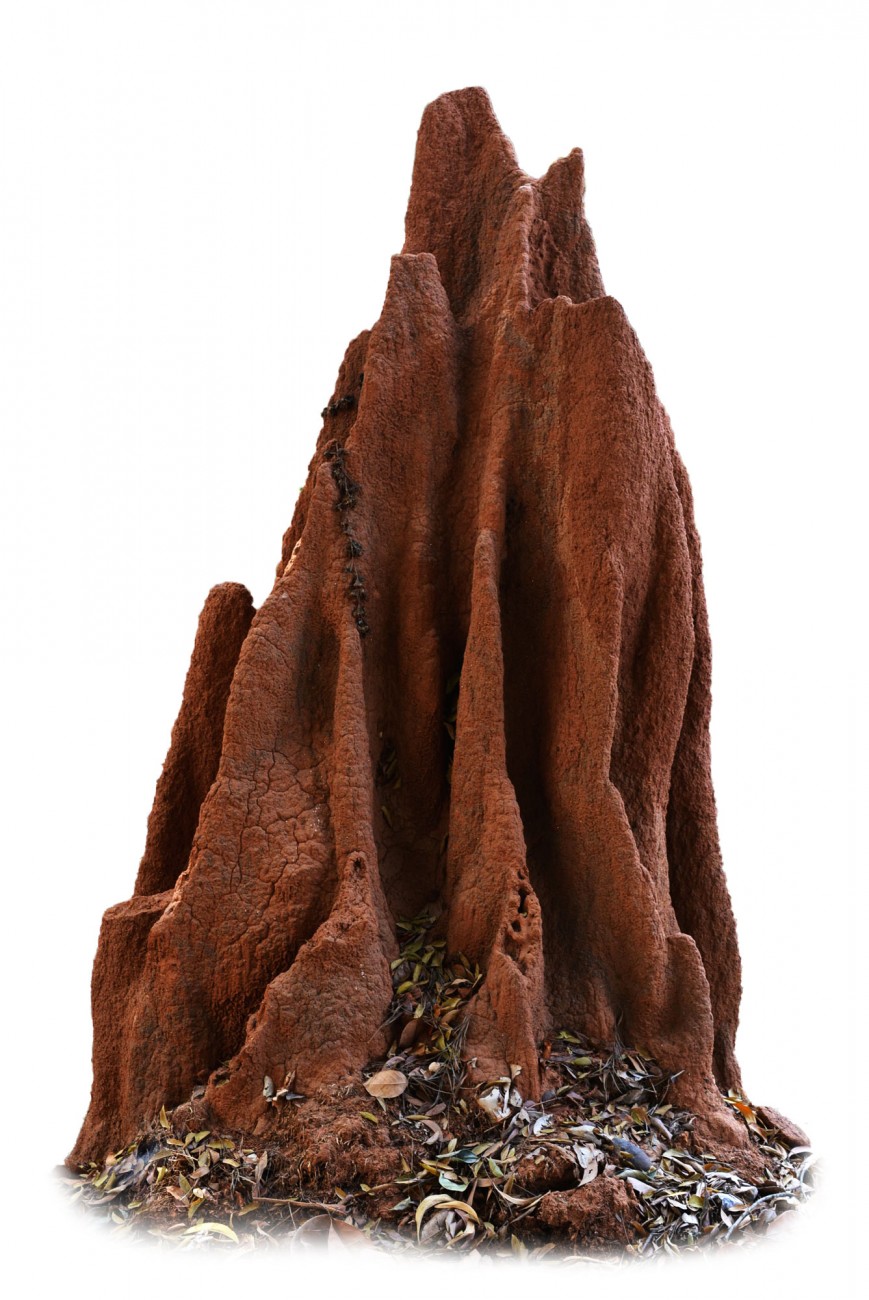 Termite mounds are known to be self-ventilating. Now, scientists have a new theory as to how this works.

Many fungus-harvesting termite species build huge channel-filled mounds of compacted soil above ground, while their nests are kept well below. It’s long been suspected that the mounds help to regulate heat, humidity and carbon dioxide levels for the nests below, perhaps by wind forcing air through the mound or heat from the nests themselves driving airflow.

However, studying the termite Odontotermes obesus from southern India, scientists from Harvard University and the Massachusetts Institute of Technology found that carbon dioxide levels inside a mound would climb during the day, then plunge when the cold night set in. The daily convection currents caused a sudden flow of air through the nest, enabled by channels arranged in an ingenious design.

Termite mounds have a central chimney with smaller buttresses (flutes) around the outside. As the flutes heat up with the day’s sun, air expands and rises in the flutes, while contracting and sinking in the better-insulated chimney to create a natural circulation pattern that flushes stale air from the nest to the surface. The process is reversed in the cool of the evening.

The scientists are now testing termite mounds in Africa to see if the same holds true.