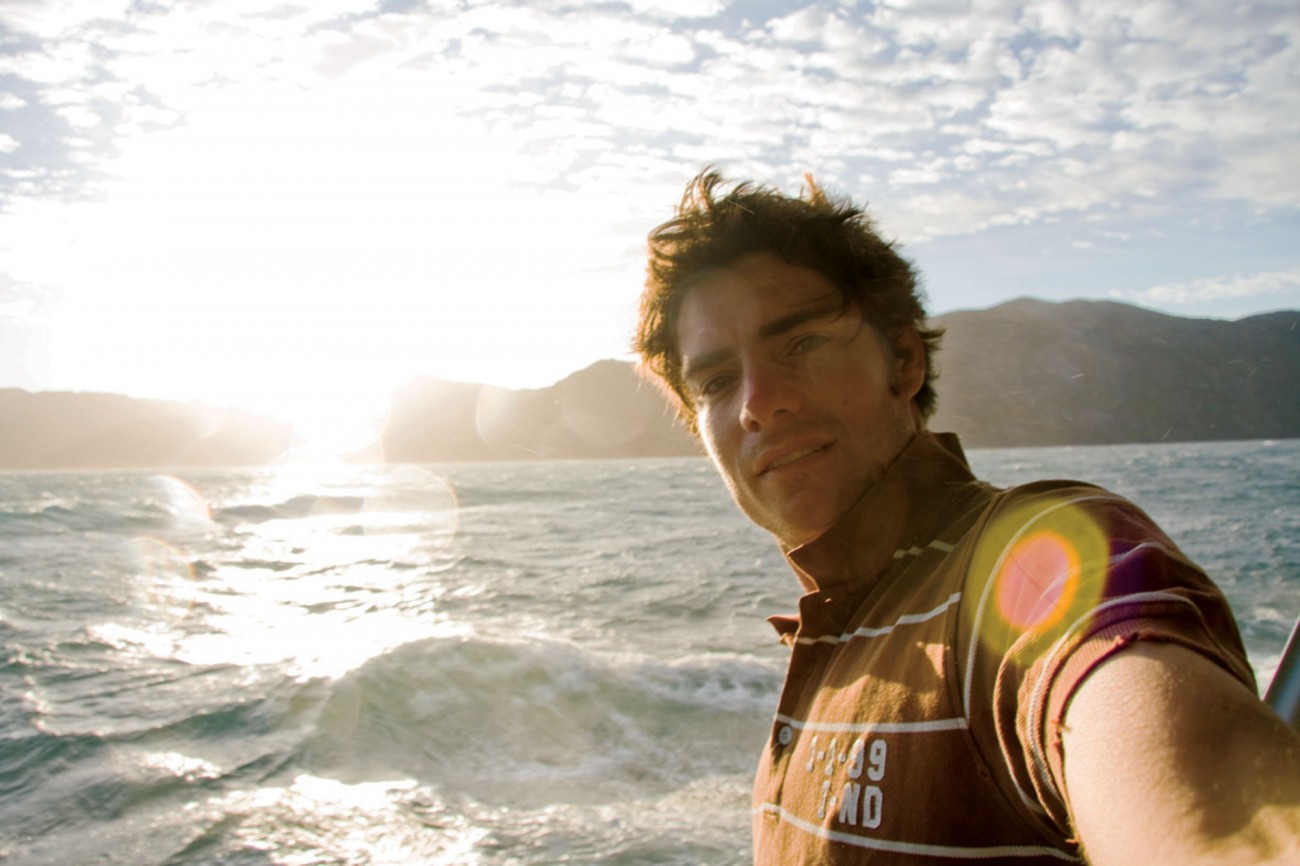 The wind tore at the wave tops until they stood up stiff, driving spray from their crests which was carried with the breeze and lit up by the early morning sun until the air itself seemed filled with glitter. Though the forecasters had predicted a gentle zephyr for the final day of a voyage around D’Urville Island, the anemometer on the bridge was recording 45 knots and waves were crashing over the bows, casting a sheet across the windscreen every time the vessel pitched. This was an unforeseen and relatively unwelcome gale in which to be caught in Tasman Bay.

Living on a narrow archipelago, we rely on the electric eyes of a weather radar to see beyond our shores—a device so sensitive that it can detect particles as small as aphids from hundreds of kilometers away (see page 28). This would be perfectly adequate technology if the country were flat. Instead, incoming systems from the Tasman strike the coast, lift over mountain ranges, cooling rapidly as they rise, and tumble down from snowy tops as katabatic winds which pummel all in their path. They gather heat over large areas of land, bend through bays, buckle through valleys and venturi through narrow straits taking unsuspecting mariners unawares.

New Zealand has always been shaped by these forces of nature and still wears the scars. Geologists can read rock as one would a book, inferring from the fabric of the land how it was shaped, when, what may have lived upon it and, importantly, what conditions prevailed at the time. These inferences give us the ability to project forward, to understand how New Zealand and its cargo of inhabitants might change as temperatures increase, sea levels rise and atmospheric conditions change over the next century. But the information is also intrinsically interesting in its own right. In this issue Warren Judd peels back layers of time to discover what New Zealand may have been like 65 million years ago, when one of the most catastrophic events on Earth occurred. Half of all life was wiped out. It is a sobering reminder of our own fragility as a species; only the small survived, while the dinosaurs were annihilated.

In this issue we also wade into the world of wetlands—once maligned as unproductive swamps, we now understand that they are crucial to a functioning ecosystem, that they protect the farmland that is intruding upon them from floods and support a web of life found nowhere else in the country.

The surge of agriculture has drained 90 per cent of New Zealand’s wetlands and with them the valuable ecological services they provide such as water purification and flood prevention. It’s a legacy of destruction which closely emulates that of Britain’s great wetlands, a regrettable development predicted by Joseph Banks. Inspecting the Thames River he couldn’t help but wonder at the prodigious agriculture which could supplant the Hauraki marshland or note the value of the kahikatea forests as timber. But, as Roy Hunt acutely observes in this issue, Banks seemed to change his perspective late in his life, lamenting the loss of the Fens, the marshland of his native Lincolnshire. Nearly two centuries on we are still struggling to find this balance between occupation and stewardship, and our wild places hang in the balance.