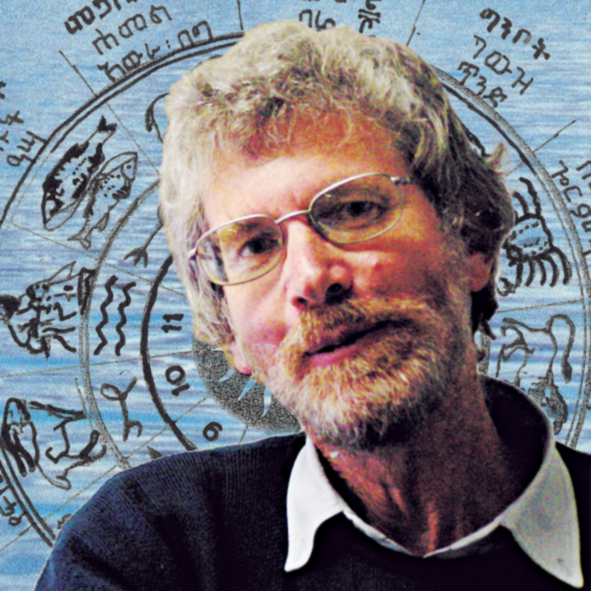 Working with her—by email—on a climate change news story has exposed me to another whole dimension of the global warming issue—the ocean.

For reasons explained in the article, most carbon diox­ide released into the atmosphere is destined to end up in the ocean and the ocean has a great capacity for holding CO2. However, the ocean is no quick fix waste dump for our surplus CO2. Mixing between the surface layers and deeper water is very slow, taking centuries rather than years or decades.

Subtle new methods now give scientists some confi­dence that they can distinguish between carbon dioxide released by burning fossil fuels and the contemporary pool of recycling carbon. Using these methods, only in the North Atlantic has anthropogenic carbon been de­tected at a depth much greater than 1000 m. In general, it has only penetrated 200–400 m into the ocean, and absorption of a large amount would take 1000 years.

And as more CO2 dissolves in the ocean, it interferes with the sea’s carbonate buffering system, making the water more acidic and less able to actually absorb ad­ditional CO2. A more acidic ocean would threaten to dis­solve the calcium carbonate exoskeletons of invertebrates such as shellfish, sea urchins, corals, foraminifera, and some crustaceans.

Not all plants would escape either. Two major groups, the coralline turfs and the microscopic coccolithophores would be at risk. Presumably these groups could be­come extinct. So far, the pH of the ocean has dropped from 8.25 to 8.14, but within a century it could drop by a further 0.4–0.7 of a pH unit. This doesn’t sound like much, but because the pH scale is logarithmic, a 0.5 pH unit decrease corresponds to a threefold increase in the concentration of acidic hydrogen ions—not trivial at all.

To me, changes in the ocean seem more final than ter­restrial changes. Ashore, we are accustomed to variable weather: to mud and dust, to trees green then bare in winter, to frost and sweat. If the climate changes a little, surely we will be able to adapt on a broader front to what we experience across an unpredictable year. After all, most of the inhabited world now is either drier or wetter than New Zealand and it copes.

But the ocean is a much more stable place, a holdfast, a consolation. Just 10 metres below its splintery surface, there is never drought nor hail, the wind above counts for little, and temperature changes from day to day are barely perceptible. In a warmer world these things would still be true, except that it would be a different submarine world. For although there are a plethora of organisms in both warm and frigid seas, nothing is accustomed to growing at a pH below 7.9.

More organisms could be affected than just those with shells. Marine organisms have a more intimate relation­ship with the sea than we have with the air. We ward off the atmosphere with clothes and chemicals, buildings and air conditioning. Perhaps the closest we get to the sense of envelopment by the sea a marine organism experi­ences, is when we float in amniotic fluid in the womb—a memory few of us retain!

With climate change the possibilities, few of them boding good for the ocean or the world, are numerous and the models used to explore them labyrinthine in their complexity, demanding the honed expertise of the Irina Marinovs of this world to unravel.

The notion of expertise brings me conveniently to Ken Ring. Mr Ring is a self-proclaimed long-range weather forecaster who believes that the moon’s proximity to Earth—able to be calculated accurately far into the future—is what determines our unpredictable weather. He publishes an almanac and pressure charts for the year ahead. Senior MetService forecaster Erick Brenstrum, who, like all scientists, lacks confidence in the moon’s ability to influence our weather, used his weather column in NZ Geographic #79 to take issue with the accuracy of Ring’s forecasts.

This issue carries a reply from Ken Ring and a rejoinder from Erick Brenstrum. A couple of points in Ring’s letter provoke me to comment. He writes that, “One man’s view is just that, and can be cancelled out by the oppo­site view of just one other.” Nonsense! Where knowledge is involved—and where isn’t it required today?—the voice of the trained expert counts for a lot more than that of the less informed.

Mr Ring also claims that while Brenstrum is entitled to discuss weather systems, it is unfair of him to name Ring! Indeed, he alleges this is bullying! I can’t agree. Ken Ring is so strongly identified with long-range lunar forecasts, that to discuss them without mentioning him by name would be as meaningless as talking about Vulcans with­out reference to Mr Spock. And once you publish a book, you’re fair game for public scrutiny of its content and your own competence!