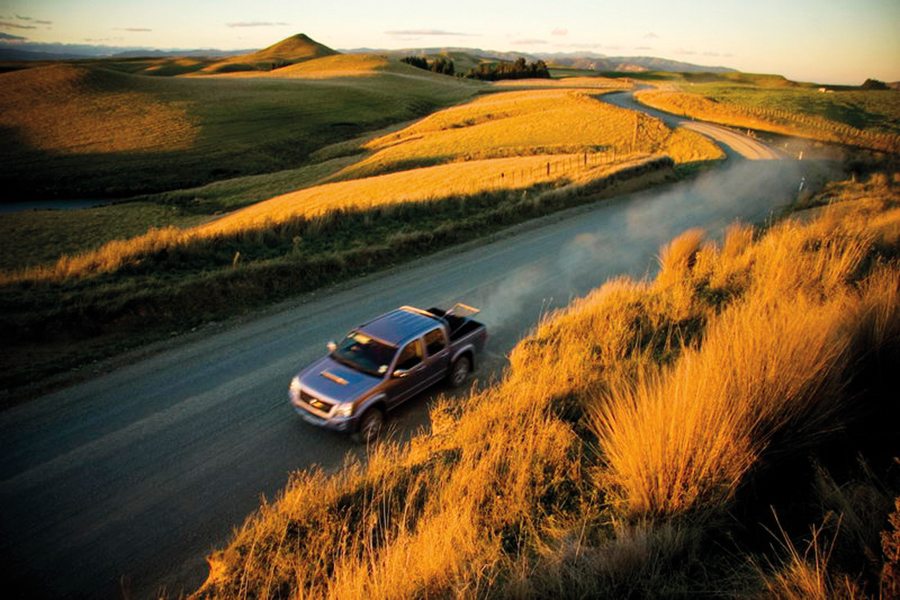 On April 22, the last 100-metre section of State Highway 1 leading to Cape Reinga was finally tar-sealed. It was hailed as a “significant milestone in the development of Northland” and would “boost tourism” said the New Zealand Transport Agency. But I can’t help feel­ing a pang of regret.

Every memorable road trip I have ever made has been accompanied by a billowing plume of dust. The im­age in the rear-vision mirror of all that you leave behind being carried away, weightless on the wind, adds appropri­ate drama to the great escape. But per­haps I am just being nostalgic.

A sealed road is inevitably a safer road, and the paved way has carried every measure of economic prosperity up and down the country. It’s a hallmark of civilisation, and nowhere is it more evident than in our cities, which have become a web of intersecting strips of seal for the safe and expedient pas­sage of goods. The faster goods change hands, the more profit is made. At last count New Zealand had 3.4 million reg­istered vehicles dashing about in self-in­terest, somehow to the betterment of us all. Ninety thousand kilometres of roads criss-cross our archipelago—more than 50 times the length of the mainland and more road per person than almost any other country on Earth.

Auckland’s vaunted $2.7 billion Western Ring Route will add more, promising to boost productivity and ease congestion in the central city by detouring traffic around it. In this issue, Vaughan Yarwood goes on-site to warm his toes upon fresh tarmac and investi­gate the motivations of a nation in love with internal combustion.

While roads may be the way of the future, it wasn’t the wagon that won our west. The Tasman coast of the South Island was all but inaccessible with wheels, its harbours barricaded by deadly bars­ there were 108 strandings of vessels with 32 total losses in just two years attempt­ing to cross the bar at Hokitika during the gold rush. In his feature How the West was Won Derek Grzelewski charts the rise and fall of our first scheduled air service set up by Bert Mercer to connect remote districts of the Coast. To con­textualise the story photographer Julian Apse retraced the route across the Alps in the original Fox Moth which started it all in 1933 and is still flying today.

But if you needed any convincing that there was merit in the past, look no further than our feature on traditional Maori fishing-hooks that starts on page 90. Circle-hook designs, in wide circula­tion throughout the Pacific a millennium ago, were largely written off by Europe­ans as “very clumsy affairs” but are now preferred by commercial fishermen, im­proving catch rates significantly. One can only hope that our road infrastructure will have such enduring appeal.

This year New Zealand Geographic was a finalist in seven categories in the Magazine Publishers Association annual awards and took home Best Cover Design and Editor of Year in the General Interest & Entertainment magazine category and Best Use of Photography. New Zealand Geographic was also highly commended for Magazine of the Year in that category, as well as Salesperson of the Year (Miles Gandy), Best Marketing Campaign and Best Relaunch (both run by Vicki Febery). Last month Kennedy Warne, Vaughan Yarwood and Derek Grzelewski were all finalists in the Environment & Science feature writer category of the Qantas Me­dia Awards and Darryl Torkler won the Environment & Science photographer award for his feature in issue 100 of New Zealand Geographic.