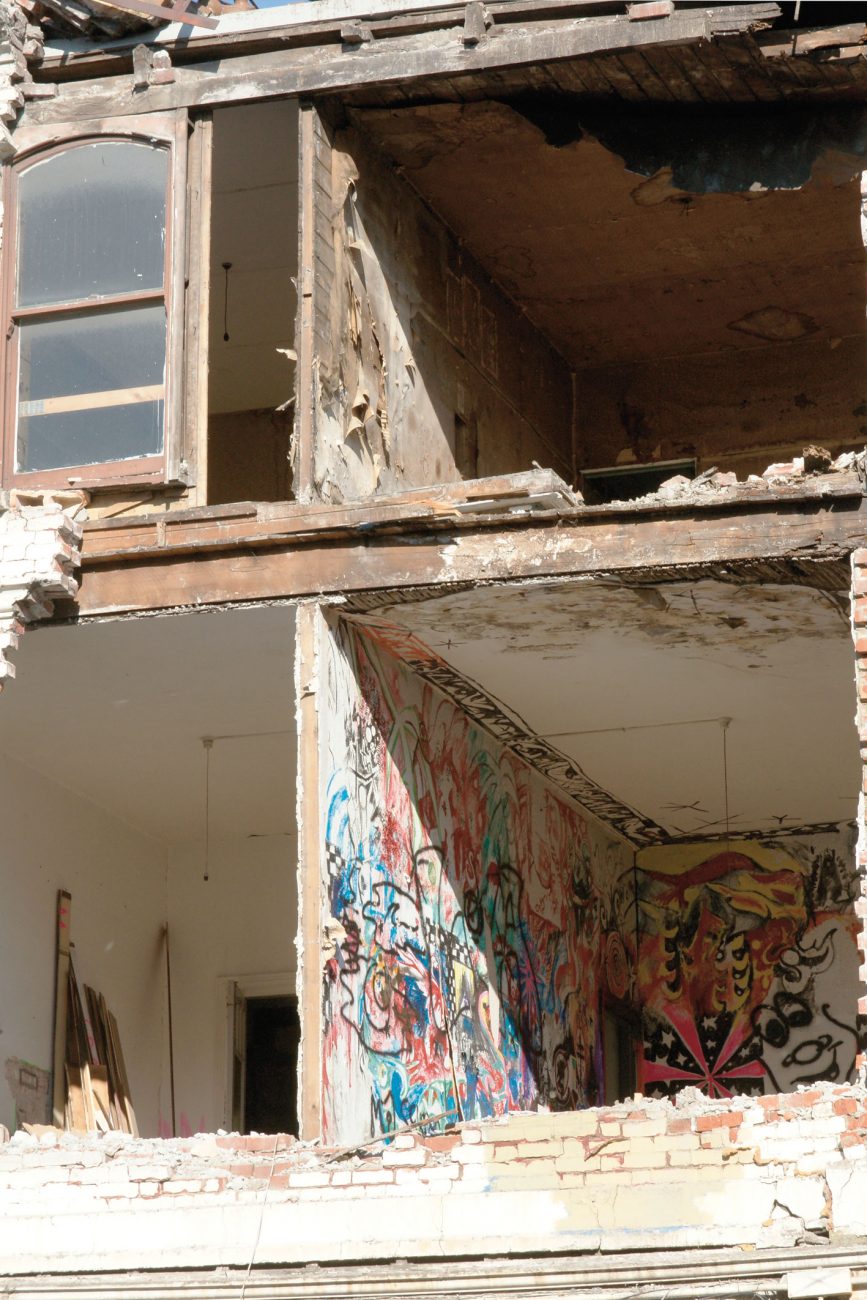 There’s something particularly unsettling about the ground moving beneath your feet—terra firma that is suddenly, frighteningly, not so firma after all. This was the reali­sation that literally dawned on the residents of Canter­bury on September 4.

The ground heaved like a storm-tossed sea, throw­ing them from beds as their homes and in some cases their livelihoods, crum­bled. And the cathedral bells tolled, swinging to the beat of a geological clock.

Among those picking up the pieces was Sally Blundell, who set to pre­paring the feature in this issue. She discovered that the ground is not immo­bile, but rather more like a layer-cake of soil and rock, each responding in a different way to movement. Some substrates shatter, others become viscous, and the soils beneath Bexley turn to liquid, spewing up through cracks in plumes of water­borne mud.

The Greendale fault was new to sci­ence, and in the weeks following the quake it became obvious that this was no simple fault—in fact there could have been a smaller fault at Hororata which triggered the catastrophic failure of the Greendale. And as this magazine goes to press, scientists are puzzling over a third smoking gun, just northwest of the quake’s epicentre. Whatever the case, it’s clear that these events are complex, and it may be more useful to think of the earth as a flexible, ever-changing structure. Usually this means an im­perceptible creep and lift as plates fold and slide and twist. On other occasions solid ground gives way completely, like the illusion it has always been.

Residents of an archipelago on the Ring of Fire have always had to deal with a sort of uncertainty in their foun­dations. It was an earthquake that trig­gered a 45-metre-high tsunami that demolished the kauri forests of the Far North in the 15th century, an act of God that dramatically recast the landscape and future of the region—as Warren Judd relates in his feature on Northland.

Moving from disaster to jubilation, we are proud to announce the win­ning and highly commended entrants in our second New Zealand Geographic Photographer of the Year competition. While every frame was captured with care, some frames stood above the rest.

The winners found an unusual angle on the New Zealand condition that expressed something about the society and
environment in which we exist. In a territory that stretches from the Antarctic dependency to islands in the tropics, with long coastlines and low population densities, we are shaped by the landscape—sometimes subtly and, as the residents of Canterbury discovered on September 4, occasionally vigorously.