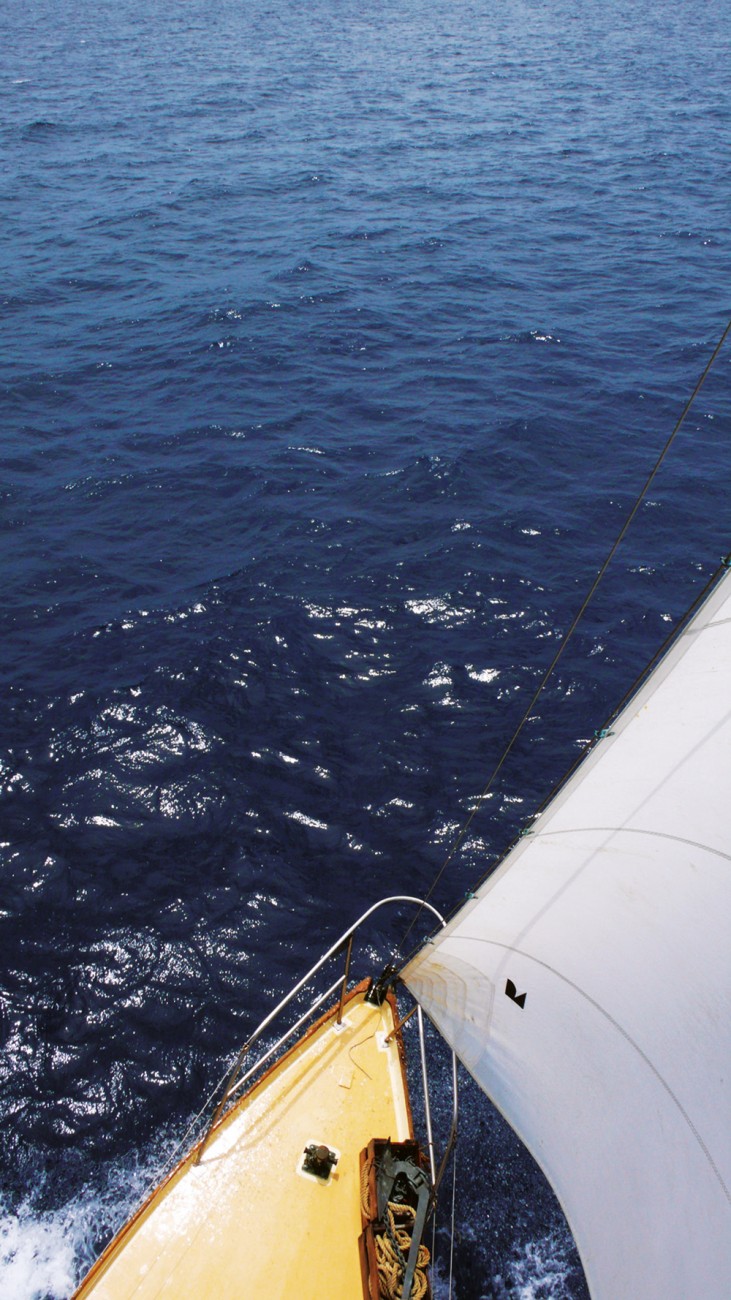 Land— stuff to be owned, tilled, trusted. Sea—frighten­ing and inconsistent, a realm to be plundered but never tamed. Issue 102 seems to bear out these prejudices.

On January 20, Shaun Quincey rowed out from Coff’s Harbour in New South Wales and into the Tasman Sea, a body of water which his father, Colin, had first rowed solo in 1977. But despite great advanc­es in navigation and forecasting between these attempts, any blue-water voyage is a journey into the unknown. Quincey en­countered a storm front within days and was buffeted and beaten, almost into submis­sion. “Honestly, if Dad hadn’t already rowed this, I wouldn’t have thought it was possible,” he says in this issue.

Even as this magazine goes to print, Quincey is still out there, battling the odds and the weather, inching ever closer to his goal, stroke by stroke.

For centuries, the sea has been con­sidered a bottomless pit, a rich pan­try for plunder on the one hand and a desolate void on the other. Either way, the beguiling reflections on the surface draw a veil over the goings-on beneath. New Zealand’s endemic jellyfish are a case in point.

Writer Margo White and art director Andrew Caldwell worked closely with world-leading jellyfish taxonomist Lisa Gershwin to put together the feature in this issue. So little is known of our species that every other photograph submitted by contributors offered a surprise—jellyfish of forms not known to exist here, jellyfish with colorations not matching their scientific descrip­tion, and jellyfish that were completely unidentifiable.

But if the seas are a mystery, the land has been tamed, tortured even. In the feature on Canterbury, Matt Philp describes the mechanisation of the modern farm—robotic milking sheds, combine harvesters that increase pro­ductivity four-fold, and irrigators that can tend nearly a square kilometre at a time—a far cry from the early dairy farming described in the feature on the Taranaki pioneer Chew Chong.

But progressive decisions made with the best of intentions today may not serve us well in the future. Dave Hans-ford looks back to the 1950s, when Pi­nus contorta seeds were dumped by the plane-load over the country to control erosion. Wilding pines are now spread­ing rapidly and conservation groups are devising increasingly sophisticated and daring methods to control them, includ­ing swinging from a 15 m chain beneath a screaming helicopter with a chainsaw between the legs. Talk about putting your life on the line—only Shaun Quincey may be able to empathise.