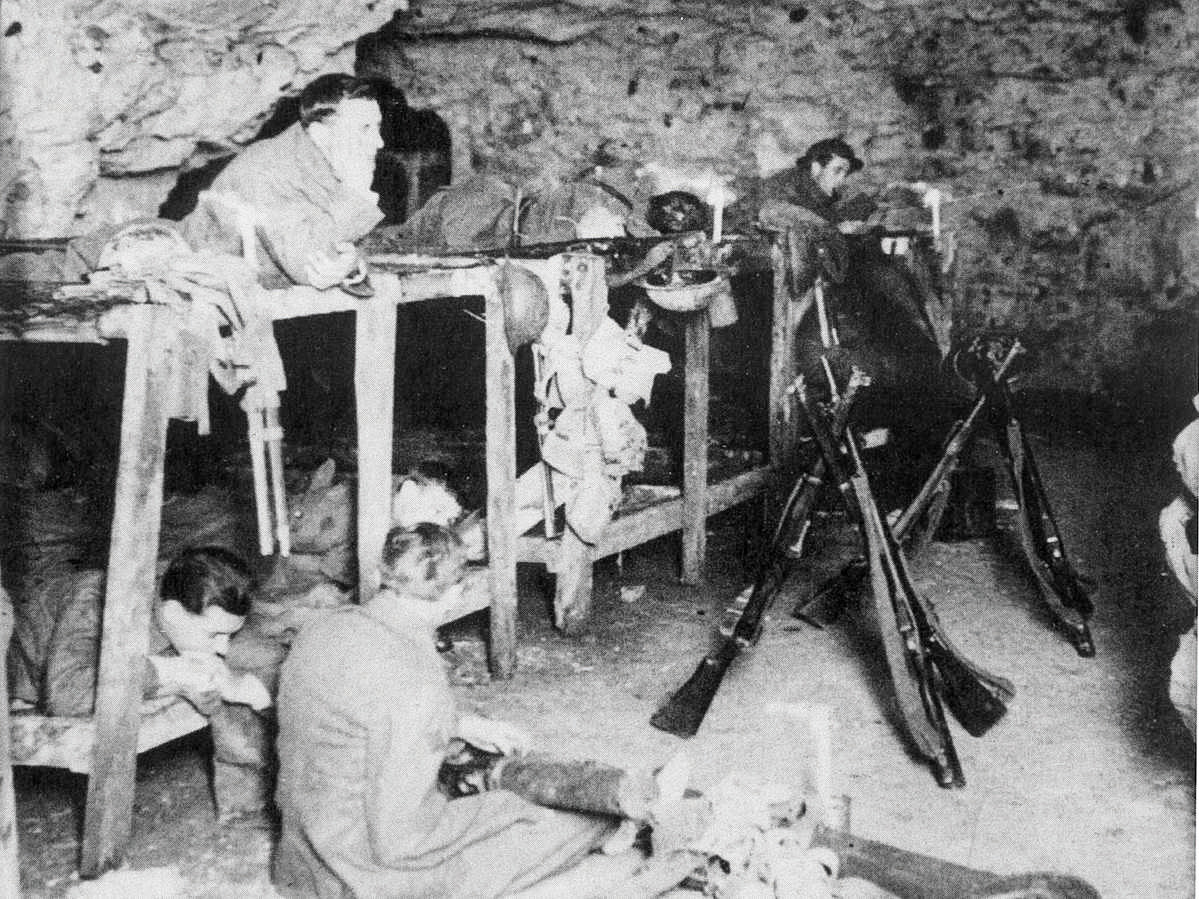 Fifteen metres below the soil of Arras, France, members of the New Zealand Engineers Tunnelling Company created a secret network of tunnels that extended beneath no man’s land as far as the German front line.

The tunnels connected former chalk quarries to create a underground military base more than two kilometres long, complete with electric lights, piped water, a telephone exchange, and even a light-rail network. At one stage it was home to almost 10,000 troops. Engineers named different parts of the network after New Zealand towns, and the walls were covered by graffiti and carvings made by Kiwi servicemen.

During the Battle of Arras in 1917, the British army used the tunnels to make a surprise attack on the German front. It became the most successive offensive since the beginning of trench warfare.

The tunnels continued to see use throughout the 20th century: they were air-raid shelters in World War II, then became nuclear fallout shelters during the Cold War.

Recently a University of Otago project surveyed the entire complex, and the data is now being transformed into a three-dimensional model which will allow people to ‘visit’ the tunnels, Google Maps-style, as part of the centenary commemorations of the Battle of Arras.