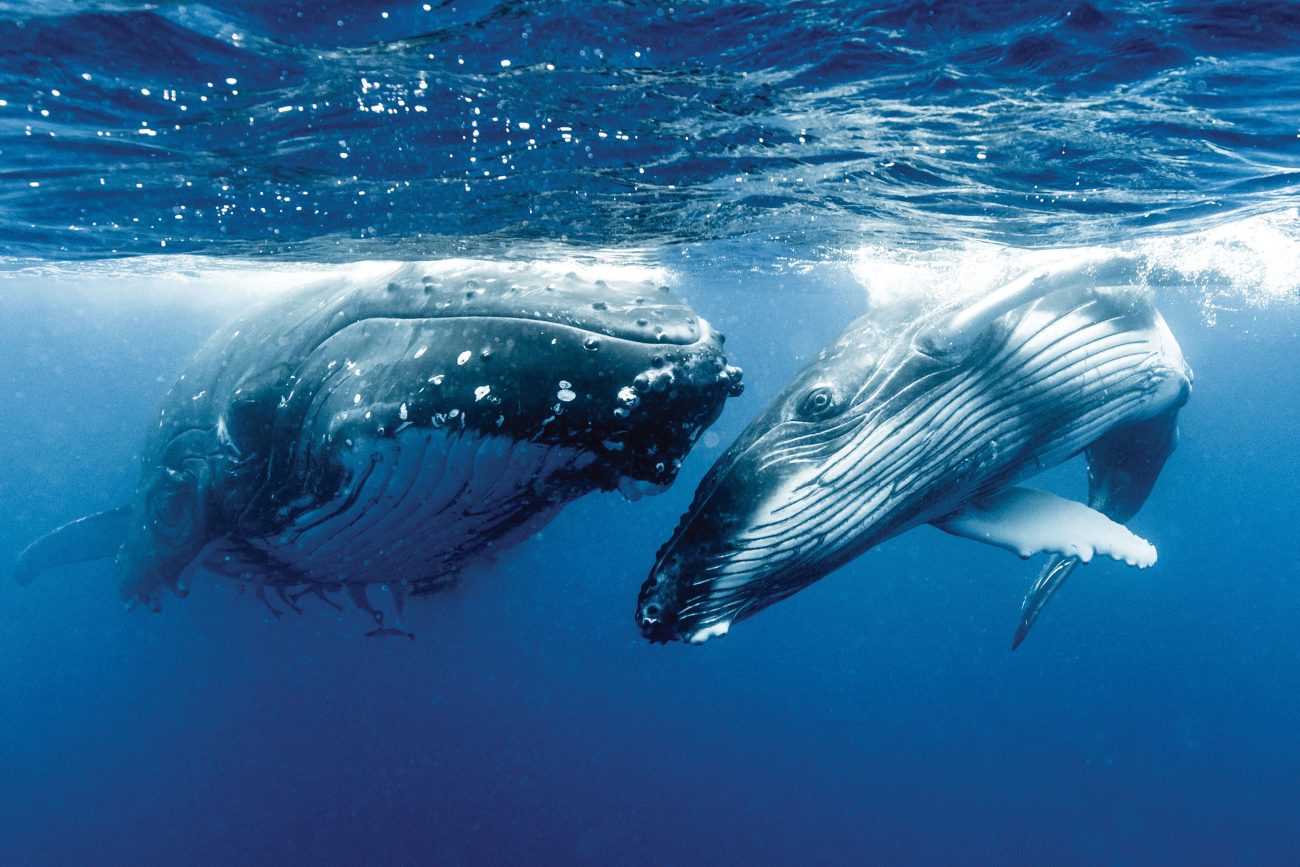 The ocean is awash with noise. The clicking of shrimp snapping their claws, the crunching of reef fish grazing, the rumble of a vessel passing overhead—sound travels fast underwater, and in all directions.

For animals that rely on sound for communication, such as whales, a cluttered soundscape can be stressful, causing them to change their behaviour.

To hear what whales hear—and map where they go—researchers deployed four acoustic recorders in the waters around central New Zealand, collecting soundwaves at various frequencies.

The recorders detected the ethereal calls of four whale species: pygmy blue, Antarctic blue, humpback and Antarctic minke whales. Pygmy blue whales were abundant in the South Taranaki Bight, with some visiting Kaikōura in autumn. The other species passed by New Zealand on their annual migration between the tropics and Antarctica.

The sound recorders also captured the whooshing ambient background of rain, tides, waves and wind, even earthquakes. Human-generated noises from seismic surveying and ships were also common, and at times overlapped with the whales’ calls. The researchers say this audio information helps identify places in the ocean where human noise might be limited for the whales’ benefit.

Whales aren’t the only animals facing hearing problems. Growing up in acidic waters can cause hearing damage in snapper, according to a different study by New Zealand and Australian researchers. Young snapper raised in conditions with elevated carbon dioxide levels were significantly less sensitive to low-frequency sounds. This diminished ability was attributed to changes in the structure of their ear bones and brain chemistry resulting from increased acidity.

Hearing is critical for many fish species, playing an important role across their lives: from larval fish deciding where to settle, to individuals synchronising for spawning, to making contact with others.