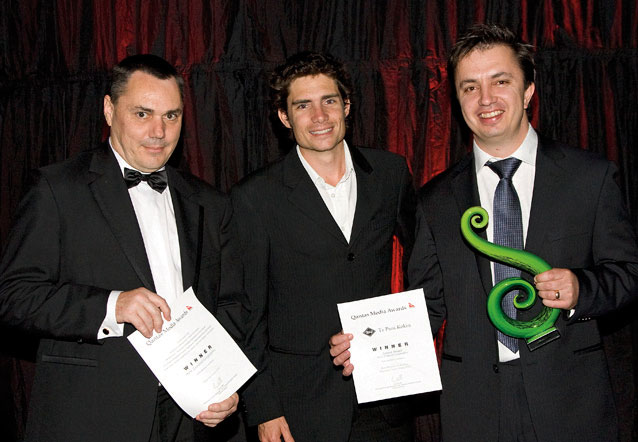 Six thousand years ago, our forebears in the Nile Delta realised that certain sta­ple crops could be cultivated rather than simply gathered. It was a key develop­ment in the history of human civilisation. We have just reached another milestone. For the first time in six millennia the economic sector employs more people than the agricultural sector—there are more people counting beans than mak­ing beans. Industrialised agriculture has allowed society to depart far from its agrarian roots, but again the world’s bur­geoning population is catching up.

As emerging middle classes in India and China demand meat products, feed­stocks have skyrocketed, making food unattainable for hundreds of thousands who have only just clawed their way over the poverty line. Food riots have broken out in Latin America and Africa where citizens starve. There have been consumer protests in Europe and panic in food-importing countries, uncovering a new national threat: food security.

King Midas wished that everything he touched turned to gold. He got his wish, but starved to death, because the food he touched turned to gold as well. It’s an enlightening parallel to the modern world. Money, after all, is only a sym­bolic construct, and if you can’t change it back into the real things it’s supposed to signify—such as food or fuel—it sim­ply melts away like the illusion it has always been.

The economic uncertainties in which we are embroiled are symptomatic of our deep investment in financial insti­tutions and, partly, detachment from the things that money stands for. While chasing the apparent prosperity of an export economy, New Zealand has rap­idly monetised its food production and focussed on international markets. Like ice to Inuit, we send Chinese gooseber­ries to China and sheep and beef to the countries that first supplied us with the species. Due to our geographic isolation, growers are turning to niche crops and high-value products to satiate the gas­tronomists of Europe. Midas’ warning rings in my ears—can we still feed our­selves, or has everything turned to gold, leaving us swimming in wine, olive oil, truffles and orchids with nigh a potato or sheaf of wheat in sight?

In this issue we turn to these ideas of agricultural production, and one change in particular. Genetic modification promises to feed the world by increasing yields, reducing pestilence and tailoring crops to endure drought or high soil sa­linity. Scientists can engineer grass that reduces greenhouse gas emissions from ruminants, produce pharmaceuticals in milk to prevent diabetes, or target desir­able characteristics in fruit. But are there hidden costs with GM food?

Will engineered genes corrupt other commercial crops, or wild species? Will New Zealand lose a market advantage for organic products? Will the technology even live up to the extravagant promises that have been made by its proponents? In global terms the potential for GM food is significant, but its future in New Zea­land is less certain. In this issue Warren Judd whips aside the curtain of public fear and scientific practice to examine the facts, international market perception and the role, if any, that GM may have in New Zealand agriculture. It’s a fork in the road we started down 6000 years ago, and most certainly food for thought.