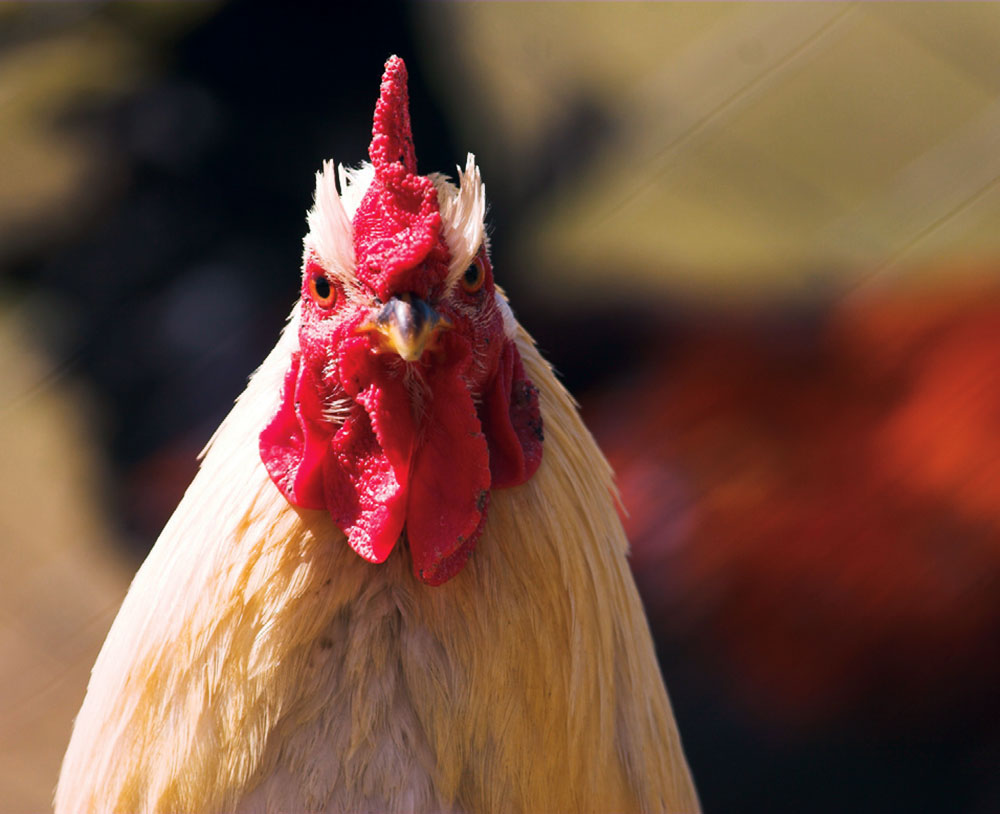 I knocked together a chicken coop in our backyard last week­end and populated it with three young pul­lets. With any luck they will grow to be prodigious  layers,furnishing my small family with eggs, eating our kitchen scraps and fertilising our compost with their waste. And when they’re done, we’ll eat them. It’s an elegant symbiosis (with the fleeting exception of the coup de grâce) that brings our suburban life one step closer to self-sufficiency and sustainability.

But it also brings us a step closer to the root of ills currently affecting the mod­ern world. Domesticated animals are a reservoir for incubating and mutating influenza-A type viruses, and the avian and swine flus that course through inten­sively farmed populations can, from time to time, leap into humans. Every now and again those viruses can be transmit­ted between humans as is the case with the 2009 pandemic, and was not the case with the avian flu SARS.

Such pandemics are symptomatic of high-density modern city life and living in close proximity to intensive agriculture that makes our urban habitat tenable. So it’s little surprise that the first major pandemic on planet Earth affected the most populated cities most acutely, and may even be partially responsible for the dawn of the modern world.

The Black Plague came in the 14th century, killing up to 80 per cent of the population in the Italian cities of Flor­ence, Rome and Sienna over four consec­utive years, and a further 30–60 per cent of the population elsewhere in Europe. But the pandemic also destroyed feudal structures allowing more democratic participation in science, art and thought, a social upheaval which ultimately led to the Renaissance. And by no coincidence this enlightenment began at the point of greatest mortality, Florence.

But as well as a portent of malady, viruses are also testament to the vigour of life. They are the simplest, most abun­dant and smallest forms of life, barely a 20,000th of a millimetre in size. And because of their short life-cycle and large numbers they are an example of evolution in overdrive—evolving in their modus operandi, constantly seeking new avenues, ducking barriers set to arrest them and surprising scientists with their virulence and capacity to adapt. By un­derstanding this almost magical mutabil­ity scientists are better able to prepare for the worst, a transmissible zoonotic viral pandemic, like swine flu.

Also in this issue Peter Quinn brings us a photographic documentary of Cook Islands’ festivals more than a year in the making, and Derek Grzelewski a dog’s tale of husky racing in the Pisa Range. Continuing south, Rod Rust traces the genesis of big-wave surfing on the frigid Southland coast, Brian Skerry frames a photographic portrait of the southern right whales in the Auckland Islands, and the Viewfinder spread captures mid­winter at the South Pole. So enjoy these pages—a journey the length and breadth of New Zealand’s backyard, from the ti­niest most virulent form of life to the larg­est and rarest.