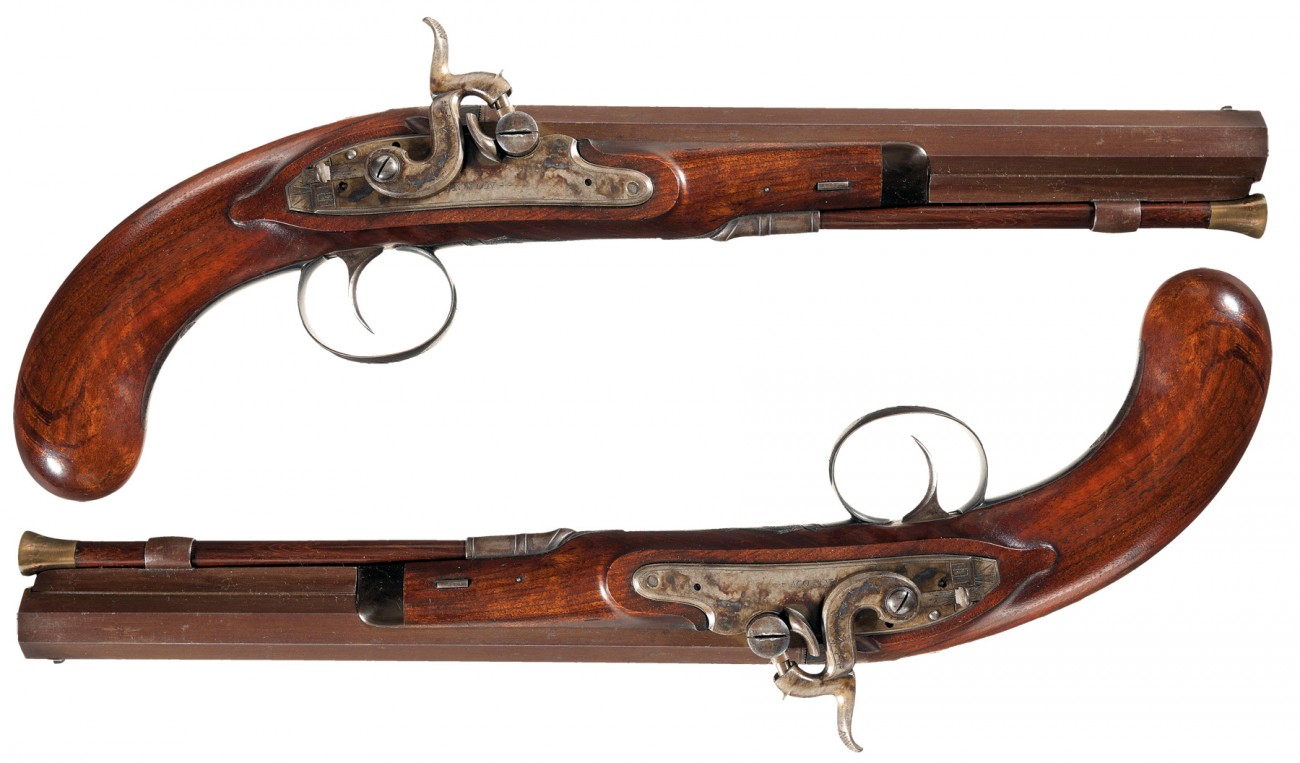 On Monday 26 February, 1844, solicitor Hugh Ross stood in Wellington’s Sydney St gully, near a brick kiln, facing fellow lawyer William Brewer. Both gripped loaded pistols. They were there to put an end to a quarrel that had arisen in the Wellington County Court over the reputation of a third man, police magistrate Arthur McDonogh.

The duellists both nursed troubled pasts, as indeed did McDonogh. Ross had emigrated from Scotland to Australia in 1822, where he eventually rose to the position of Crown solicitor. In financial difficulties by 1840, he was charged with embezzling Crown funds. He got off on a technicality and quit Australia for New Zealand, where he set up in Lambton Quay as a lawyer in 1842.

Brewer and his brother Charles were among the first lawyers to practise in New Zealand, arriving in the Bay of Islands in 1840. Brewer soon had recourse to a pistol in Kororāreka, calling out John Kelly, a surveyor, over continued teasing about a young woman. In the ensuing duel on Oneroa Beach, Brewer shot away part of Kelly’s wig.

Four years later, against Ross, he was not so fortunate. Having spared his adversary by discharging his own pistol high in the air, Brewer was himself struck in the groin. He was immediately carried to the house of the surgeon present, Dr John Dorset.

“During the first few days it was hoped that his life was safe, but appearances afterwards became unfavourable, and [seven days after receiving the shot] about six in the evening Mr Brewer breathed his last,” reported the New Zealand Gazette and Wellington Spectator.

It was the country’s first duelling death. A coroner’s inquest found insufficient evidence to prove who had inflicted the fatal wound. It was an outcome that would have surprised no one. Duelling was a serious crime throughout the British Empire and had always been illegal for civilians. It was highly unlikely that anyone who had been involved in the shooting would have been willing to testify.

The Gazette took the opportunity of the duel between Brewer and Ross to argue for an end to “the barbarous practice”. It was not a lone voice. The tide was turning on what, in effect, was murder sanctioned by etiquette. An anti-duelling association had been formed in England in 1843, and in 1844—the year of Brewer’s death—the British government decreed that any officer who survived a duel would be court-martialled.

It seems, however, that Ross himself was not unduly affected by what had taken place. Just three months later, in May 1844, his daughter married McDonogh and Ross made a wedding present of the duelling pistols that had silenced his son-in-law’s detractor. It was to be a fateful gesture. McDonogh was an inveterate gambler and in October 1852, fearing exposure for an earlier theft, he took his own life with one of the duelling pistols, leaving Ross distressed and his daughter and her child with scant inheritance. Anyone recalling the quarrel that precipitated the Sydney St duel must have been tempted to see the second shooting as a belated vindication for Brewer.

New Zealand’s last recorded duel took place in a dingy Queen St office in Auckland on July 12, 1935. The adversaries—an English officer and a Russian visitor—used swords. No one was killed.