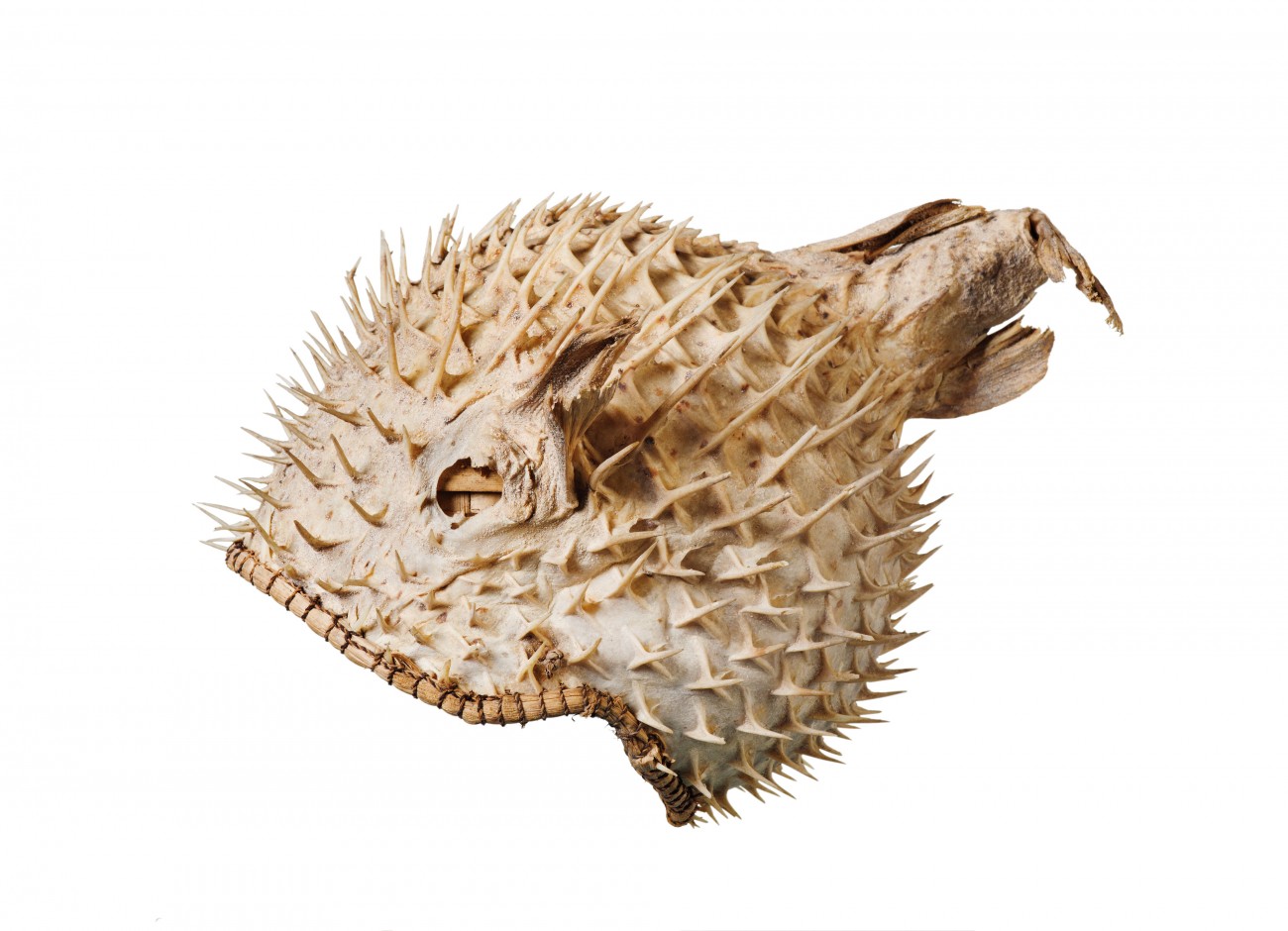 The puffer fish contains poison 1200 times deadlier than cyanide, with no known antidote. For warriors of Kiribati from the 17th to 19th centuries, the spiky fish was worn as a helmet, projecting that impression of danger to their opponents.

Until the British Government intervened in the 19th century, fighting was common in Kiribati, a chain of Micronesian coral atolls straddling the equator. Spectacular battles erupted between clan groups over a perceived insult, resources or honour.

Kiribati boys were raised to be warriors, and would train with daggers, lances and fighting clubs made for hitting and stabbing. Between the age of 20 and 25, the cadets went through a series of ceremonies before becoming a warrior.

In preparation for battle or a duel, a warrior suited up in armour crafted from the scarce resources available on the lowlying atolls and surrounding sea. His outfit was made mainly of plaited coconut fibre, shaped into trousers, and a short shirt, or coat. The coat, or shirt, featured a cone-like collar that encased the warrior’s head, with a rectangular hole left for vision. A waistband made of stingray skin held the suit in place.

The head-to-toe outfit shielded the warrior from thrusting spears—set with two rows of shark teeth, measuring more than three meters long—daggers, clubs and throwing sticks, and was unique among Pacific cultures. Once in battle, however, the Armour was so rigid that it was difficult for the warrior to move, or pick up weapons. A warrior’s assistant was common.

To complete the ensemble required a helmet made from a puffer fish. The fish, inflated when caught, would be buried in sand and, after one week, just its swollen skin would remain. The spiky skin would be stretched across a plaited lining, or coconut shell. The tail would form a peak at the back, and the pectoral fins would create wing-like structures on each side.

The warrior tradition was lost once the British intervened in the conflicts, as were many of the weapons and armour.