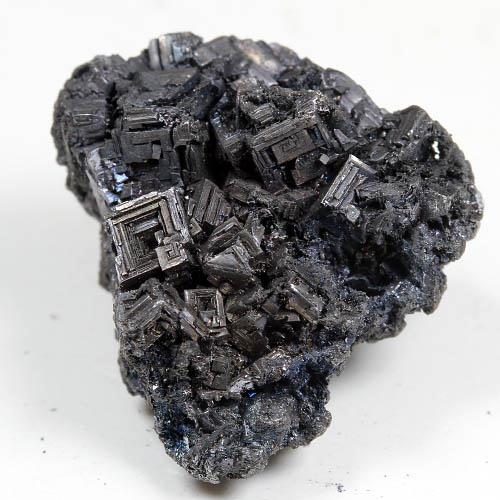 One particularly charming piece talked about his love of the periodic table of elements. As someone who spent many years studying chemistry, I felt some affinity for this topic. (Hydrogen, helium, lithium, beryllium, boron, carbon, nitrogen, oxygen . . . I still remember the early elements by heart.)

The twist Sacks brought to the subject concerns the fact that in recent years, on his birthday, friends have been sending him the element whose atomic number equates to his age. So he received a piece of thallium when he was 81, a circle of lead when he was 82, and, a few weeks ago, a friend sent him several animals made of bismuth for his 83rd—though both knew he was unlikely to see that birthday.

Sacks wrote: “Bismuth is element 83. I do not think I will see my 83rd birthday, but I feel there is something hopeful, something encouraging, about having ’83’ around. Moreover, I have a soft spot for bismuth, a modest gray metal, often unregarded, ignored, even by metal lovers. My feeling as a doctor for the mistreated or marginalized extends into the inorganic world and finds a parallel in my feeling for bismuth.”

Much will be written in coming days about this inspirational scientist. In The New Yorker, a fellow medical writer, Jerome Groopman, noted that his friend “questioned absolutist categories of normal and abnormal, healthy and debilitated. He sought to locate not just the affliction but a core of creative possibility and a reservoir of potential that was untapped in the patient. . . . he practiced what might be called the medicine of friendship, showing genuine interest and respect to people who are often shunned.”

At a time when the US media seems infatuated by egomaniacal Donald Trump (“Show me someone without an ego,” says Trump, “and I’ll show you a loser.”), it is refreshing to see the tributes to a man who exemplified a different spirit. “I have loved and been loved; I have been given much and I have given something in return; I have read and travelled and thought and written. . . . Above all, I have been a sentient being, a thinking animal, on this beautiful planet, and that in itself has been an enormous privilege and adventure.”