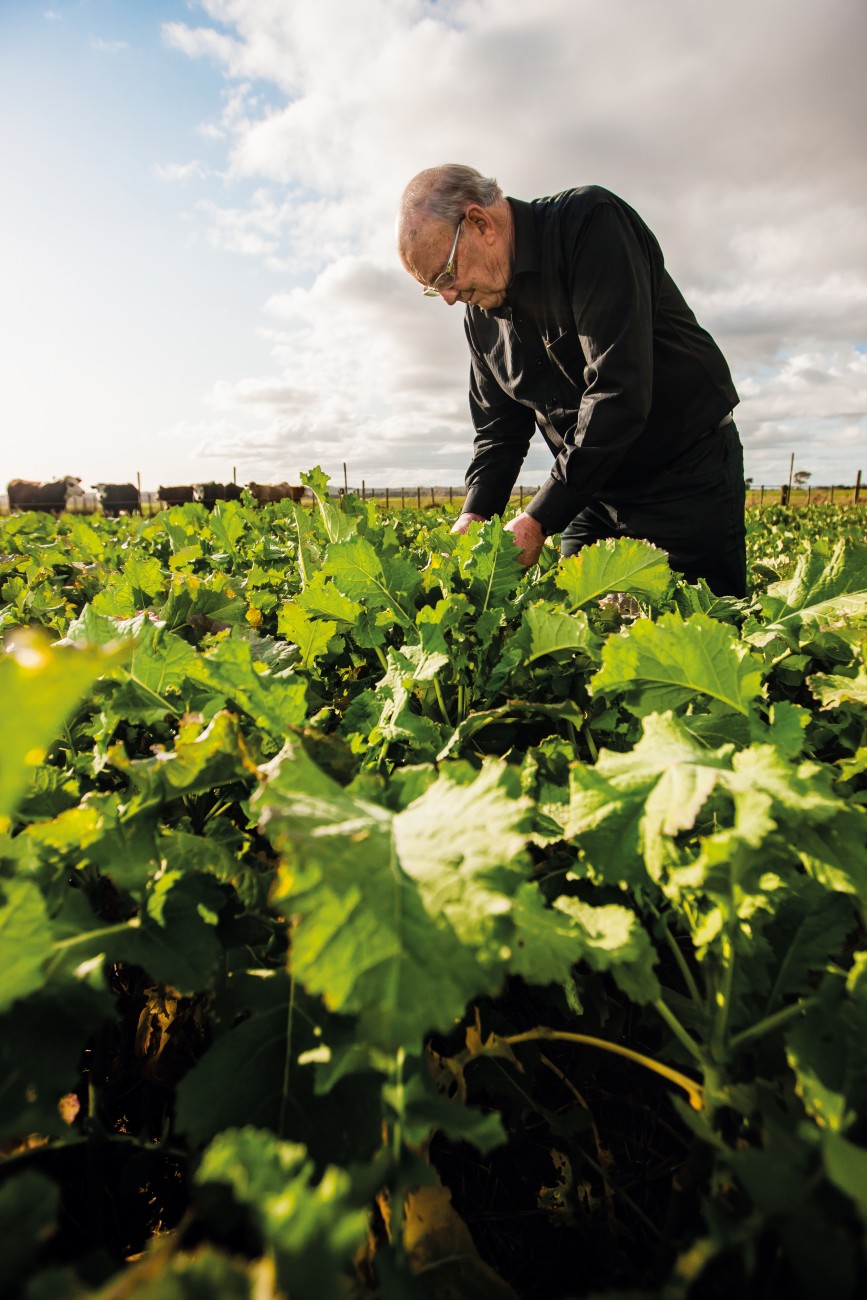 Growing up on his parents’ dairy farm in Drury, south of Auckland, John Baker never really took to cows. He preferred tinkering with farming equipment to the repetition of milking twice a day, and spent several sets of spring holidays modifying machines for harvesting silage. At university, he ditched dairying entirely to study arable farming. “It involved machinery,” he laughs. “Dairy is about cows and nutrition, but cropping is about big toys.”

At 27, Baker was searching for a research topic when he stumbled across a seed-planting system that was, on paper, more effective than what farmers were doing at the time: ploughing, tilling, then sowing.

The plough has been a fixture of arable farming for thousands of years, but the ‘no-tillage’ method abandons it entirely. Trouble was, no-tillage had been already attempted on New Zealand farms in the 1960s and failed, but Baker thought the science was sound, and he set about figuring out why it hadn’t worked.

No-tillage involves leaving the remains of harvested crops on the surface of the soil to decompose, drawing carbon into the earth and nourishing worms and microbes. If seeds are planted just below this surface layer, they thrive. Ploughing typically removes this layer and disturbs the soil, gradually stripping it of nutrients. If ploughing is invasive surgery, says Baker, then no-tillage is keyhole.

He found that the failure of existing no-tillage technologies was due to the fact that machinery couldn’t cut through crops and plant matter already present on the soil’s surface—so he set about dreaming up one that could. Baker and his team of 27 students determined what the Cross-Slot seed drill would look like, how it would function, and how much better the soil would perform as a result. Then they sat back in satisfaction.

“We were naively waiting on Monday morning for the agriculture industry to knock on the door,” says Baker. “We believed that if we developed this really good technology, everyone would want it. We really did think there would be inves­tors all over it.”

In the late 80s, Massey University put the Cross-Slot on the market, and it was licensed to an investor in the United States. Events took a turn for the dramatic: a fraudster threatened to derail the project, a manager was killed in a plane crash, and the next company to hold the licensing rights collapsed but refused to relinquish them. Baker clung on. It wasn’t until 1998 that he finally owned the invention. “The thing that drove us through all of those years was just the logic that if we don’t do this, it is not going to happen,” he says. “It might take 100 years for someone else to get into the same wavelength.”

Baker knows that the world doesn’t have a century to figure out how to grow food more effectively. The soil currently used for arable farming in New Zealand has up to 70 harvests left before it degrades to the point that it’s “just talcum powder,” he says. “The produc­tivity of the soil depends on the amount of carbon and organic matter that is in it.”

Baker has always believed that logic will win the day, but he reckoned without the interia of tradition. “You get an awful lot of this—‘Don’t tell me how to treat my soil, sonny, I know more about this than you do. If I’m tilling the soil I’m doing what my daddy did and he’s doing what his daddy did before him’.”

Not that his work has gone without recognition. He’s been nominated for the US$250,000 World Food Prize twice, has the endorsement of the United Nations’ Food and Agriculture Organization, was named an officer of the New Zealand Order of Merit in 2006 for services to agriculture and has published more than 80 scientific papers on the no-tillage method.

But Baker will only rest when his inven­tion is widespread in countries with poor-quality arable soils. His company is looking at licensing the Cross-Slot again, more carefully, this time, to a distributor that’s better connected worldwide. At 74, Baker is content that he feels the technology is “past the point of no return”, but he’s hoping he’ll see it become mainstream in his lifetime. He laughs: “I’m still waiting for that knock on the door on Monday morning.”