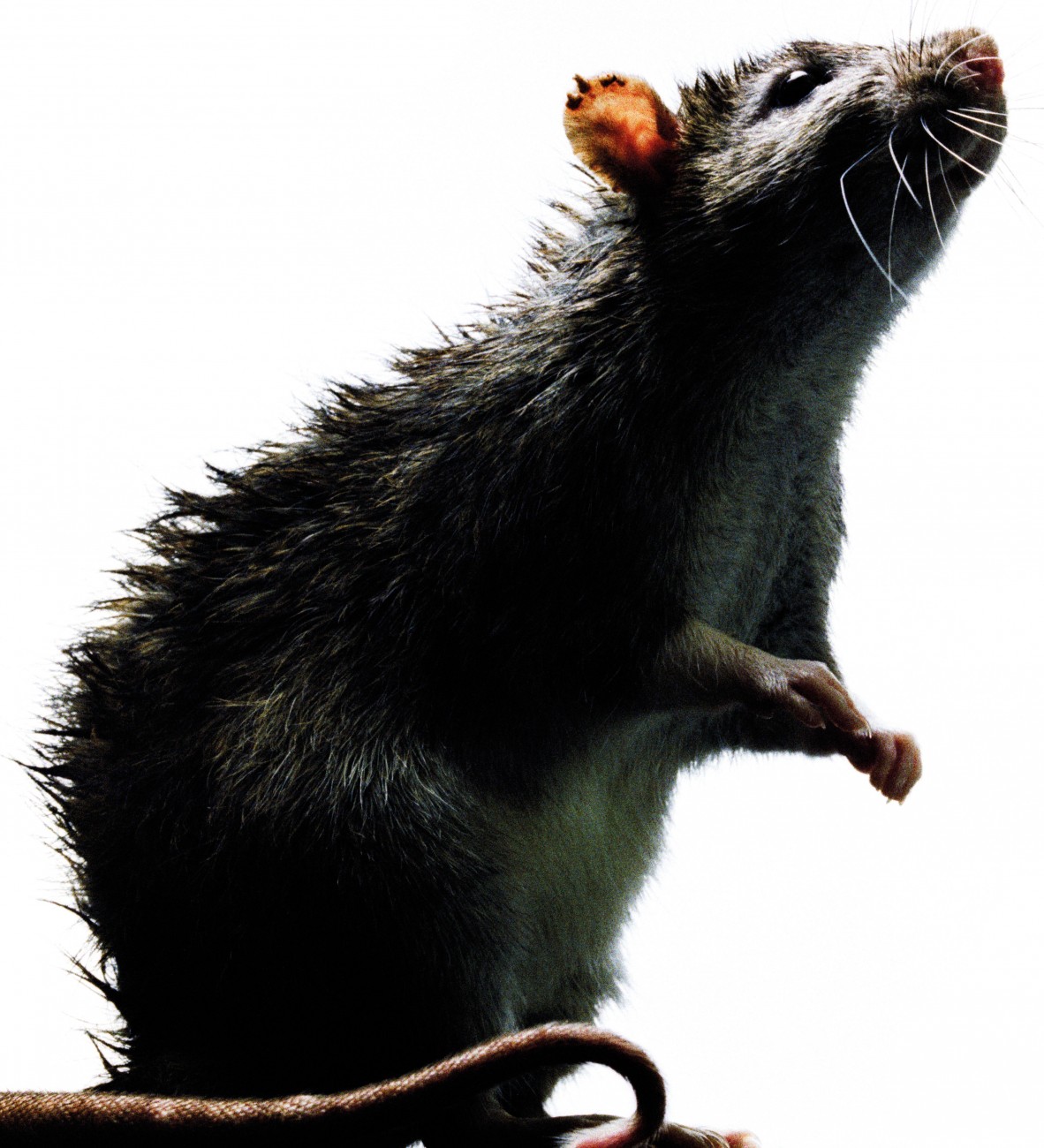 Innovative imaging techniques have revealed that rats are the chameleons of the mammal world—their eyes are constantly moving in independent, and often opposite, directions.

The movement allows the rats to avoid avian predators such as owls by maintaining binocular vision overhead.

In an experiment, scientists from the Max Planck Institute for Biological Cybernetics in Germany hitched tiny cameras to the heads of rats, leaving them free to move, and tracked the eye movements along with the pitch, roll and yaw of the head.

The eyes moved independently—directed away from each other, one up and one down, or cross-eyed. Curiously, while this erratic scan­ning gives rats binocular vision overhead, it doesn’t provide a continuously fused image such as primates have—the visual fields of rats, while overlapping, are never perfectly aligned. Rats can perceive depth, but they effectively have double vision.

Jason Kerr, co-author of the study, wonders whether fused vision is the norm at all in the animal world. “Forty percent of mammals are rodents, so maybe conjugate eye movements like those seen in humans and primates might be the outlier when it comes to mammalian vision.”