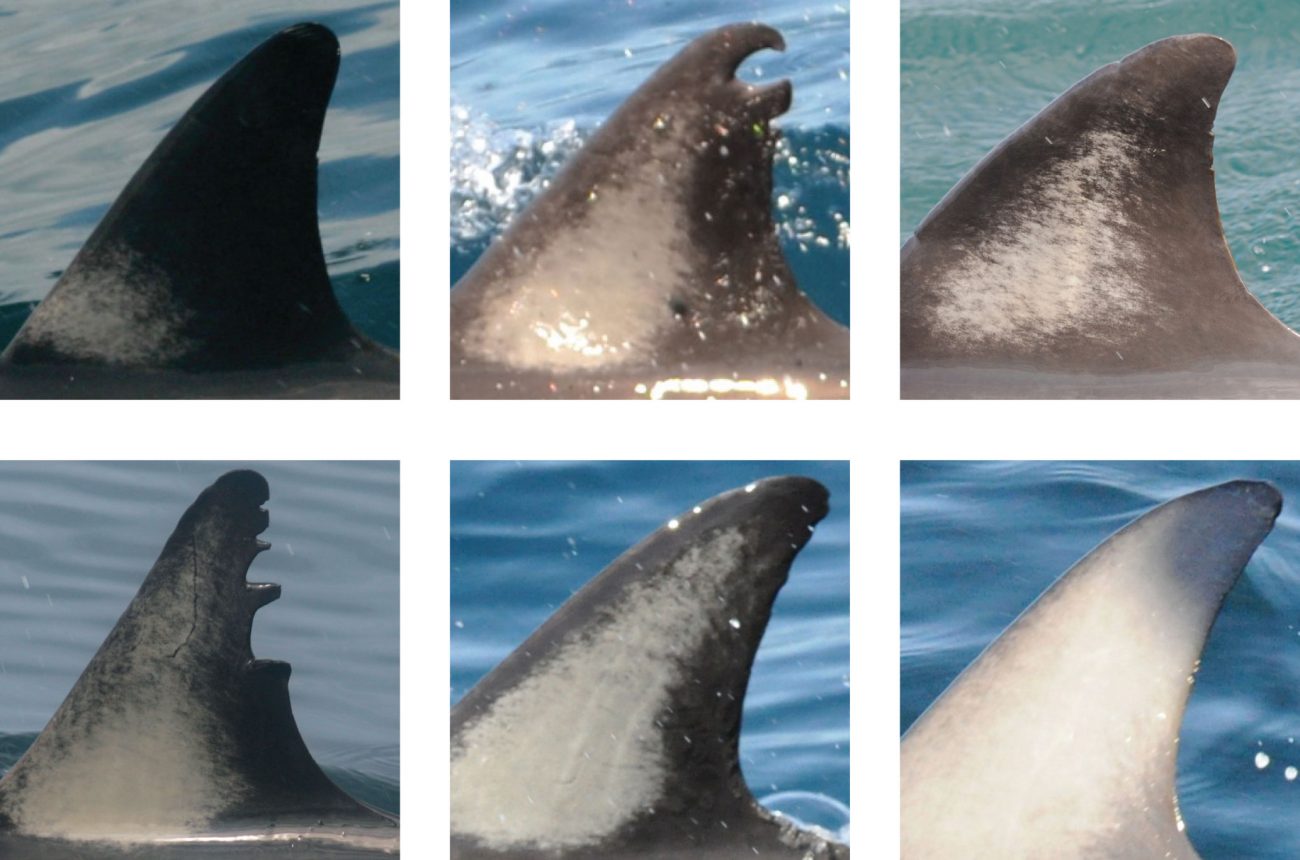 Ninety-five per cent of common dolphins have a unique ‘fingerprint’ of pigmentation on their dorsal fin that lasts a lifetime. Scientists hope machine learning could use the dolphin photographs taken by people all around New Zealand to track where the dolphins travel.

Common dolphins occur around the globe, and it was thought they were too numerous and similar to tell individuals apart—there are thousands that swim in the Hauraki Gulf alone. Currently, dolphins are told apart by the nicks and notches on their dorsal fins—scars received socially or from boats or fishing lines. These accumulate over a dolphin’s lifetime. Bottlenose dolphins are very social and may acquire many scars, but 50 per cent of common dolphins have no scars at all.

Scientists from Massey University and NIWA used 240,000 photos of nicks and notches to manually identify 2083 individuals in the Hauraki Gulf. Then they demonstrated that over ten years, the pigmentation on common dolphins’ dorsal fins doesn’t change, making it a reliable mark of identity.

Lead researcher Krista Hupman is now developing an algorithm that will identify dolphins, and hopes that photos of individuals taken by recreational boaties and tourism operators could be used to get a better understanding of how many dolphins there are, where they go, and how they behave.