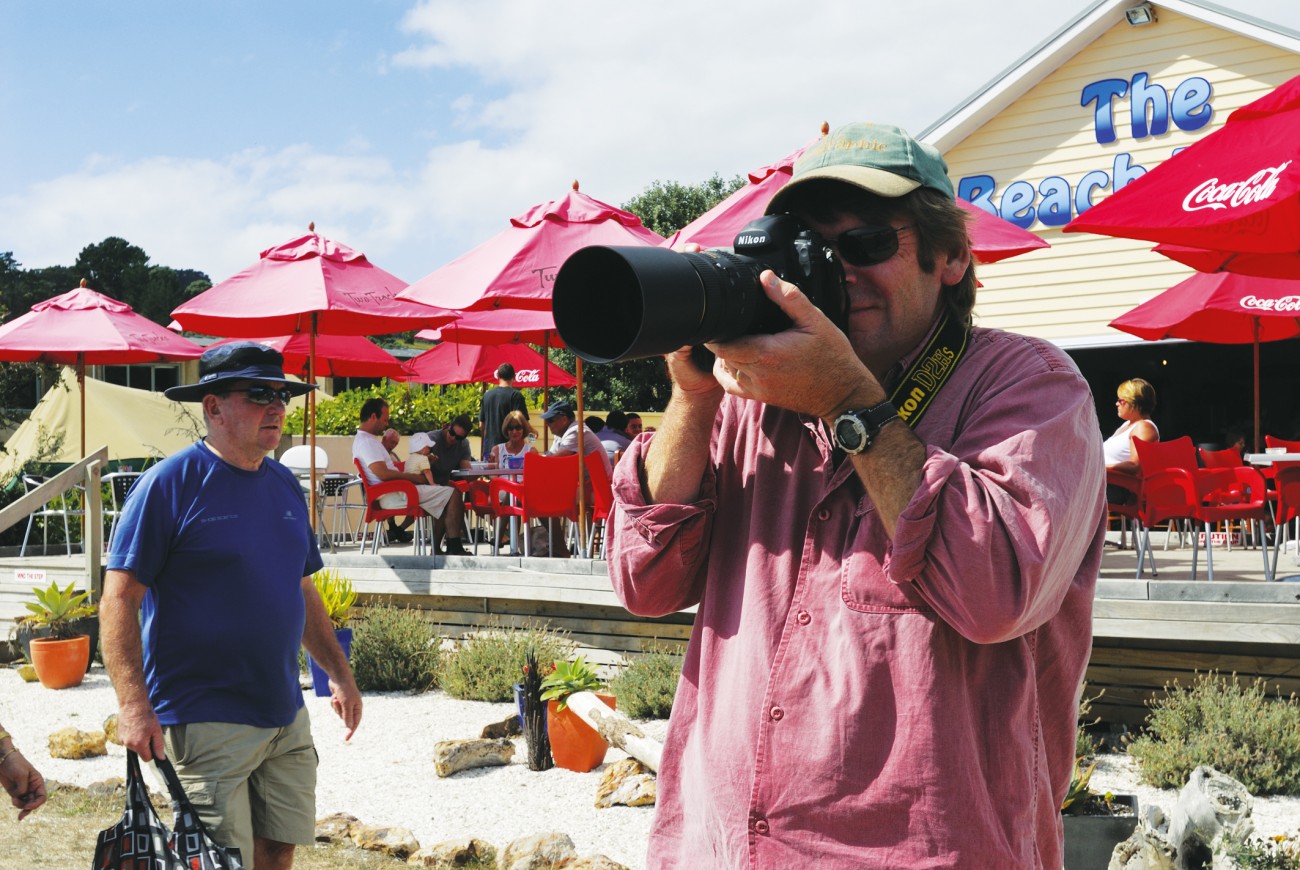 Peter Quinn came late to photography, having “misspent” his youth surfing and occupying dozens of industrial jobs, from commercial fishing to construction. But those early experiences gave the burgeoning photographer an affinity with the subjects that were to populate his assignments over the subsequent two decades.

Quinn’s first assignment for New Zealand Geographic took him deep into the seasonal surge of whitebait on the West Coast. And while Geographic photographer Arno Gasteiger scooped what Quinn calls “the plush assignments”—to the Cook Islands, Tokelau, Chathams—Quinn was sent into the bowels of the Earth chasing stories on industries such as coal, gold, even transport. But he soon learned that that was where he belonged.

“They weren’t really stories on industries so much as dense social history, and that was where I liked to be.”

These ingredients of everyday life were Quinn’s ticket into the lives of others, which took him down mine shafts, along the main trunk line, offshore on fishing boats and on long pilgrimages to the most remote corners of New Zealand, over a career that spanned an enormous period of change for New Zealanders.

“Technology changes things rapidly,” he says. “I was photographing wizened old miners using ‘bore and blast’ mining techniques, then going along the road where they were using million dollar machines to do the same job in a fraction of the time. It became obvious to me that everything in New Zealand was going through this huge revolution, and that needed to be captured—industry was in its twilight.”

The revolution which he captured on film seems to be complete now—fleets of trucks have usurped the owner-operators, industry has become corporatised, monopolised.

“I lament the loss of that frontier country, and that the pioneering age seems to be over. The industrial knowledge that was once passed from one generation to another over the meal table has been replaced by degree courses. Now it’s about mass, decisions are made differently, and the wealth being generated is apparent.”

But in some corners of the country that pioneer spirit seems intact. Quinn photographed the Waiheke feature in this issue where, he says, “mega-wealth rubs shoulders with the dirt track racer. Every man on that island is an island—they have to be self-contained, dig their own septic tanks, collect their own water, sometimes even generate their own power, all a stone’s throw from the nation’s commercial hub.”

Quinn is now working on features for New Zealand Geographic on Marlborough, Tuhoe and Auckland’s Western Ring motorway project—where his boot soles remain, firmly anchored to the Manukau extension, having parted company from his boots under the intense heat of curing asphalt.

While observing the lives of others has been Quinn’s consuming passion for two decades, each assignment was merely another fragment of a larger work, a sort of visual discussion on who we are as New Zealanders. This will take shape in late September this year in a hardback book, published by New Zealand Geographic, of two decades of Quinn’s work.