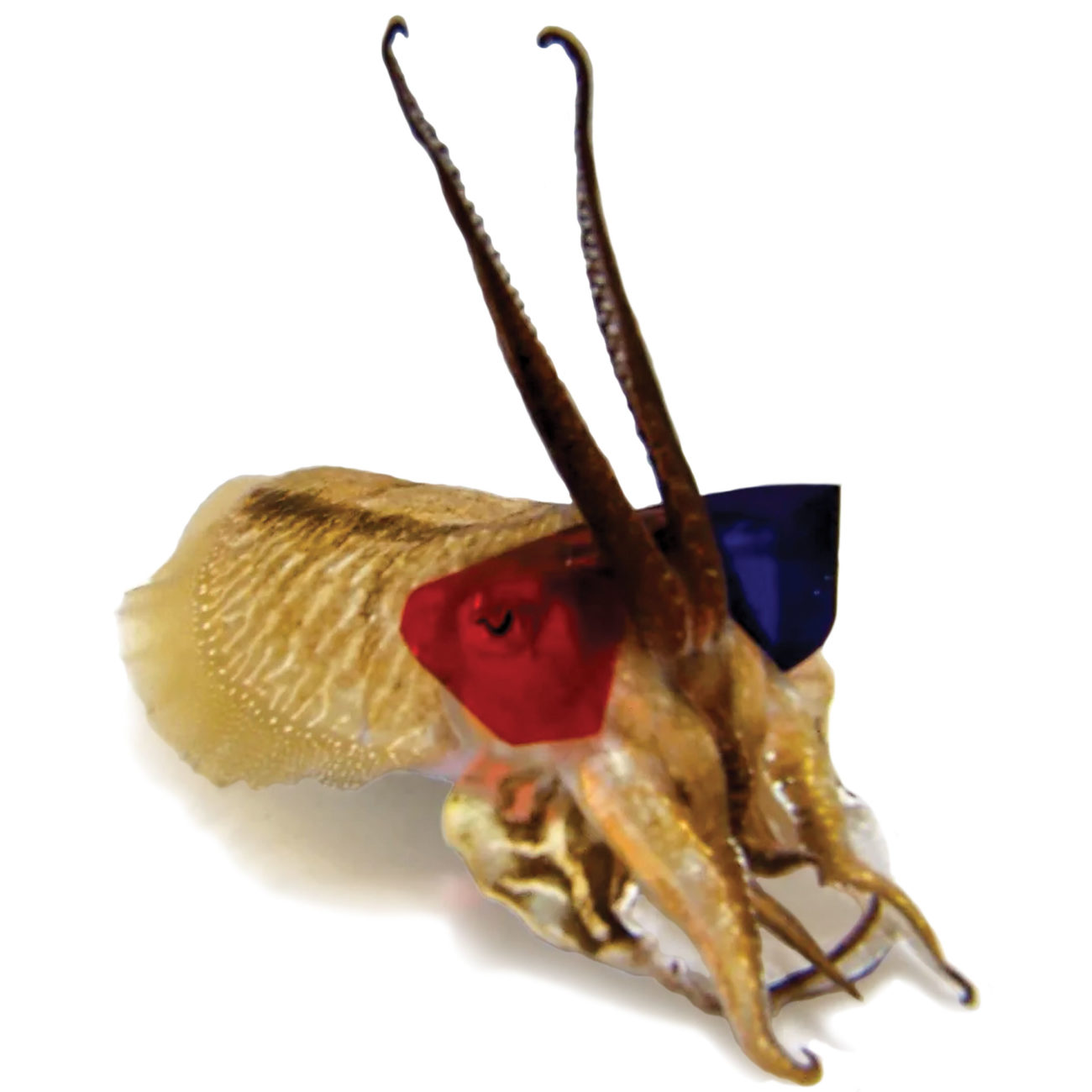 How does a cephalopod see the world? If you’re a cuttlefish in this experiment, you see it through a pair of 3D glasses, and your world is lit by videos of shrimp.

This was the unlikely experimental set-up of a research project in the United States that investigated just how the cuttlefish (Sepia officinalis) is able to snatch prey with its tentacles while its eyes swivel independently. The cuttlefish’s relatives, octopuses and squid, don’t have 3D vision, but researchers suspected that cuttlefish do.

Humans see in three dimensions thanks to a process called stereopsis, or depth perception: each eye, when looking at the same scene, perceives each object being in a slightly different position. Our brain triangulates, allowing us to accurately measure the objects’ distance from us. But what happens when your eyes look in different directions at the same time?

This is where the 3D-spectacled cuttlefish come in. Participants were dubbed Supersandy, Sylvester Stallone, Long Arms and Inky, and introduced to their underwater movie theatres. Like 3D cinema technology, two identical images of shrimp were projected so that each cuttlefish eye would perceive them in a slightly different position. Some of the shrimp would appear to be in front of the screen and others behind it. If the cuttlefish were using stereopsis, their eyes would combine the two images to give 3D information, and they would strike with their tentacles accordingly.

This is exactly what happened. When the cuttlefish ‘saw’ a shrimp projected up close, they reversed and shot their tentacles out in front of them. Then, when the shrimp appeared to be further away, the cuttlefish swam right into the wall of the tank in pursuit of it.

The cuttlefish were seeing with stereopsis, but they weren’t using the same neural circuitry to process the images as humans. For instance, they didn’t have perception problems when one of the two images was brighter than the other, as humans would, or when one eye looked in a different direction. This suggests that what the cuttlefish visualise is different from what humans perceive.

Another recent study that delved into the complex brains of cephalopods mapped the mind of the bigfin reef squid (Sepioteuthis lessoniana) with MRI, creating an atlas of its neural connections. The researchers, from the Queensland Brain Institute at the University of Queensland, identified new connections among the squid’s 500 million neurons, the majority of which were connected to vision or movement. Their brains, say the researchers, approach those of dogs in their complexity: squid can count, solve problems, recognise patterns, and camouflage themselves, despite being colour-blind.