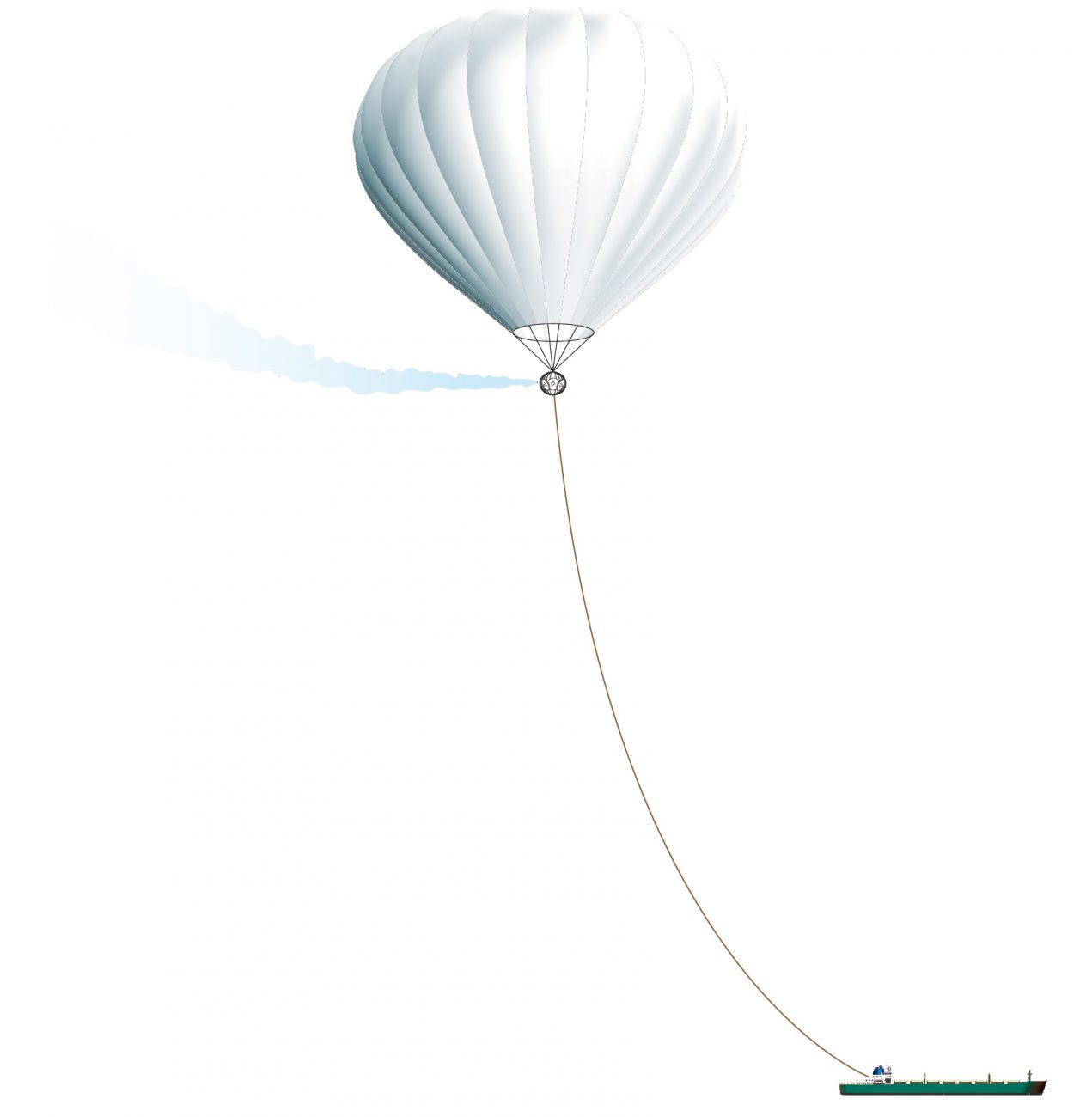 Despite international efforts to decrease greenhouse gas emissions, carbon dioxide concentrations have been rising. And in a climate of growing uncertainty, science-fiction-like ideas are attracting public and political interest. Fertilising the sea with iron to stimulate phytoplankton production, sequestering carbon dioxide deep in the ocean or underground, and positioning giant solar reflectors in space are just some of the notions that have received attention recently.

All methods are based on one of two principles—solar radiation management (reflecting solar radiation back into space) or carbon dioxide removal from the atmosphere. Perhaps surprisingly, a recent report from the Royal Society determined that the former may be cheaper.

This year, in an in-depth article in The Chemical Engineer, former United Kingdom government adviser and engineer Peter Davidson proposed an enormous tethered balloon filled with 1.5 million tonnes of light-scattering titanium dioxide particles. On annual trips into the stratosphere, it would release its cargo to blanket the skies above us, reflecting 1 per cent of sunlight back into space.

“While it’s essential that we work on reducing carbon dioxide emissions now, it would be wise to have a tested emergency system in reserve as an alternative,” says Davidson.

It’s a plan that is feasible now. “Solar radia­tion management can be done,” says New Zealand climate scientist Greg Bodeker. “Bill Gates could do it if he wanted to.”

However, Bodeker is quick to warn that computer models have not yet agreed on the side effects, and chemistry of the stratosphere aside, a more visible consequence of solar radiation management might be the whitening of the skies.

“If carbon dioxide emissions are not reduced, it may be necessary to resort to this sort of geoengineering,” says Bodeker. “And imagine people recalling old times when ‘the sky was once blue.’”