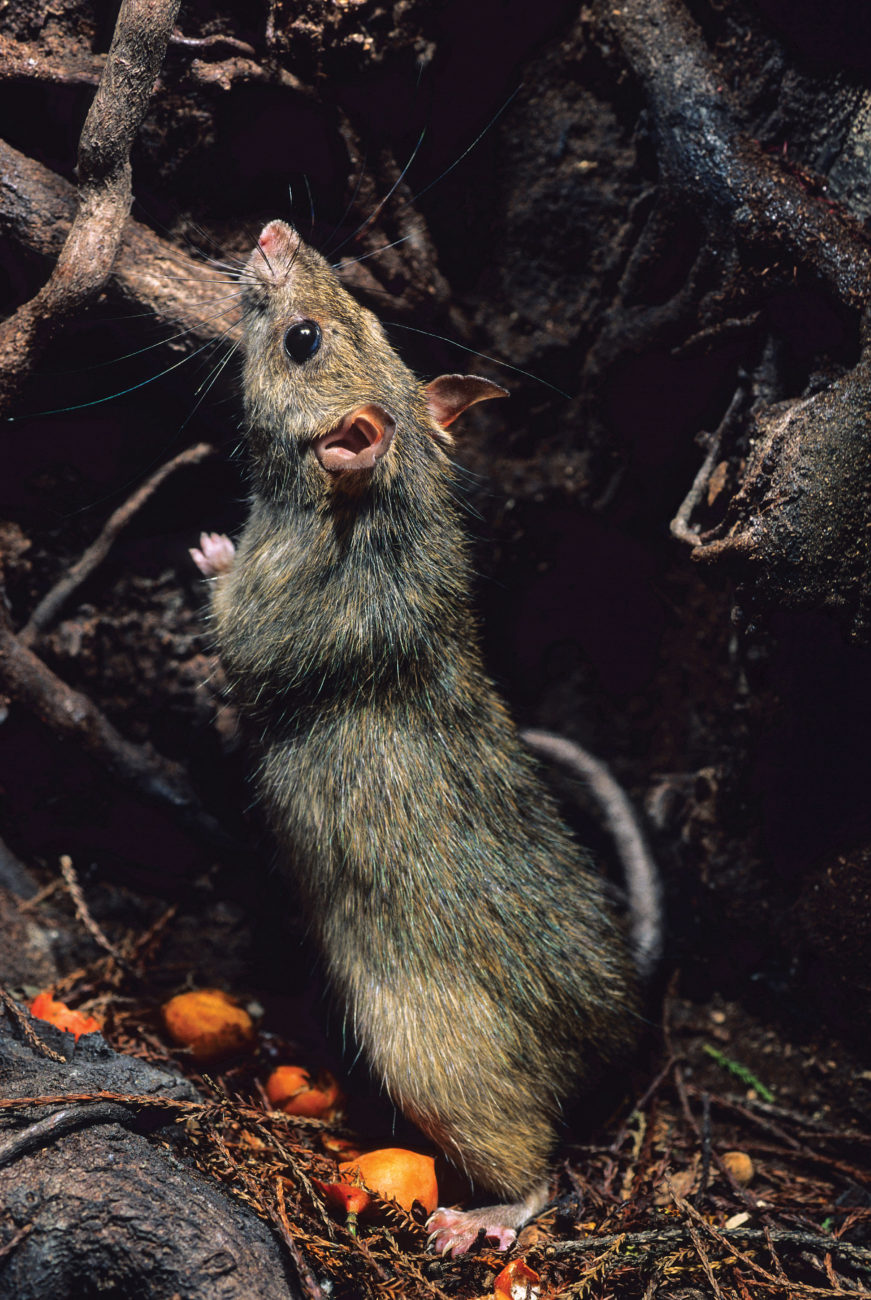 On a September morning in 2015, conservation biologist James Russell strolled down his street in Swanson, West Auckland, to a small bush reserve to check his rat boxes. He noticed movement in one of them, and peeked inside. Beady black eyes stared back: a male ship rat, lured to the live-capture trap by peanut butter. There was nothing unusual about the rodent, but it was destined for an unusual fate: providing its DNA so that the genome of its species could be determined.

Geneticists estimate there are between 20,000 and 25,000 genes in the ship rat genome—around the same number as in the human genome. Each of those genes is made up of dozens of nucleotides, or bases. These molecules—roughly three billion of them—are the fundamental chemical building blocks of life.

Now, after years of sequencing and analysis, the genetic blueprint of Rattus rattus has been released.

Rattus rattus goes by several common names. It is the ship rat, because it made its way around the world in the 1800s. It is also known as the black rat—though black is only one of its colour variants, or morphs. It is also sometimes called the plague rat, because it was implicated in spreading the Black Death through Europe in the 14th century—a pandemic that killed between 75 million and 200 million people.

Russell calls it the island rat, because it is the rodent that has wreaked the greatest ecological havoc on islands around the world.

“If you had a pristine island, Rattus rattus is the rat you would least want to come ashore,” he says.

As a predator, Rattus rattus is formidably well equipped. Its flesh-piercing incisors are self-sharpening and keep growing throughout the rat’s life. It not only climbs trees with alacrity, but can scale rough vertical surfaces and traverse fine wires without falling. It is one of the most widespread mammals in New Zealand, though it is rarely seen because it is nocturnal, often lives in the forest canopy, and is temperamentally shy. But its impacts have been devastating. It was instrumental in the loss of such taonga as huia, native thrush, laughing owl and South Island kōkakō, and has drastically reduced populations of stitchbird, saddleback, mohua and kākāriki.

Not surprisingly, it is one of the target species of the Predator Free 2050 eradication campaign, which helped fund the genome work. The development of species-specific toxins, for example, will be greatly enhanced by knowing the genetic architecture of the animal.

Now that the genome is known, the next steps will be working out which parts of it are involved in controlling the immune system, or reproduction, or diet—all aspects that could be useful in eradicating the species.